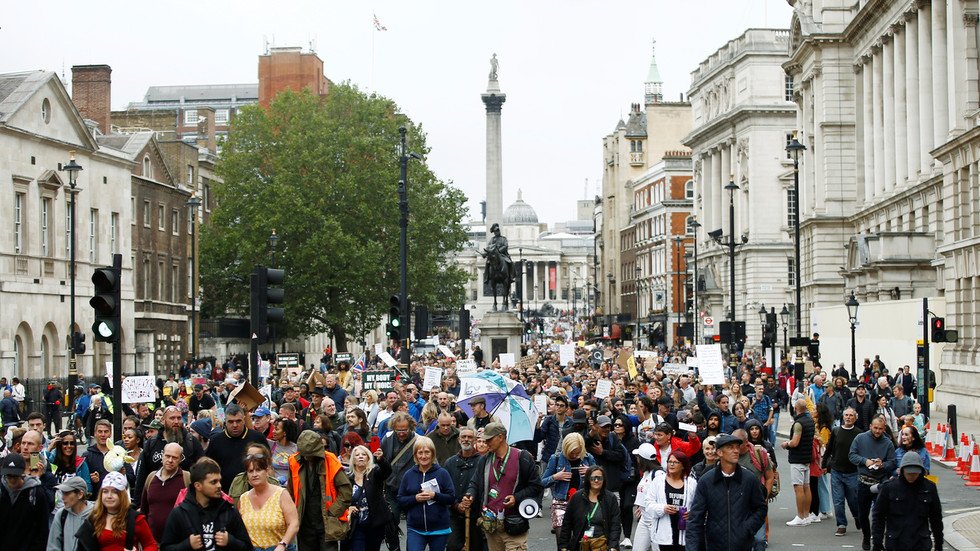 Local lockdown restrictions are being introduced in parts of North East England to curb the spread of coronavirus following “concerning rates of infection,” Health Secretary Matt Hancock said on Thursday.

Nearly two million people in the northeast of the country are facing fresh restrictions as coronavirus cases in the region increase. Speaking in the Commons, Hancock said that from tomorrow, in Northumberland, North Tyneside, South Tyneside, Newcastle upon Tyne, Gateshead, Sunderland and County Durham, residents “should not socialize with other people outside their own households or support bubble.”

Hospitality for food and drink will be restricted to table service only. Leisure and entertainment venues must close between 10pm and 5am.

According to Hancock, council leaders in the North East had written to him urging that tighter restrictions were put in place.

Edward Argar, a minister in the Department of Health and Social Care, said earlier on Thursday that “a spike in infections” was recorded in the North East, and “it is exactly what we have seen in the North West.”

Prime Minister Boris Johnson said on Wednesday a second coronavirus lockdown in the whole country would be “disastrous” for the British economy. A spokesman for Johnson, when asked whether a curfew might be brought in, said on Thursday that Britain does not plan any additional restrictions for London at the moment. However, people should abide by the new “rule of six,” he added.

New laws prohibiting social gatherings of more than six people came into effect on Monday as the government called on the public to remain vigilant during the coronavirus pandemic.

Argar also said on Thursday that nationwide measures to control the spread of coronavirus in Britain are not currently needed. The government was sticking with its plan for local lockdowns for now, Argar added.