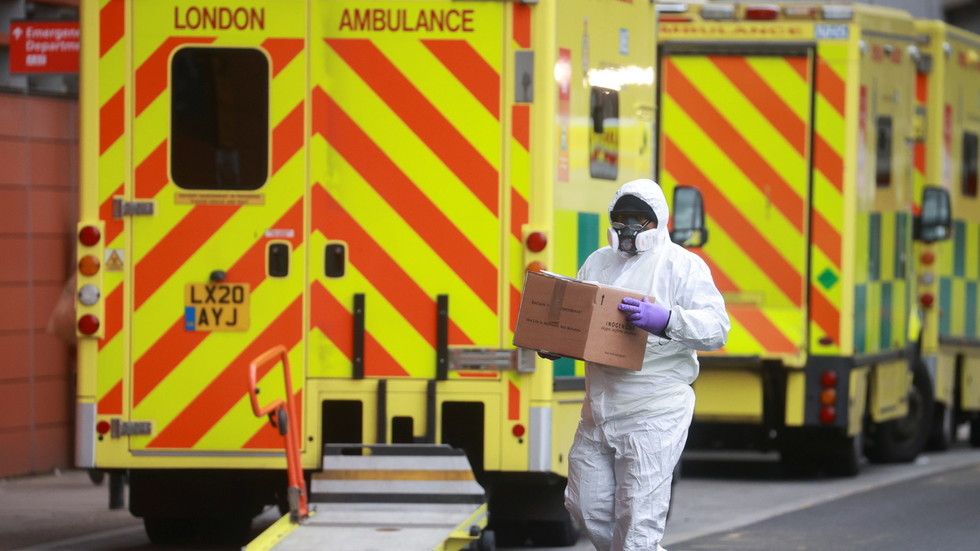 The UK government is under fire for its “systemically biased” approach to Covid-related procurement, after a new anti-corruption report raised red flags for over £3.7 billion worth of contracts – several awarded via a “VIP lane.”
According to a Transparency International UK paper released on Thursday, over 20% of the £18 billion in public money spent by Boris Johnson’s administration – or one in five government Covid contracts – between February and November last year has at least one link to possible corruption.

Claiming the government had “damaged trust in the integrity of the pandemic response,” the corruption watchdog criticized it for a “seriously flawed” awarding process – for personal protective equipment (PPE) contracts in particular, whereby bidding companies were allegedly prioritized if they were referred into a so-called ‘VIP’ fast-track lane through political contacts.

“The frequency with which Covid-related contracts were awarded to those with political connections is deeply concerning and is at such a level that it cannot be explained away as coincidence,” said Daniel Bruce, the group’s chief executive.

That only a “select group” was aware of the VIP lane – with those in the know “confined to one side of the House” – suggested that the PPE contract awarding system was “preloaded with bias,” Bruce added.

“All PPE procurement went through the same assurance process and due diligence is carried out on every contract – ministers have no role in awarding them,” an unnamed government spokesperson told the Guardian. “The priority list [VIP lane] was widely advertised across government as a way of more quickly triaging offers of support.”

In November 2020, the National Audit Office confirmed the existence of the high-priority VIP lane, which was set up by the Cabinet Office and the Department of Health and Social Care in wake of the pandemic.

At the time, Minister for Implementation Julia Lopez said, “We needed to procure contracts with extreme urgency to secure the vital supplies required to protect frontline NHS workers and the public, and we make no apology for that.”

The minister added that there were “robust processes in place for spending public money to ensure we get critical equipment to where it needs to go as quickly as possible, whilst also ensuring value for money for the taxpayer.”

The Transparency International UK report also identified £255m of contracts awarded to companies incorporated within the previous two months. In addition, many of the contracts were awarded without competitive tender.

Under the UK’s Public Contracts Regulations (2015), public bodies can reduce a tendering period to as little as 15 days in cases of urgency. The law also permits contracts to be awarded without tender in instances where it is “strictly necessary.”

According to the report, however, a significant majority of these contracts – to the tune of 98.9% (by value, or about £17.8 billion) – were awarded without any form of competition.

When reports about lucrative contracts awarded without any tender emerged previously, media outlets cited an unnamed spokesperson for the Department of Health, who said that it had “drawn on the expertise and resources of a number of public and private sector partners to support our NHS and social care sector.”

“This is completely in line with procurement regulations for exceptional circumstances,” he added, “where being able to procure at speed has been critical in the national response to Covid-19.”
#COVID-19  #Covid  #Boris Johnson
Add Comment