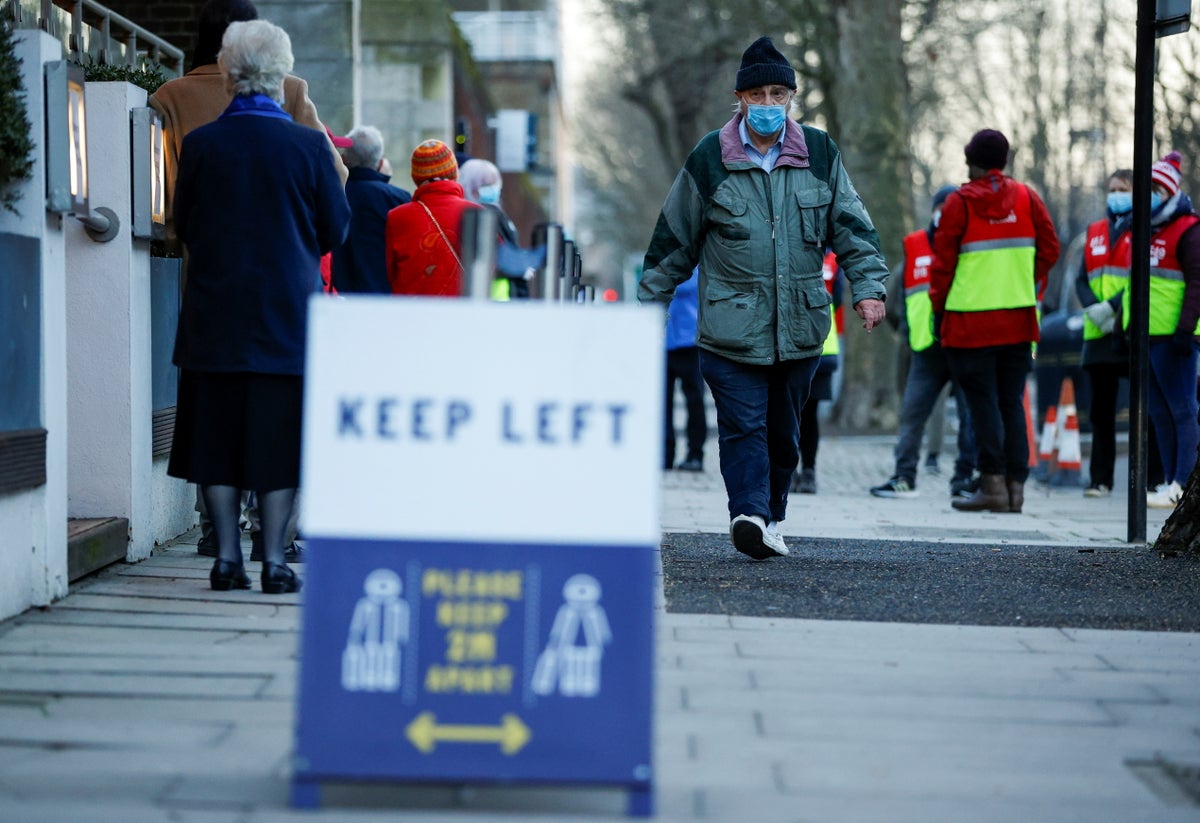 The coronavirus R number has fallen to between 0.8 and 1 across the UK, according to the Government Office for Science and the Scientific Advisory Group for Emergencies (Sage).
It is the first time the virus’s reproductive rate has fallen below 1 since early December, raising hopes the epidemic is slowing as lockdown measures take effect. Sage estimates the growth rate of the outbreak is now between -4 and 0 per cent.

Last week the R rate was estimated to be between 1.2 to 1.3. The latest figures mean that, on average, every person infected with Covid-19 will infect between 8 and 10 people.

Earlier the Standard reported that new infections in the capital had fallen by 29,000 in a week, with 17 boroughs reporting 33 per cent drops in confirmed cases.

But despite hopes that London hospital admissions have peaked, it will take weeks for reduced case numbers to ease pressure on NHS services.

One in 35 Londoners are thought to have had Covid-19 between January 10 and 16, according to the Office for National Statistics – the highest rate in England.

Scientists advising the Government said that all regions of England have seen decreases in the R number and growth rate estimates compared with last week, and R is below or around 1 in every region.

However, they warned that despite the reductions, case levels “remain dangerously high and we must remain vigilant to keep this virus under control, to protect the NHS and save lives”.

Sage scientists said: “It is essential that everyone continues to stay at home, whether they have had the vaccine or not.

“We all need to play our part, and if everyone continues to follow the rules, we can expect to drive down the R number across the country.”
#COVID-19  #vaccine  #Covid  #Coronavirus
Add Comment