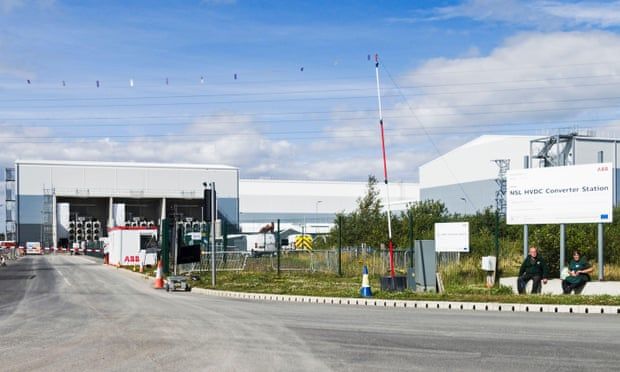 British consumers could face even higher bills and potential energy shortages this winter after Norway threatened to ration electricity exports.

The UK receives hydroelectric power from Norway through a subsea interconnector cable running beneath the North Sea.

However, water levels in southern Norway have been so low this year that the country’s government could put its own consumers ahead of international customers.

Residents of the country’s capital, Oslo, have been asked to take shorter showers and turn off the tap when brushing their teeth as its reservoirs have been depleted by the dry weather experienced across Europe.

The oil and energy minister, Terje Aasland, told the Norwegian parliament on Monday that refilling dams will be prioritised over power production when levels fall below the seasonal average.

The move is a blow to the UK, as well as countries such as Germany and the Netherlands, which rely on cheap Norwegian hydropower. A 450-mile interconnector joins Blyth, Northumberland, to Kvilldal power station.

The €1.6bn (£1.35bn) North Sea Link cable, which was switched on last October, is able to channel up to 1.4 gigawatts of electricity between the two countries when demand is high in the UK and there is low domestic wind generation. This is enough to power about 5% of British homes.

He said: “This results in historically high electricity prices and a situation where, for the first time in many years, we cannot completely rule out a period of electricity rationing in the spring. But our professional authorities emphasise that the probability of this is low.”

Aasland said that rationing was unlikely to hit Norwegian households this winter, and that interruptions to supplies would most likely happen next April or May, primarily for businesses rather than consumers.

The move could prove a test of European cross-border solidarity as Russia’s invasion of Ukraine puts a strain on energy supplies. Countries have scrambled to stock up on gas ahead of the winter amid fears Vladimir Putin’s regime may shut off the gas taps to Europe.

In the UK, the business secretary, Kwasi Kwarteng, has moved to shore up energy supplies as concerns grow that Britain could face high prices or even blackouts if gas supplies are diverted elsewhere.

Kit Malthouse, the chancellor of the duchy of Lancaster, said on Monday that the government was preparing hospitals for potential fuel shortages. He told TalkTV: “We need to make sure that all those hospitals that need access to power have their standby generators properly serviced, they’ve got diesel tanks full with diesel that might be required.

“The work they need to do to make sure that they’re resilient from a power and energy point of view has been done before we get to, say, November when the winter starts.”

Drax’s coal-fired plant in West Yorkshire and EDF’s West Burton A facility in Nottinghamshire have been put on standby to provide power as a contingency this winter. Aurora said that if the system operator, the National Grid, called on their services “this would cause power prices [in the UK] to rise, due to the higher costs of generating power using coal, compared to hydropower imported from Norway”.

The typical annual gas and electricity bill is already expected to reach £3,615 in October, according to the consultancy Cornwall Insight. Analysts fear this could top £4,000 early next year.

More than half of Britons are cutting back on their gas and electricity usage at home due to the worsening cost of living crisis.