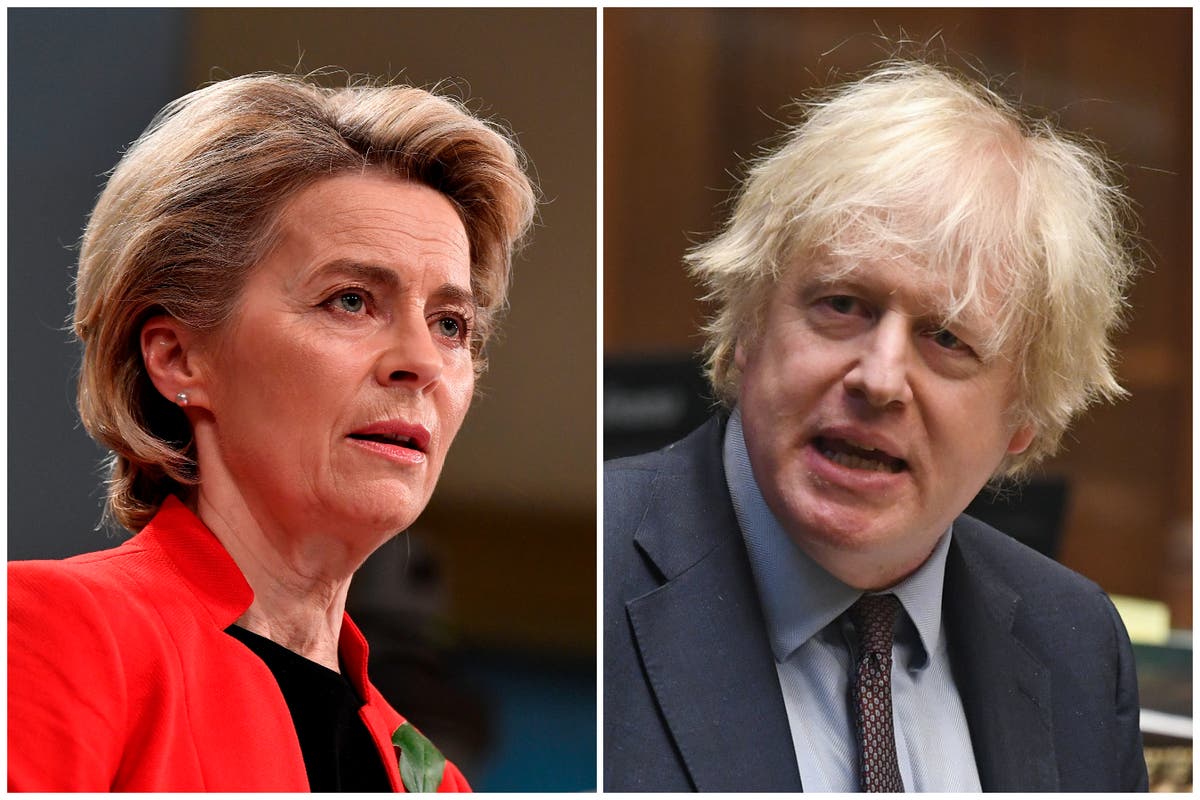 The UK and European Union have said they are in talks to resolve a dispute over coronavirus vaccine supplies by reaching a “win-win” deal to boost supplies of the jab.

The two sides issued a joint statement on Wednesday in which they said a potential third wave of Covid-19 means cooperation is “even more important”.

It comes after Boris Johnson warned the “long-term damage” of blocking vaccines or vaccine components could be “considerable”.

He told the Liaison Committee on Wednesday: “I would just gently point out to anybody considering a blockade or an interruption of supply chains that companies may look at such actions and draw conclusions about whether or not it is sensible to make future investments in countries where arbitrary blockades are imposed.”

The European Commission had set out a tougher regime to stem supplies of jabs to nations faring better in the pandemic as the bloc’s states faced a third wave of coronavirus infections.

Jane Halton , chairwoman of the Covax initiative that aims to give a billion life-saving jabs to the world’s poorest had earlier accused the EU of taking Covid vaccine supplies “hostage” while Tory MPs branded the EU plan “idiotic”.

Admitting it is a Covid-19 “hotspot”, the European Commission said on Wednesday it may not approve exports to nations with more advanced vaccine rollouts or where there is a better “epidemiological situation”.

The EU announced the move as it is embroiled in a row with AstraZeneca over supplies, but did not rule out Pfizer jabs being restricted to the UK if sufficient vaccines are not shipped to the bloc.

Member states were told to consider “reciprocity”, whether the destination country restricts its own vaccine exports, when authorising exports as the commission struck out against an alleged lack of British shipments.

Commission executive vice-president Valdis Dombrovskis denied the export authorisation mechanism was targeted at any one country but said 10 million jabs had moved from the EU to the UK since it introduced checks and that “zero doses” had returned from British plants.

The UK and the commission said in its joint statement: “We are all facing the same pandemic and the third wave makes cooperation between the EU and UK even more important.

“We have been discussing what more we can do to ensure a reciprocally beneficial relationship between the UK and EU on COVID-19.

“Given our interdependencies, we are working on specific steps we can take - in the short-, medium - and long term - to create a win-win situation and expand vaccine supply for all our citizens.

“In the end, openness and global cooperation of all countries will be key to finally overcome this pandemic and ensure better preparation for meeting future challenges.”

They added that the two sides will continue their discussions on the matter.

Earlier, Mr Dombrovskis had argued the controls are necessary because while the EU is one of the “global hotspots of the pandemic” it is also the “largest exporter of vaccines”.

Member states and the commission will consider two key factors before authorising vaccine exports under the mechanism, which was extended until the end of June.

First they will consider whether the destination country restricts its own exports of vaccines, or raw materials, under plans to tackle “reciprocity”. 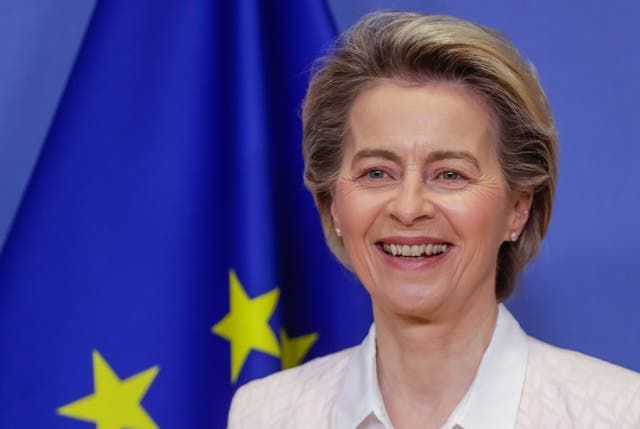 Second, under “proportionality”, they will consider whether the “conditions prevailing” in the destination country are “better or worse than the EU’s”.

Its epidemiological situation, its vaccination rate and its access to vaccines were listed as particular considerations.

Across the EU, just over 11 per cent of adults have received a first dose of a Covid-19 vaccine but in the UK the figure is more than 54 per cent.

Concerns over UK supplies will centre largely on Pfizer, the main vaccine export from the bloc and being produced in Germany and Belgium.

Mr Dombrovskis did not rule out restricting the Pfizer product, saying: “Concrete decisions will be taken on a case-by-case basis.”

A spokeswoman for Pfizer said it was assessing the “full implications” of the commission’s move, adding: “We have been clear and consistent with all stakeholders that the free movement of goods and supply across borders is absolutely critical to Pfizer and the patients we serve, particularly during this devastating global pandemic.

“Pfizer is deeply concerned by any legislation that threatens our ability to manufacture in, or export from, the European Union.”

Mr Dombrovskis maintained the EU’s criticism of British-Swedish pharmaceutical giant AstraZeneca, saying it had “only delivered a small portion of its agreed contractual commitments” to the bloc.

The commissioner said “continued shortfalls in production are not distributed fairly across different contracting countries”, in an apparent reference to the production of AstraZeneca jabs in the UK.

Denying the bloc was implementing an “export ban”, EU health commissioner Stella Kyriakides said: “We’re dealing with a pandemic and this is not seeking to punish any countries.”

“The EU Commission brings out the shotgun,” he said.

“But using the cluster munitions we may end up shooting ourselves in the foot because the supply chains for vaccine production might be affected and interrupted.”