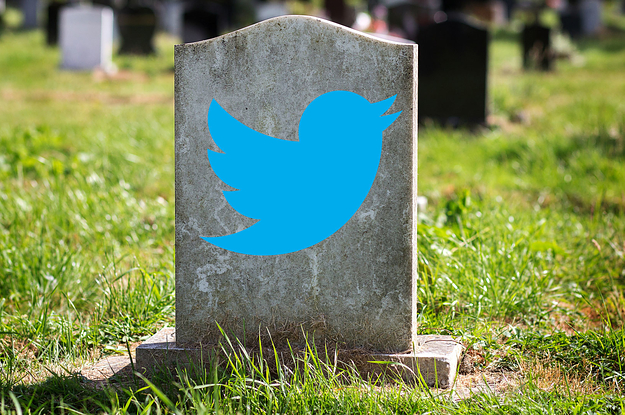 Twitter Said It Will Not Delete The Accounts Of Dead People

Twitter made a swift change to its plans to purge inactive accounts after people pointed out it this meant deleting the accounts of dead loved ones.

Yesterday, Twitter announced that it would be clearing out old usernames. People who haven’t logged in in six months will receive an email warning them that if they don’t log in, they might lose their username and account completely. This was great news for anyone who is hoping to nab a better username. But the news came with a huge downside: the potential deletion of accounts of dead people.

Now Twitter is walking it back, saying it will not delete any accounts until it has figured out a way to memorialize accounts for people who have died.

We’ve heard your feedback about our effort to delete inactive accounts and want to respond and clarify. Here’s what’s happening:

The outcry was immediate after Twitter’s announcement. Deleting the tweets of dead people feels quite simply, cruel to the people they’ve left behind. Tweets are the musings, the thoughts, the voice of a real person. For a moment, let’s forget about the terrible side of Twitter -hate speech, trolls, etc.... We’re talking here about people who used Twitter in the best possible way: a platform for expression and conversation, to share ideas, crack jokes, slide into DMs, and even form friendships. I understand this; there are people I cared about who have died and I’d feel devastated if their Twitter accounts were deleted. The tweets of people who have died matter a lot to their loved ones.

ATTENTION USERS OF TWITTER. Did someone who know or know of make the huge mistake of dying before clicking through a 2019 Terms of Service for their twitter account? Do you want to honor their memory? Please fill out this form: https://t.co/rsMBPsXtrR

Last night, Jason Scott of Archive Team, which works to preserve parts of the internet, announced that the group would be taking requests for user accounts to memorialize. People could submit the name of a Twitter account of a dead person that they wanted to be archived. Scott told BuzzFeed News the Archive Team received about 1,500 names since last night.

Scott is frustrated by Twitter’s seemingly callous move. “This is a case where we let Twitter become the primary platform for a massive variety of public discourse and record and journalism,” he told BuzzFeed News. “And now we’re rediscovering that they had no idea this was the case … Nobody at Twitter thought about this until yesterday.”

He’s also skeptical that Twitter will truly change its course. “They’ll back away from it with some intent of doing it later,” he said.

In the meantime, Scott and the Archive Team will continue saving accounts -something they’ve already been doing for years. They’ll use the list of submitted names to expedite those in case Twitter does delete them later on. “This is not my first rodeo. These are not my first clowns,” Scott said.

Twitter told the Verge yesterday that it currently doesn't have an option for the memorialization of an account, the way Facebook does, but are thinking about solutions for this issue.

From a technical standpoint, this should be easy to verify. Twitter definitely can tell the difference between an account that is truly just a garbage abandoned egg account and the active account of a person who used it until their death (or chose to abandon for another reason, like a company that went out of business). There are easy metrics for this -for example, if the user only logged in the day the account was created, and never followed anyone or added an avatar.

A spokesperson for Twitter told BuzzFeed News, however, that the site planned to purge accounts that hadn't logged in over six months or accepted the TOS, with no special determination beyond that.