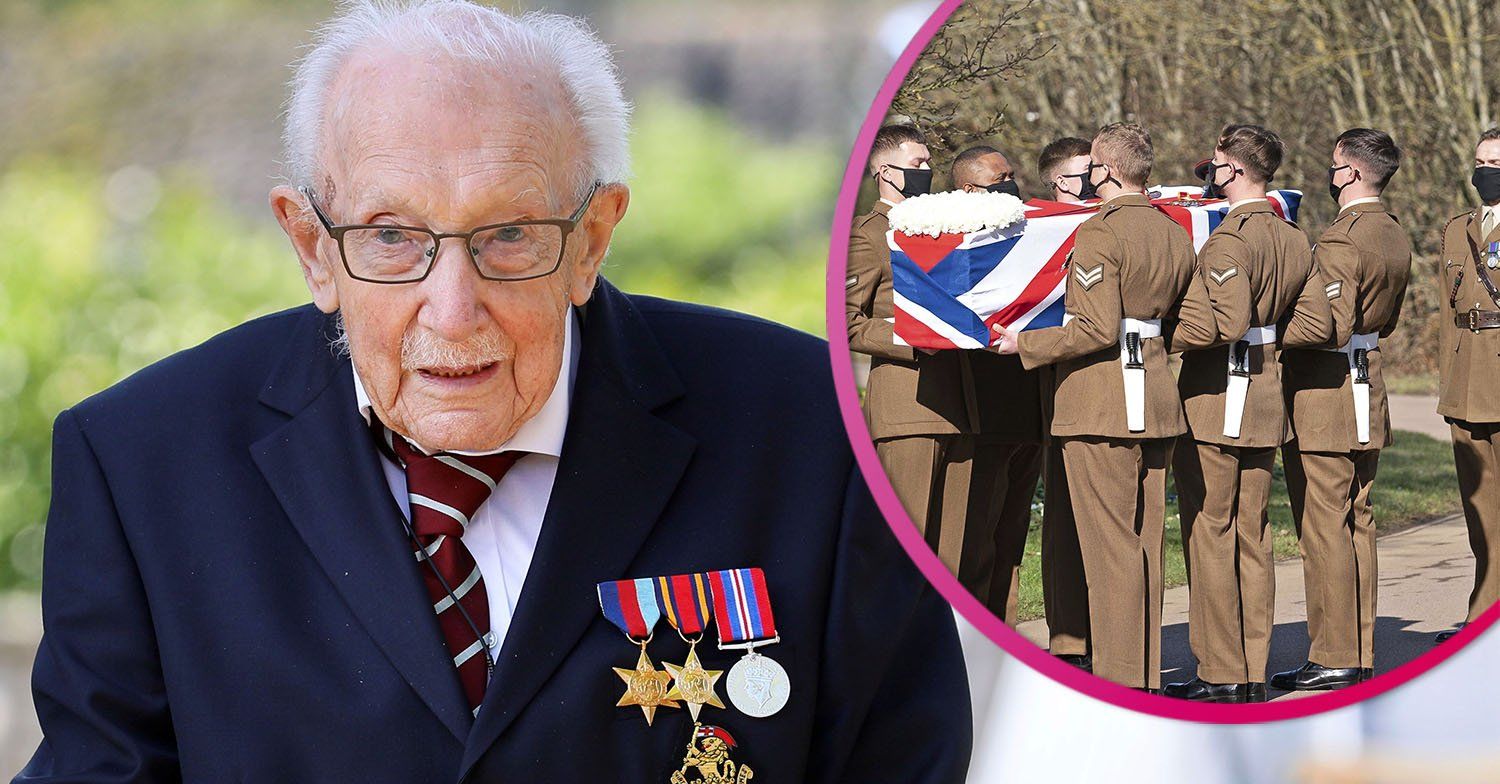 Hannah Ingram-Moore described her father as "a beacon of light and hope to the world".

His other daughter Lucy Teixeira said: "Daddy, I am so proud of you. You may be gone but your message and your spirit lives on."

The service for the 100-year-old, who raised almost £33m for NHS charities by walking laps of his garden, began with him being honoured by the military. 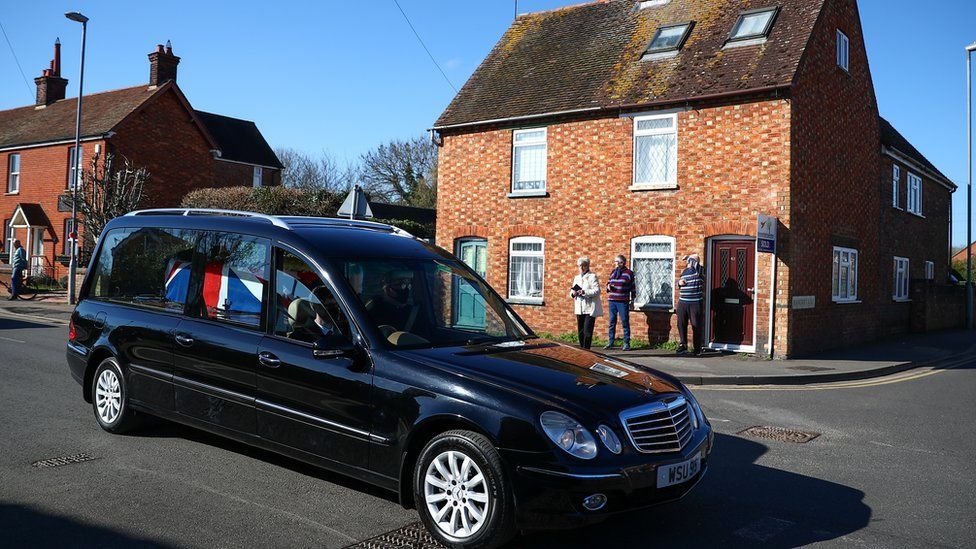 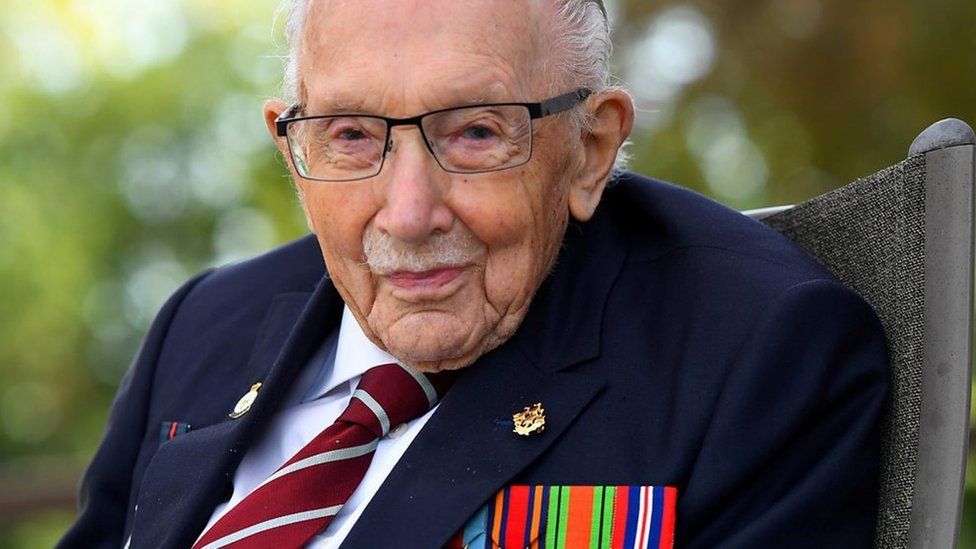 After the military honours, which included a flypast from a World War Two-era plane, his family followed the coffin into the crematorium for the private service.

Ms Teixeira and Ms Ingram-Moore were joined by Capt Sir Tom's four grandchildren and his sons-in-law.

The service opened with a rendition of You'll Never Walk Alone, which Capt Sir Tom recorded with Michael Ball and the NHS Voices of Care Choir.

The celebrant conducting the funeral described him as "a proud British veteran and a gentleman".

Following the White Cliffs Of Dover by Dame Vera Lynn, his daughter Lucy Teixeira told the service she was "proud" of her father.

"You always told us to put your best foot forward and that's what you did last year," she said.

A version of the song Smile, recorded especially for the funeral by singer Michael Buble, was also played. 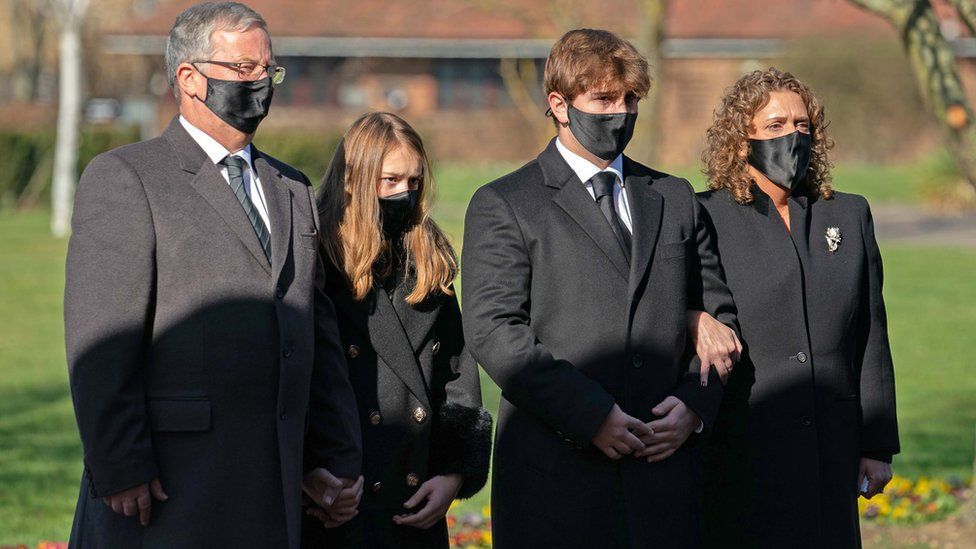 My Way by Frank Sinatra was heard toward the end of the service, as requested by Capt Sir Tom, who said he liked the line about "having too few regrets to mention".

As his coffin was carried by the Yorkshire Regiment solders, a C-47 Dakota, part of the Battle of Britain Memorial Flight, soared past in tribute to the man whose charity efforts inspired people across the UK.

A bugler sounded The Last Post when the service concluded, and St Mary's Church in Marston Moretaine, Captain Sir Tom's home village, led others across the country in ringing their bells 100 times.

A post on his Twitter page read: "So even if tomorrow is my last day, if all those I loved are waiting for me then that tomorrow will be a good day too" while the Yorkshire Regiment posted it was "proud" to be representing the British Army at the funeral.

They said it was a "solemn, dignified and fitting tribute to a man who inspired millions". 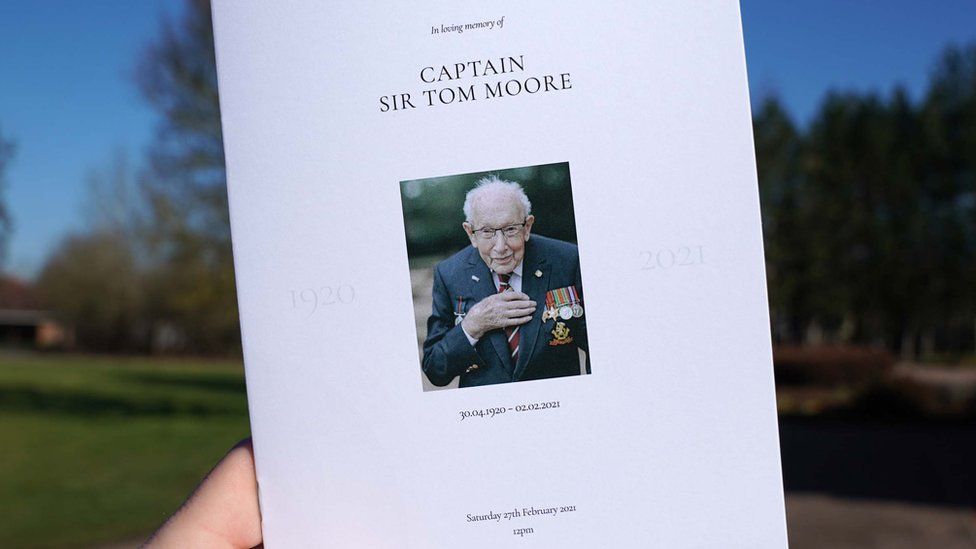 Captain Sir Tom Moore's coffin was lifted from the hearse on to the shoulders of the six bearers from the Yorkshire Regiment in dignified silence.

Then, from the north-west, came first the rumble then the roar of the engines of the wartime Dakota as it flew overhead in tribute through clear blue skies.

Three volleys were fired by the 14-man firing party as the coffin was carried into Bedford Crematorium, followed by his two daughters and their families - people who would reflect and remember the cherished times they spent with their father and grandfather.

On top of the coffin, draped in the union jack, were Captain Sir Tom's war medals, his knighthood medal, and a specially commissioned officer's sword. On one side was his regiment's motto "Fortune Favours the Brave" and on the other, his motto, "tomorrow will be a good day".

The service lasted just over an hour, featuring music he had requested, and a specially-recorded version of the song Smile.

And his picture on the order of service showed him doing exactly that.

The service celebrated his life, and thanked him for his incredible contribution - to his family, and to the world. 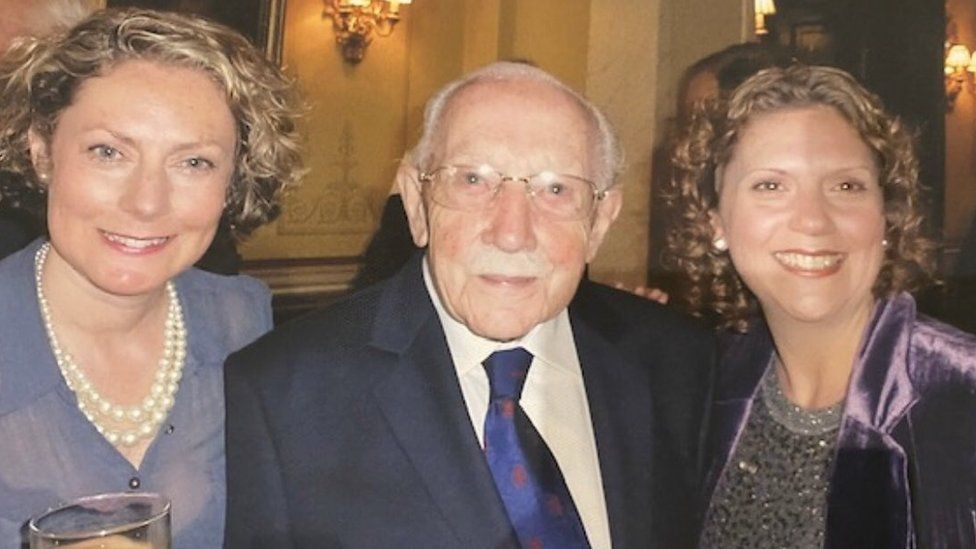 The veteran had spent the last few months of his life writing a book which he had planned to publish just before his 101st birthday.

A section was released, in which he said he would "like to watch my own funeral from a distance" and laugh at "everyone making a lot of fuss over me".

"I want the service to end with My Way by Frank Sinatra because I always did things my way and I especially like the line about having too few regrets to mention," he wrote.

Captain Sir Tom was originally from Keighley near Bradford, and his family said that once Covid-19 restrictions allow, his ashes will be interred in Yorkshire, where he will rest with his parents and grandparents in the Moore family plot. 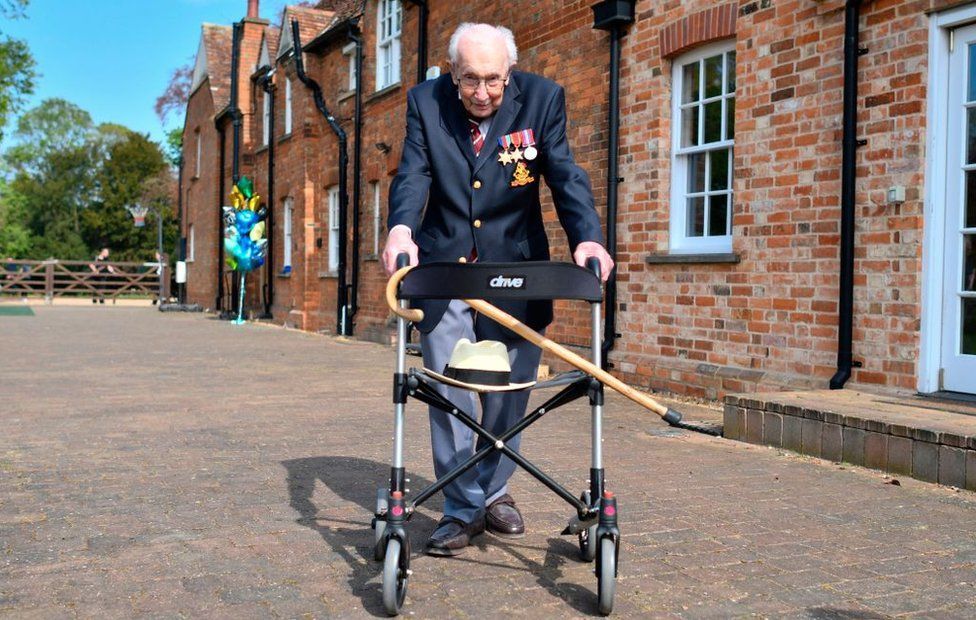