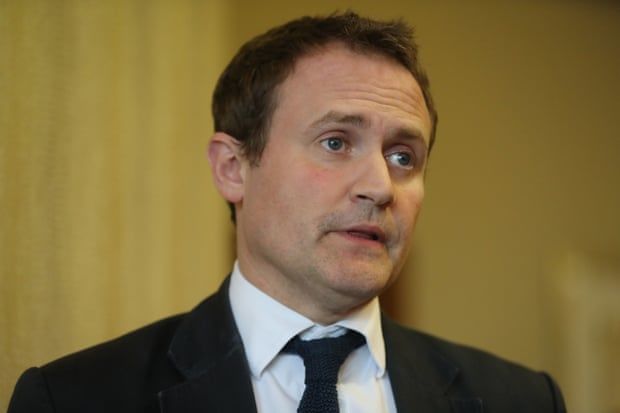 Tom Tugendhat hints at future bid to be Conservative leader

Foreign affairs committee chair tells party it should drop focus on ‘divisive politics’ and says he is ambitious for himself
Tom Tugendhat has hinted that he will run to replace Boris Johnson in the next Conservative leadership election, as he warned that the party was too focused on “divisive” politics.

The Tory backbencher said his party was not like “a church, with one true faith, one Pope”, but that MPs should “offer ourselves forward for service” when another contest for the top job is held.

After 41% of Conservative MPs declared they had no confidence in Johnson’s leadership, and with the prospect of two byelection losses looming next week, Tugendhat admitted the government was facing difficulties during its midterm period.

Asked by the Guardian if he would rule out standing for leader, Tugendhat said: “No, I won’t rule it out. And I won’t rule it out because I think that we should be ambitious for ourselves, for our communities and for our country … We should offer ourselves forward, and then it’s up to colleagues and the country to choose.

“We shouldn’t be resentful about [if] the choice doesn’t go in your way. But you should offer yourself for service. That is literally the point of being in public service, is to offer yourself.”

Addressing Tory MPs at the Northern Research Group conference in Doncaster, which Johnson pulled out of at the last minute due to a visit to Ukraine, Tugendhat admitted there were “perfectly legitimate” questions about the party’s waning poll ratings.

He said the past few years had been “more trying than I think it should have been” and that the government had been “too willing” to “listen to those divisive voices”.

Tugendhat, who represents the “blue wall” seat of Tonbridge and Malling in Kent, said backbenchers could still have a “powerful voice” within the party. He added: “You can actually change policy as a backbencher in our party, you can drive the change that not only does your community need, but actually the whole country needs.”

Tugendhat, a former soldier who now chairs the Commons foreign affairs committee, which has been deeply critical of the UK’s withdrawal from Afghanistan last summer, has been touted by some as a potential leadership contender.

Johnson has vowed to fight on, and is now immune from another no-confidence vote for 12 months.

However, his opponents believe that they may be able to get the group of MPs that set the rules – known as the 1922 Committee – to halve the period of safety in an attempt to force him out.

They are hoping the privileges committee investigation into whether the prime minister misled parliament over Partygate will cause more Tory MPs to call for him to go.
#Boris Johnson  #Afghanistan  #Johnson
Add Comment