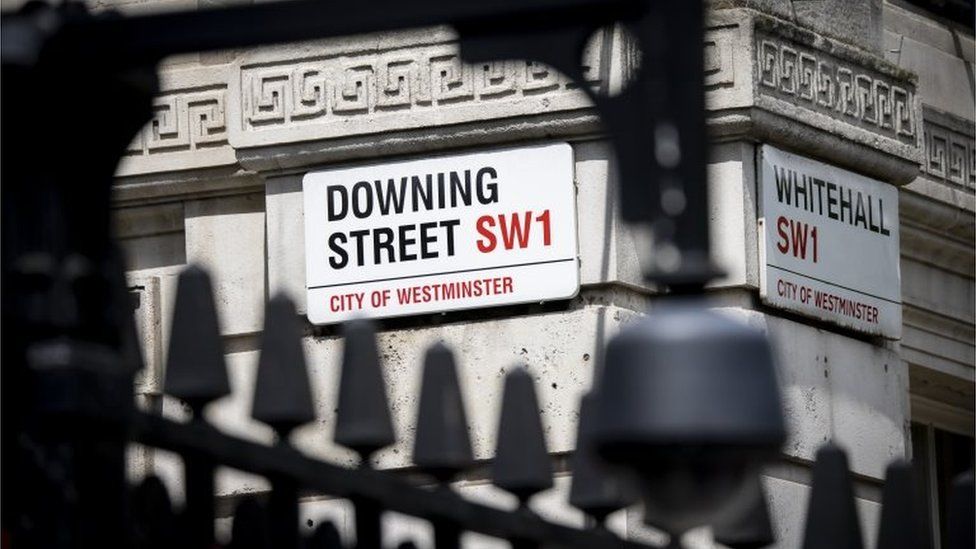 Boris Johnson has promised to cut taxes and government waste after surviving an attempt by his own MPs to oust him.

The prime minister thanked ministers for their support in a confidence vote, which saw 41% of Tory MPs saying they had lost faith in him.

He urged them to "draw a line" under questions about his leadership and vowed a return to "fundamental" Tory economic policies.

The number of rebels in Monday night's vote was higher than predicted.

And some Conservative MPs are still publicly calling on him to quit over widespread Covid rule-breaking in Downing Street.

Tobias Ellwood, a longstanding critic of the PM, said the "honourable way forward" would be for him to "step back" and accept that the task of uniting the Conservative Party to win the next general election is "too big".

But he added: "We have to deal with the reality that those days of an honourable resignation are not there."
Senior government figures have come out to defend Mr Johnson, including Deputy Prime Minister Dominic Raab who said there was "no credible alternative" to the prime minister.

And backbencher Philip Davies - who voted against Mr Johnson on Monday - said: "The prime minister won fair and square. My view is that you've got to accept the result. If you lose a vote, you accept it. That's the whole point of democracy."

The PM has also received support from Ukrainian President Volodymyr Zelensky, who told a Financial Times event he was "very happy" the UK leader had remained in post.

The prime minister may want to draw a line under questions over his leadership - but many of his MPs are not willing to do so.

Senior MPs have told the BBC that there would be significant pressure on the 1922 committee to change the current rules - which protect the prime minister from another confidence vote for 12 months.

Rebels believe if the Conservatives lose the two by-elections being held later this month, in Wakefield, West Yorkshire, and Tiverton Honiton, in Devon - that will prompt a new leadership crisis.

They also believe the scandal over lockdown parties in Downing Street is far from over, with the Commons privileges committee still to look into whether the PM misled Parliament when he denied parties had been held in downing street and insisted all rules had been followed.

That could unearth new evidence - and the conclusions could be highly damaging.

As one senior backbencher put it, it means the prime minster thinks he can stay on - but the rebels think they are within touching distance of bringing him down.

In the confidence vote, triggered by Partygate, Mr Johnson was backed by 211 Conservative MPs, but 148 voted to remove him.

Mr Johnson hailed this as a "decisive" victory - and on Tuesday morning told a cabinet meeting his "fundamental Conservative instinct" was to allow people to decide how to spend their money.

He urged cabinet ministers to find ways to make savings and told them "delivering tax cuts" would help deliver "considerable growth in employment and economic progress".

But Labour's shadow home secretary Yvette Cooper said Mr Johnson did not have "any sense of honour" and should resign.

Speaking to BBC News, she said Tory MPs who voted to keep the PM in office were "just not listening to the scale of frustration and anger across the country".

"There's really got to be some consequences when someone just isn't telling the truth, isn't fit for office, isn't taking the action the country needs". 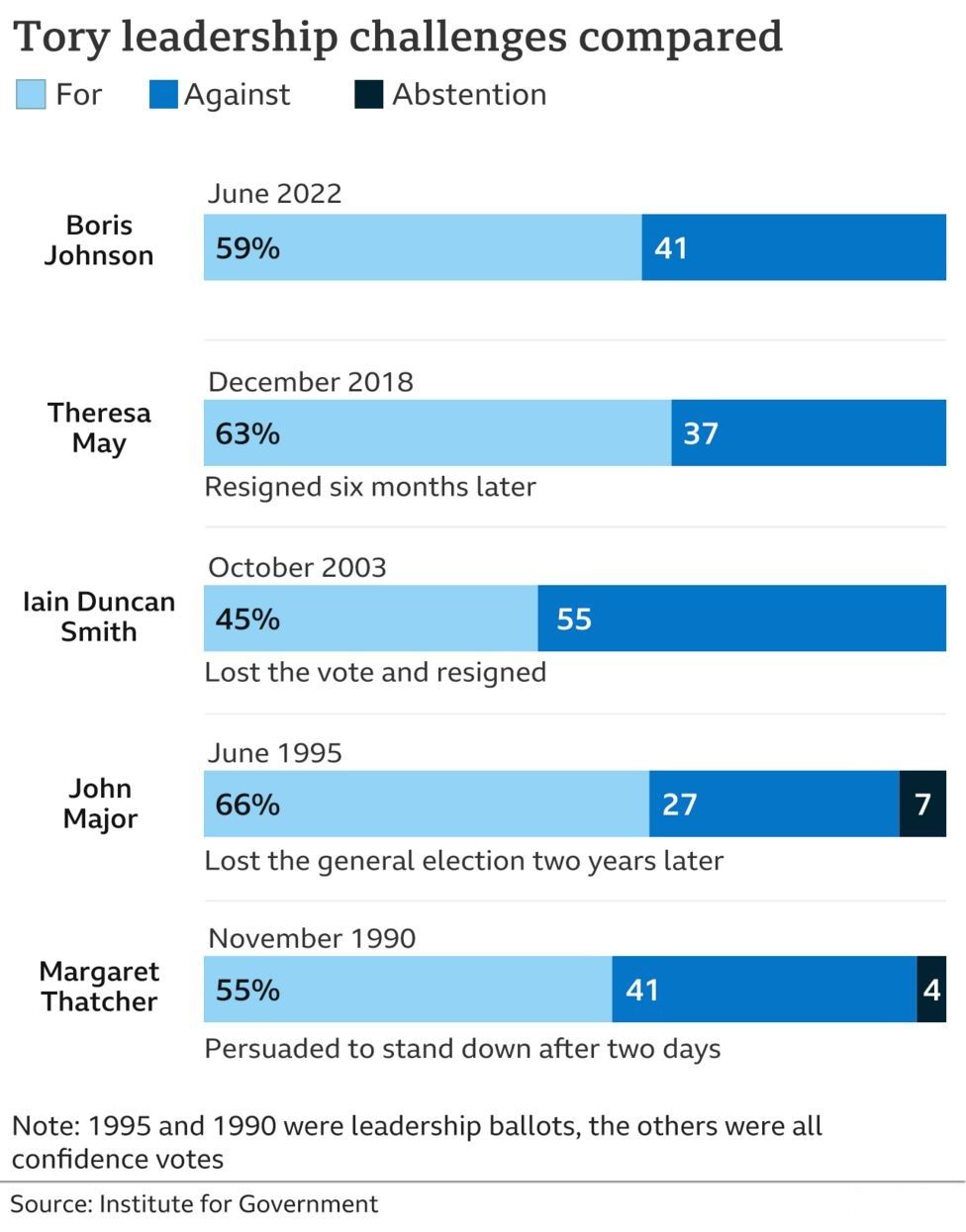 Mr Johnson won the confidence of 59% of his MPs, however, his critics have noted that his predecessor Theresa May secured the support of 63% when she faced her own confidence vote but was still forced out of office six months later.

Liberal Democrat leader Sir Ed Davey described Mr Johnson as a "lying lawbreaker" who was "clinging on by the skin of his teeth" while SNP Westminster leader Ian Blackford likened him to a "dead man walking".

"Whether it's by Tory MPs finally acting in a responsible manner or indeed the Privileges Committee taking action against him, he will be gone," Mr Blackford said.