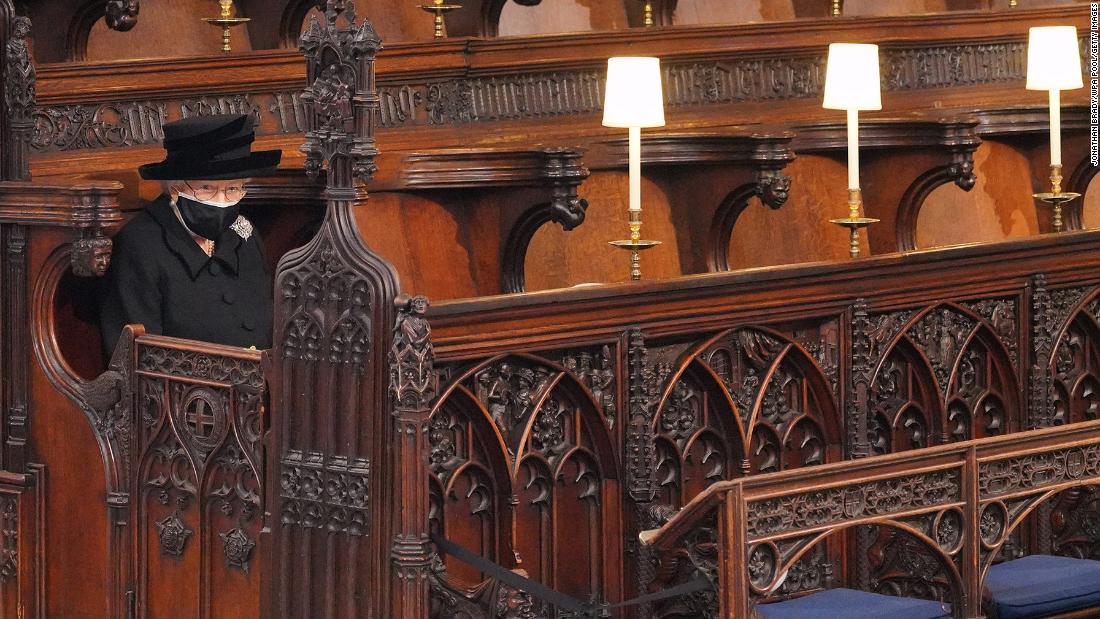 The royal family adhered strictly to UK Covid-19 regulations during the funeral of Prince Philip, who was laid to rest Saturday. As such, the Queen sat alone during the service to follow current restrictions.

All guests who are not members of the same household were required to sit around 2 meters apart.

The Queen and the late Prince Philip had been in a bubble with some members of their household for the last year and so the monarch was not eligible to join a support bubble with other members of her family.

The Queen and Philip had been married for 73 years, and the prince, who died last Friday at the age of 99, was the nation's longest-serving consort -- the name used to describe the spouse of a reigning monarch.

The Duke of Sussex and Duke of Cambridge sat opposite one another in St. George's Chapel, with William sat beside his wife Catherine, the Duchess of Cambridge, during the service. Prince Harry also sat alone. 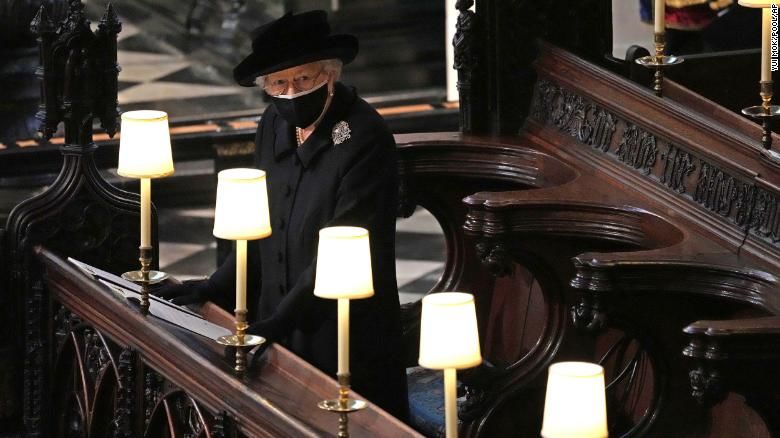 The Queen and the late Prince Philip had been in a bubble with some members of their household for the last year and so the monarch was not eligible to join a support bubble with other members of her family. 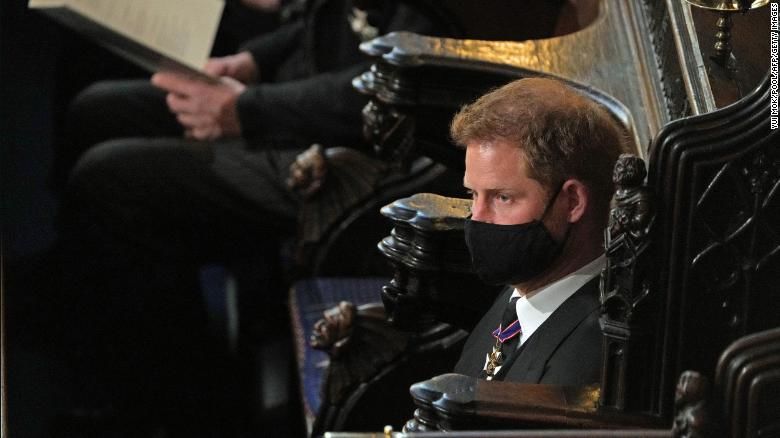 While the service was a muted affair, by royal standards, Philip was intimately involved in its planning, selecting the music and ensuring the ceremony reflects his military affiliations and personal interests. Some 30 people made up the congregation at the Duke of Edinburgh's funeral service as the memorial service has had to be stripped back in light of the pandemic.

Though the UK government has set out a roadmap out of lockdown in England, restrictions remain for funeral services across the country, with a maximum of 30 people allowed to attend. Over the past year, the virus has robbed countless families in the country of the chance to properly grieve, with funerals limited to small numbers of socially distanced mourners to reduce the risk of coronavirus spreading.

More than 127,400 people have died of Covid-19 in the United Kingdom, according to figures from Johns Hopkins University.