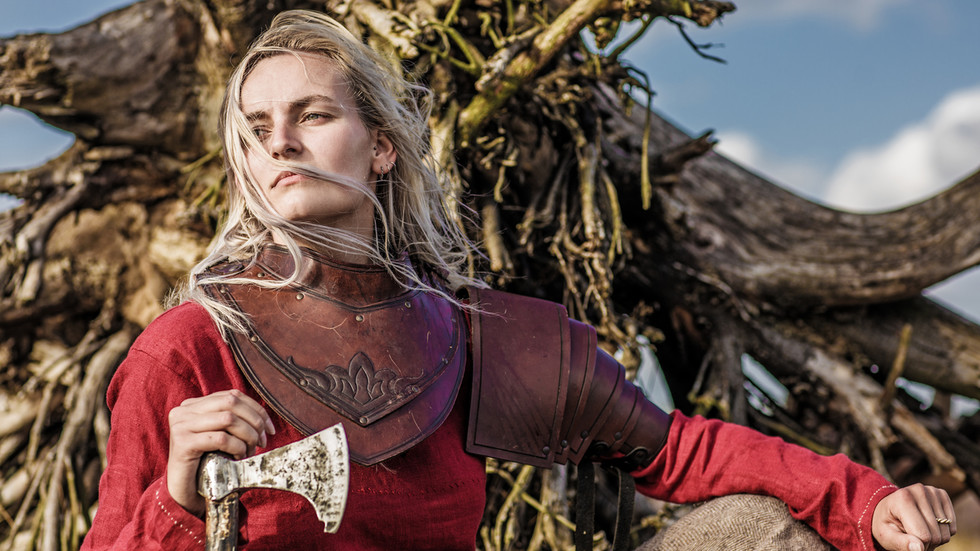 The discovery of the grave of a ‘non-binary’ viking in Finland proves there’s nothing new under the LGBTQ sun, just far more NOISE

Archaeologists found the body of a viking who suffered from a condition giving them male and female traits, proving there have always been people a little out of the ordinary, but maybe, back then, they just didn’t go on about it!

Now here’s a bit of a conundrum for the 21st century woke brigade; just where the hell does about one in every 660 men fit into the LGBTQ alphabet soup?

It didn’t seem to overly concern the folk in Finland a thousand-or-so years ago, they seemed to just kind of treat these rare beings as basically a bit of both.

An ancient grave was found in Suontaka Vesitorninmäki in Hattula, southern Finland by builders in the late 1960s. This was clearly a powerful and wealthy individual, probably a leader of some sort.

Now, whatever hormone treatment or surgeries transsexual people in the modern era might undertake, at the basic level – within their DNA – their gender is written in stone. Forever. No amount of protests or complaints can change this basic fact written in genetic code. Nature, sorry guys/gals, simply doesn’t give a damn about your feelings.

Yet this corpse was confusing because genetic analysis of the body found the XX chromosomes of a female but also the XY chromosomes of a male. The natural assumption was that it was two corpses that had been buried together: one female and one male.

A brand new series of tests prove that this wasn’t the answer though, it was one person who was sort of a bit of both sexes: a male born with an extra X chromosome, XXY. There’s a name for it, it’s called Klinefelter syndrome. And maybe one in every 660 males is born with it.

The locals a thousand-or-so years ago were not overly fussed by any of this. They weren’t whipping up a Twitter storm trying to get anyone who somehow vaguely threatened to infringe on their right to NEVER be offended cancelled.

“The buried individual seems to have been a highly respected member of their community,” explained expert Ulla Moilanen, an archaeologist from the University of Turku. “They were laid in the grave on a soft feather blanket with valuable furs and objects.”

This VIP was laid to rest with oval brooches and scientists found bits of clothes made of wool meaning he/she was dressed in ‘a typical feminine costume of the era’. But what was confusing from the start was that there was also a hiltless sword laid at their left side, and a second sword above – probably put there later. These are indicators of it being a man’s grave, in that place in those days.

Dudes with this syndrome are genetically male and may not even realise they have the extra chromosome. You may even be one of them yourself, sometimes it seems to have little or no effect. It can, though, cause enlarged breasts, a small penis and testicles plus a low sex drive and infertility.

Some people have argued (with, it has to be said, almost no evidence) that the first US President George Washington had Klinefelter syndrome. Others could include the actor Tom Cruise, actress Jamie Lee Curtis and the female athlete Caster Semenya. Oh, and maybe the Egyptian pharaoh Tutankhamen too.

Anyway, this person in that old grave in Finland when they were alive – it seems – identified as both male and female. They “might not have been considered strictly a female or a male in the early middle ages community,” added Moilanen. “The abundant collection of objects buried in the grave is proof that the person was not only accepted, but also valued and respected.”

It might also, researchers say, challenge the generally accepted notion that these Nordic men back then were always, well, a bit on the butch side. Or maybe they were just confused. “In the ultramasculine environment of early medieval Scandinavia, men with feminine social roles and men dressing in feminine clothes were disrespected and considered shameful.” But they may also have been accepted for what they were “because they already had a distinctive or secured position in the community for other reasons.”

They might have come from a powerful family or, far more fun, have been some kind of a shaman. Awesome!

Assorted boffins, from archaeologists to historians, reckon the study is convincing and may shed a lot of light on just what was going on back then when it comes to what has become the hottest of hot topics in our own era. Leszek Gardeła of the National Museum of Denmark said the study showed early medieval societies “had very nuanced approaches to and understandings of gender identities.”

All the fuss and noise and general obsession that goes on these days around gender identity and sex and sexuality, you’d think the human species had just been plopped on the planet some time around the summer of 1967. But no, of course not. People have always been people, in all their varying creeds and colours and with all those quirks and proclivities.

Today we don’t just have lesbians and gays and bisexuals, with a sprinkling of trans folk too. Oh no. We have LGBPTGQIAAA+... that's Lesbian, Gay, Bisexual, Pansexual, Transgender, Genderqueer, Queer, Intersexed, Agender, Asexual, and Ally.

Modern society has generated an array of shiny new badges and monikers for all these people. But, of course, it’s nothing new; there have always been people who were slightly out of the ordinary.

Maybe, back then, they just didn’t go on about it ALL the time!