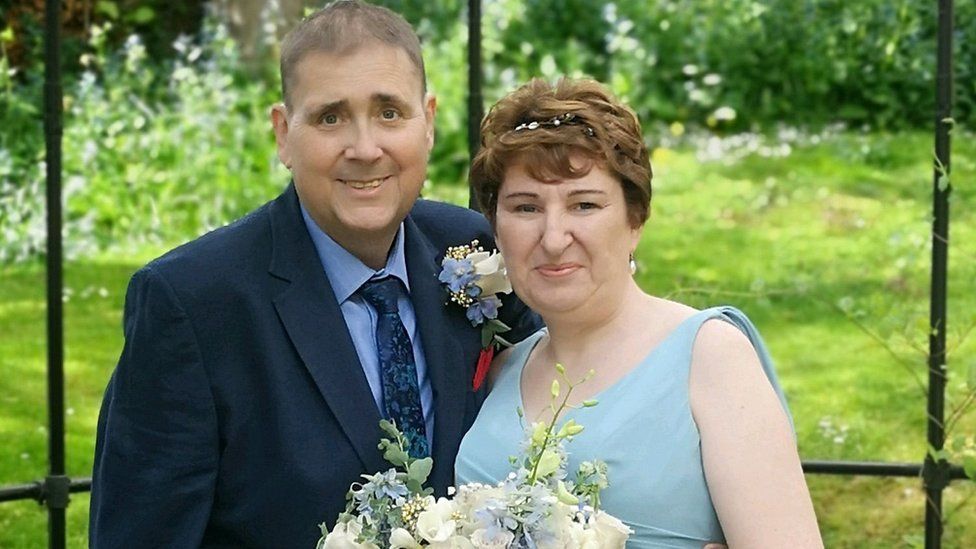 Sue Gray report: 'I wish I'd taken a fine to be with my dying husband'

"I wish I hadn't followed the rules, I'd have taken the fine," Sara said, adding she would have given anything to spend more time with her dying husband.

She told BBC Radio 5 Live she followed the rules because she thought the government was doing the right thing.

Like many of those bereaved by Covid she is angry at the revelations in the Sue Gray report into Westminster parties during lockdown.

Boris Johnson said he took "full responsibility" and was "humbled".

Sara, who is from Surrey but asked us not to use her full name, said she had been unable to go with her husband Tony, 59, when he was rushed to hospital during the first lockdown, back in 2020.

While she was able to visit him briefly, the rules at the time meant she had to leave after a few hours and he died when she was not with him.

Sara, 60, said she had been "distraught" but had listened to the government's messages and followed the rules.

"One of the events - on 20 May when they had the 'bring your own beer' [event] - was the day I buried my husband and I had just my kids with me. And it's just not fair.

"I'd have given anything for extra time to have been with him and it's just not fair."

She added it was not just about a few drinks but about the credibility of the government - and said Downing Street and the office of the prime minister had been brought into disrepute.

Sara is not alone in her anger - the campaign group Covid-19 Bereaved Families for Justice says the prime minister had treated them like "dirt" and as an "inconvenience".

Group spokesman Lobby Akinnola, whose father Olufemi Akinnola died as a result of coronavirus in April 2020 aged 60, said: "When they were texting colleagues about getting away with it, we were having to text our families telling them they couldn't come to their loved ones' funerals.

"The messages in the report show they knew how disrespectful they were being to the families they were failing, but that didn't bother them.

"Not content with partying whilst he failed to protect our loved ones, the prime minister has now spent months ignoring and lying to us."

Safiah Ngah, 29, called for Mr Johnson to resign over the "raucous and savage behaviour" in Downing Street.

She told the PA news agency restrictions in place last February meant she was unable to say a final goodbye in person to her 68-year-old father Zahari Ngah. 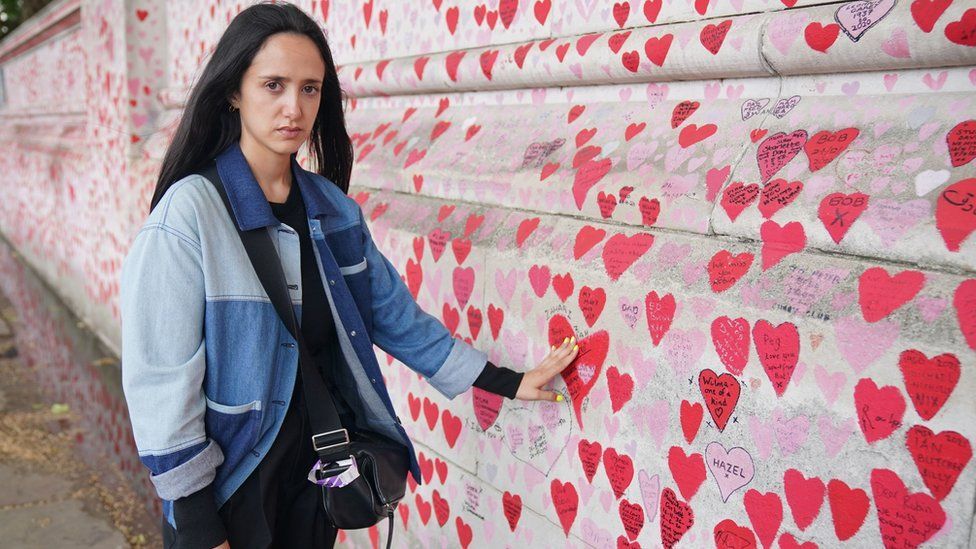 Safiah Ngah, whose father died last February, says the prime minister should resign over "raucous and savage behaviour" in Westminster

Her family had to settle for a video call as their last contact while government officials were "cheers-ing", partying and joking about getting away with it, she said.

"It's disgusting. It makes me embarrassed to be British," she said.

Lyndsay Greenwood, who lost her father to Covid in January 2021, described Ms Gray's report as "a bit of a farce", saying it does not hold Mr Johnson to account.

"Yes I lost my dad, but it's not just about that. It's the ongoing impacts of the pandemic, especially financially with people having to have gone on furlough."

She said there was "no leadership" and said the prime minister should have stepped down.

But not everyone has put the blame at the prime minister's door.

Mary Smith, whose husband Terry died during the pandemic, said the report was all "what we've heard before" and said she did not have any confidence that Labour would have done better in power.

"He's a buffoon, he did wrong. But personally I think the other issues he's handling well," she said. "I'm pretty fed up of hearing about it."

She added: "I don't bear any grudges about how [husband] Terry died but I am angry about people not wearing masks on the bus that he caught it from."