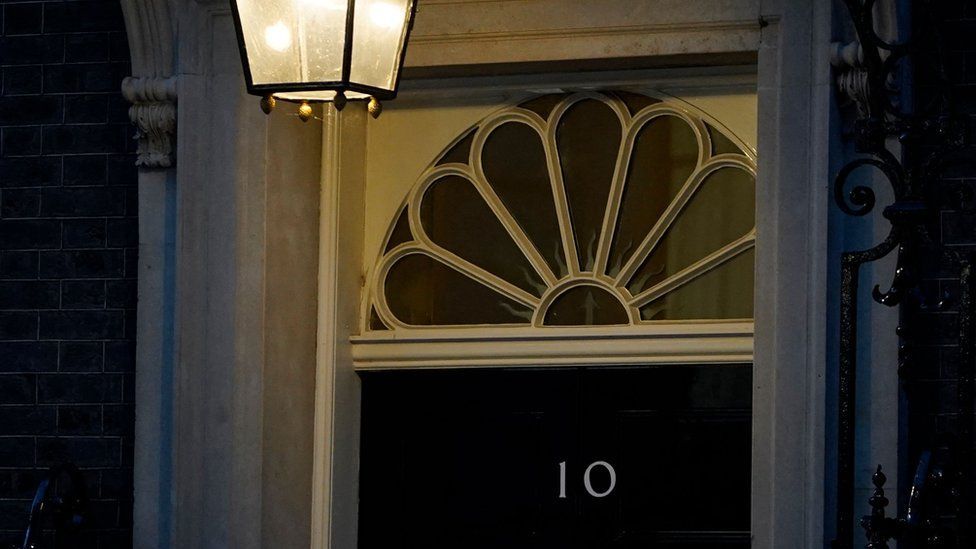 Sue Gray wants to name top officials who broke Covid rules at lockdown parties in and around Downing Street.

The senior civil servant is now free to publish her full report on the parties after the Metropolitan Police wound up their investigation.

The Met have not named any of the 83 individuals who have been fined.

But Ms Gray is contacting the ones she wants to name, ahead of the publication of her report, which is expected to be next week.

Those expected to be named by Ms Gray have been given until 5pm on Sunday to respond to information she intends to publish about them, it is understood.

The prime minister is expected to be among 30 people she is contacting.

Boris Johnson said it would be "entirely up to Sue Gray" whom she names when publishing her report, adding: "fingers crossed, that will be very soon."

Shadow home secretary Yvette Cooper said Mr Johnson had shown a "lack of leadership," and he should take "personal responsibility" for what happened.

Downing Street last month revealed that Mr Johnson, his wife Carrie, and Chancellor Rishi Sunak were fined for breaking Covid laws at a June 2020 birthday party for Mr Johnson in No 10.

It had been widely expected the PM could be fined again over other parties, but he has been told he will face no further action.

The Met has revealed some officials are facing fines for being at a party in the No 10 garden in May 2020 attended by Mr Johnson, for which he did not receive a fine.

The force has not said how many events in total attracted fines, or explained in detail the circumstances that led to individuals receiving them.

Its probe, which lasted four months and cost £460,000, led to 126 fines being issued for events in and around Downing Street.

Some Conservative MPs have previously said they are reserving judgement on Mr Johnson's future until the full Gray report is published. 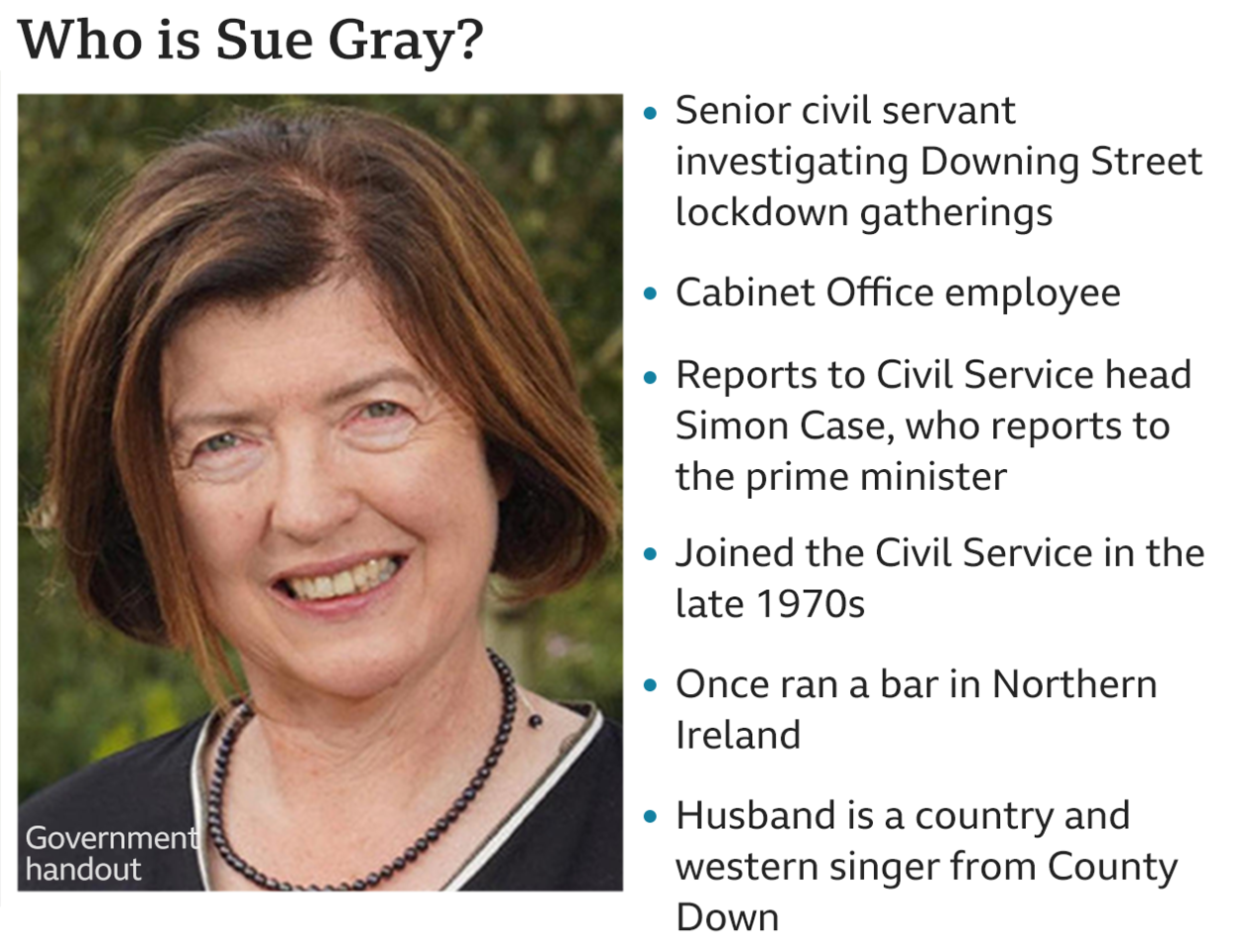 If the individuals Ms Gray plans to name in her report object to what is being said about them, it could delay publication.

A source familiar with the report told the BBC her assessment could be that there were trails of evidence to suggest the prime minister was badly advised, and not necessarily aware of what events he was stumbling into.

An interim version of her report, published in January, did not name individuals but criticised "failures of leadership and judgement" and said some events not have "been allowed to take place".

Dave Penman, boss of the FDA union representing senior civil servants, told the BBC there had been "no rationale" to name people in the Met inquiry.

But he added there would be a "harder line to tread" for Ms Gray in her report, where she would need to balance "sensitivity around naming someone publicly against the important need for public scrutiny of senior officials".

However, he expressed greater concern over junior officials being named.

What's in a name?

Ms Gray does not intend to name junior civil servants. But we're told there has been a "lively debate" on which senior names will appear in her report.

No official is under any obligation, even internally in government, to admit to receiving a fine.

But if their names are associated in the Gray report with one of the eight events for which fines have been issued, then some fear they will face disciplinary action - hence attempts to keep names to a minimum.

Labour leader Sir Keir Starmer said the number of fines showed there had been "industrial-scale lawbreaking in Downing Street".

He added that his opinion of the prime minister had not changed and that "of course he should resign".

Sir Keir is still facing an inquiry into whether he broke Covid laws at a Labour campaign event in the city in 2021. He has promised to quit as Labour leader if he is fined.

"The rules were broadly followed in Downing Street, some mistakes were made," he added.

"I think this has now brought the issue to a conclusion, and that frankly too much time has been spent on it."

Ms Gray's team said 16 gatherings fell within their remit - with police going on to look at 12 of those they identified.

The BBC has been told that in her final report Ms Gray is likely to reveal details of events that the police either didn't investigate, or didn't issue fines for.

Government sources have suggested that Downing Street does expect photographs to be published in the report.