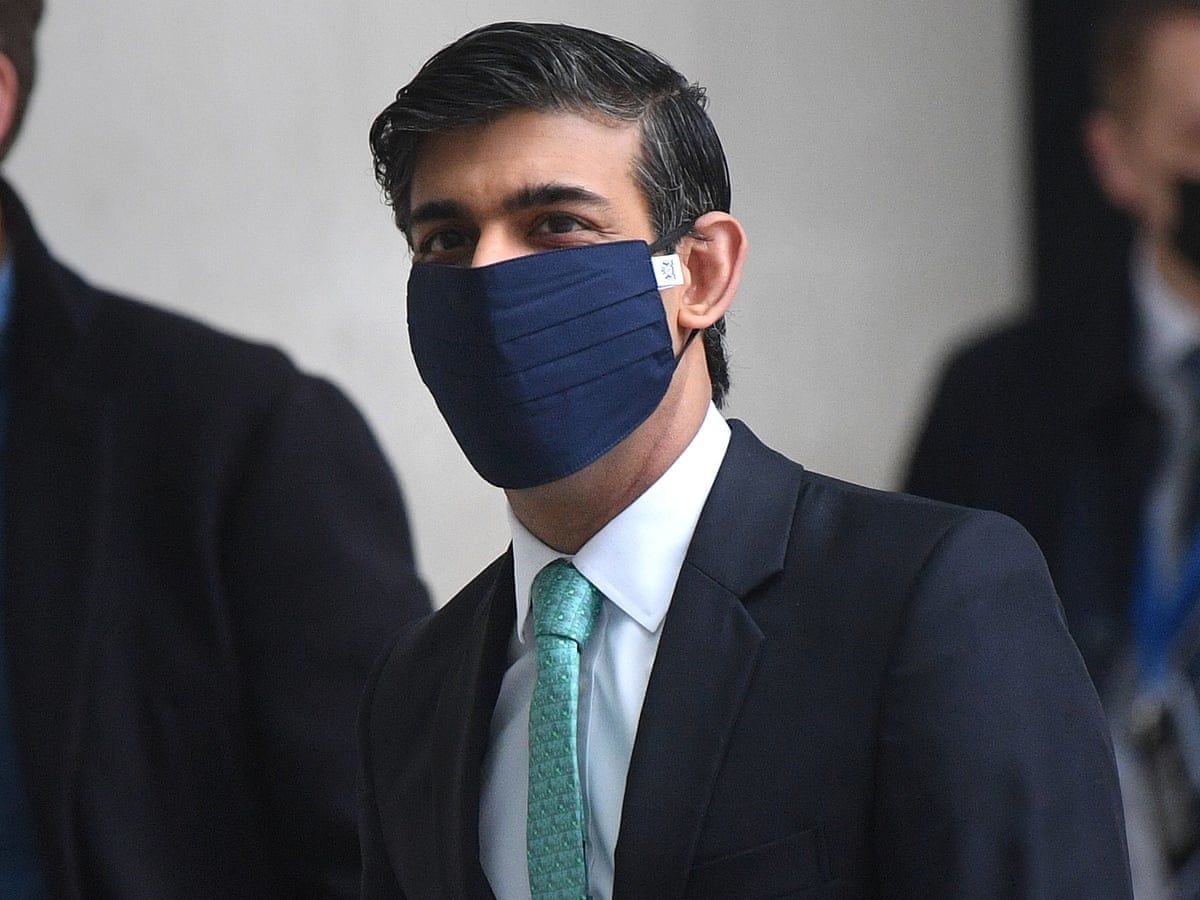 Rishi Sunak has indicated that emergency support measures such as the furlough scheme will be extended beyond the end of April in the budget on Wednesday.

In an interview on Sunday, the chancellor also ruled out speeding up the easing of lockdown even if the data improved and defended his “eat out to help out” scheme.

The number of furloughed workers in the UK rose by 700,000 to 4.7 million in January, during the third Covid lockdown, according to official figures. The scheme pays up to 80% of salaries to those who cannot work because of Covid-19 restrictions.

Asked by Sophy Ridge on Sky News if there would be an extension of the furlough scheme, Sunak said he would “do whatever it took” to support workers.

“I said at the beginning of this crisis that I would do whatever it took to protect people, families and businesses through this crisis and I remain completely committed to that. The PM in the roadmap set out a path for us to recover and reopen and I want to support people and businesses along that path.

“I’m not going to comment on specific policies but I want to make sure people realise that we are going to be there to support them and if you look at our track record we went big, we went early and there’s more to come next week,” he said.

In the interview, Sunak ruled out speeding up the easing of lockdown even if data showed an improvement in the situation.

“What we want is a cautious but irreversible approach. That’s why we’ve taken the approach that we have and those will be the earliest dates that we think we can do the various things we’ve laid out. But we’re doing everything we can to make sure that it is hopefully irreversible, that’s what we want to see.”

“What businesses don’t want is a stop-start approach to this, we want to know that it’s a one-way road and that’s why it’s cautious. We’ve given the earliest of dates to give a sense of timing and a sense of direction and then obviously we might have to adjust those if things are not going exactly as we would like, but look the early signs are promising.”

He also defended the “eat out to help out” scheme from claims that it helped increase coronavirus infection rates amid reports that it could be reintroduced.

“Areas where ‘eat out to help out’ was used the most, for example in the south-west, were the slowest to see any rise and in fact had very low infection rates. And almost all other major countries have had rises over the autumn and winter and they didn’t have ‘eat out to help out’ so I think it’s a bit odd to ascribe causality in that way,” he said.

Sunak on Sunday refused to confirm whether he planned to reintroduce the contentious scheme but defended the decision to subsidise trips to pubs and restaurants last summer amid criticism that it contributed to the second wave of the virus in the UK.

“Lots of things we do cause transmission. We have to balance all of these things and those are difficult decisions we all have to make,” he told the BBC’s Andrew Marr Show.

Amid reports that he will announce a “stealth tax” on income on Wednesday, Sunak did not deny that he plans to increase taxes soon before slashing them in a pre-election budget.

Asked as reported last month if he told Conservative MPs that he would seek to raise taxes now and then cut them before the election, he told Ridge: “I would like to be able to keep taxes low for people in general, I’m a Conservative and I believe in that.

“But I want to deliver our promises that we made to the British people that we would be responsible with their money, that we would look after the nation’s finances and we would deliver strong public services.

“That isn’t going to happen overnight, that’s going to be work that takes time given the scale of the shock that we’ve experienced but if you’re asking do I want to deliver low taxes for people, of course I do.”

Former cabinet ministers Jeremy Hunt and Damian Green have urged Boris Johnson to use the budget to produce a long-awaited plan to pay for social care’.

“We have a 10-year plan for the NHS. But two years after it was published there is still nothing similar for the social care system, even though the NHS plan will fail without one because the two systems are totally inter-dependent,” they wrote on the Telegraph’s website.

“This budget is the time to announce that such a plan for social care will be developed and published ahead of the Spending Review in the autumn.”