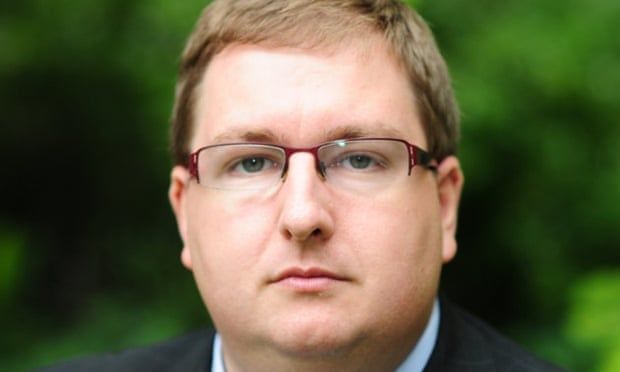 Priti Patel has appointed the former head of a hard-right anti-tax pressure group and former editor of a conservative blog to a government role in the Home Office, raising questions over civil service neutrality.

Jonathan Isaby, the former chief executive of the Taxpayers’ Alliance, which campaigns for lower government spending and lower taxes, is the home secretary’s new communications private secretary, a taxpayer-funded role.

A former editor of ConservativeHome and editor of Brexit Central, Isaby announced the appointment on Twitter. He said: “Delighted to share that this week I have taken up a job in the civil service as communications private secretary to home secretary Priti Patel in her private office at the Home Office. Excited to get started in the new role.”

But the appointment was met with immediate criticism from the opposition, who criticised the political bias inherent in the Whitehall appointment.

Nick Thomas-Symonds, shadow home secretary, said: “We know Priti Patel is under fire from Tory MPs for failing to get a grip of crime and only last month the Police Federation declared no confidence in her. So it’s no wonder she is desperate to bring in an extra spin doctor.

“But there must be serious questions about someone with such close personal political ties to the home secretary could be appointed. Yet again it’s one rule for the Tories and their mates, and another for everyone else.”

The Liberal Democrat MP Christine Jardine said: “The Tories have form on shelving meritocracy for chumocracy.

“People are tired of out of touch Conservative Ministers handing out government jobs to their chums, it’s the last thing we need when trying to recover from the pandemic.

Jardine’s reference to “chumocracy” alludes to ongoing criticism faced by the government over how it awarded contracts for coronavirus-related goods and services during the pandemic, with allegations that politically connected companies and individuals were handed priority.

Isaby was the first editor of Brexit Central, a pro-Brexit news website founded by Matthew Elliott, one of the chief architects behind the campaign to leave the European Union (EU). The website described its mission as “promoting a positive vision of Britain after Brexit”.

The Home Office said the appointment was compliant with the criteria set out within the Civil Services Commission Recruitment Principles.