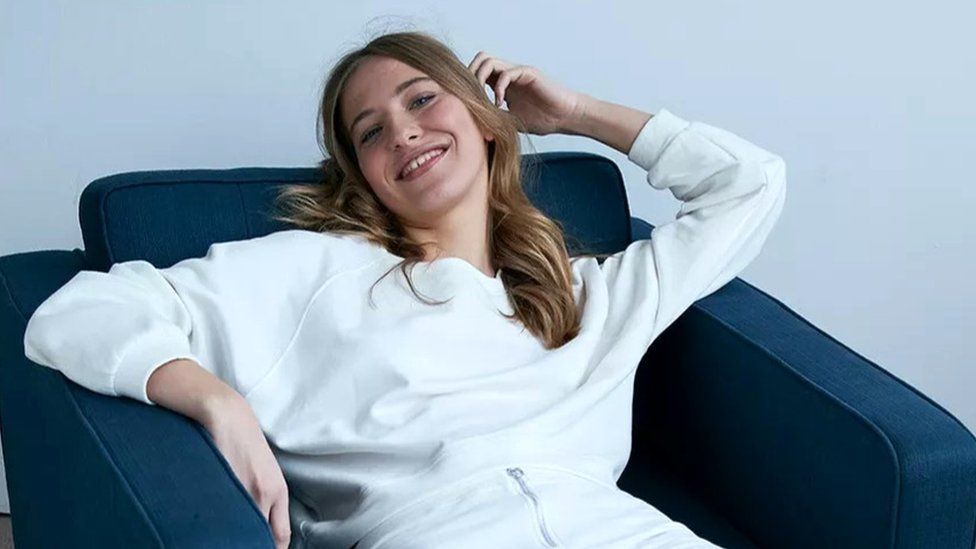 Primark says the trend for "comfort wear" has continued through the summer, with strong sales of leisurewear such as leggings and cycle shorts.

Demand also rose for seam-free matching separates for women, as many people stayed in the UK for their holidays.

However, sales at Primark were lower than expected, with sales in June and July being affected by the "pingdemic".

The retailer also said it had seen some delays to stock because of "port and container freight disruptions".

Despite this, Primark owner Associated British Foods said its profits were set to beat expectations.

The move to working from home during the coronavirus restrictions led to a surge in demand for casual clothing as people no longer had to wear smart outfits for the office.

Loungewear, defined as being a hybrid between pyjamas and track suits, has been particularly popular, as well as athleisure goods such as matching sets of sports bras, leggings and hoodies.

Many brands and fashion designers, including London's fashionable Saville Row tailors, have pivoted to creating gymwear and loungewear lines in order to generate sales during the lockdowns.

Primark said it had enjoyed very strong trade in the third quarter of its financial year, which coincided with the relaxation of Covid measures, but then conditions became tougher.

"In the UK our sales were affected by the rapid and significant increase in late June and early July in the number of people required to self-isolate following contact tracing alerts - the 'pingdemic'. Data shows that High Street footfall was impacted by the caution displayed by many consumers at that time."

However, after self-isolation rules were eased in early August, Primark said it saw a "consistent improvement through the period from a decline of 24% in the first four weeks of the quarter to a decline of 8% in the last four weeks".

Primark's sales for the second half of its financial year are expected to reach £3.4bn. It said sales of its autumn/winter range were doing well, and it had seen strong demand for its back-to-school products.

It said disruption to ports and container freight meant it had suffered "some delays" to supplies, although John Bason, finance director of Associated British Foods, told the PA news agency the group had "no worries" about stock levels for Christmas.

"There has been supply chain disruption but our team has worked incredibly hard to mitigate this so I don't anticipate this being an issue for customers," he told PA.

"We are definitely seeing a lot of inflationary pressures in different parts of our supply chain, but there is absolutely no intention to put prices up in Primark because of it."

Gemma Boothroyd, an analyst at investment platform Freetrade, said: "Even with dwindling in-store sales, Primark has managed to maintain its market share compared to the same period two years ago.

"That's a notable feat given the number of new digital entrants,"

Primark was particularly hard hit during the Covid lockdowns as it does not sell its clothes online. By contrast, fast fashion retailers online enjoyed significant growth as consumers changed their shopping habits.

In its latest update, Primark said it would launch a "new and improved customer-facing website" in the next 12 months, which would allow it "to showcase a much larger proportion of the Primark range and to provide customers with range availability by store".

But Freetrade's Ms Boothroyd noted this was not a "full-scale sales site", but "more of a tool for shoppers to check in-store inventory prior to hitting the shops".

"If anything, this seems likely to result in decreased sales for the brand. After all, isn't it the uncertainty and thrill of hunting for a bargain that gets Primark shoppers in-store in the first place?" she said.

"For now, Primark's proven it has staying power, but if it's finally going to go digital, it needs to do it right. Otherwise, it's going to find itself in an omnichannel no man's land."