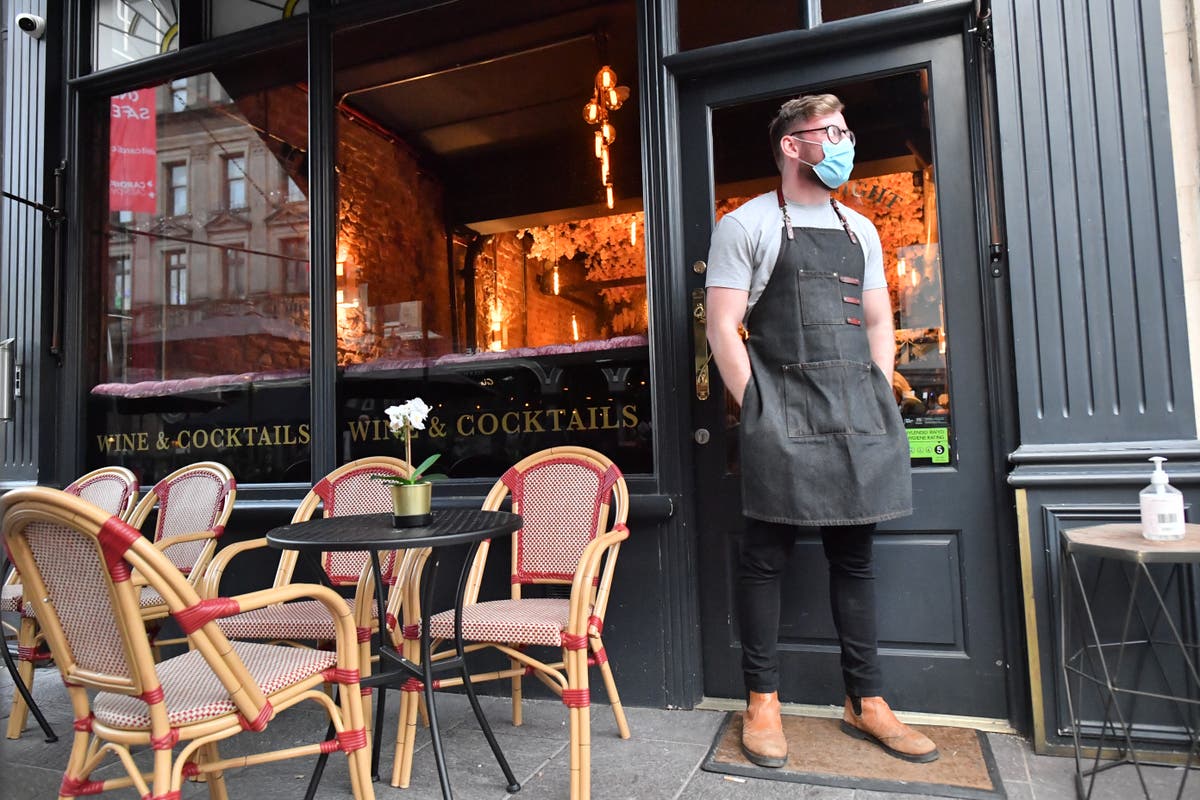 Sanjay Raja, chief UK economist at Deutsche Bank, said restrictions ‘should see both December and January GDP growth dip modestly into negative territory’
The UK economy is set to shrink in the months ahead as a result of new Plan B restrictions, according to a leading City economist.

Sanjay Raja, chief UK economist at Deutsche Bank, said in a note circulated to the bank’s clients on Friday that restrictions “should see both December and January GDP growth dip modestly into negative territory”. On a quarterly basis, Raja believes restrictions will leave 0.4% lower than initially forecast.

“The new Omicron variant has cast an undeniable shadow on the near-term economic outlook,” he wrote.

Boris Johnson this week told Brits to work from home if they could from Monday and has introduced vaccine passports for many events. The Prime Minister said the curbs were necessary to slow the spread of the Omicron Covid-19 variant.

Raja said restrictions would hit growth by denting consumer confidence: “Expect some big ticket spending plans to be delayed, and some business investment to be shifted well into the new year.”

Working from home will also hurt leisure and hospitality businesses. Cafes, shops and pubs that had benefited from the return to the office will see that trade disappear.

Business groups have warned that many firms face devastation without support from the government. Unlike past restrictions, companies no longer have access to things like furlough or coronavirus business interruption loans.

Michelle Ovens CBE, founder of Small Business Britain, said: “Small businesses urgently need support to manage cashflow over the next few months, and current interventions, such as cutting business rates by 50% for some sectors, do not go far enough.

“Until we can safely get businesses back up to full speed, we need rates to be completely cut, we need the recovery loan scheme to be extended, and we need as much leeway on cashflow as we can possibly get from organisations like HMRC on delaying tax bills and utility companies too.

“Without some intervention, small businesses will struggle to get through yet another blow to their income, even with the heroic adapting that many have done over the pandemic so far.”