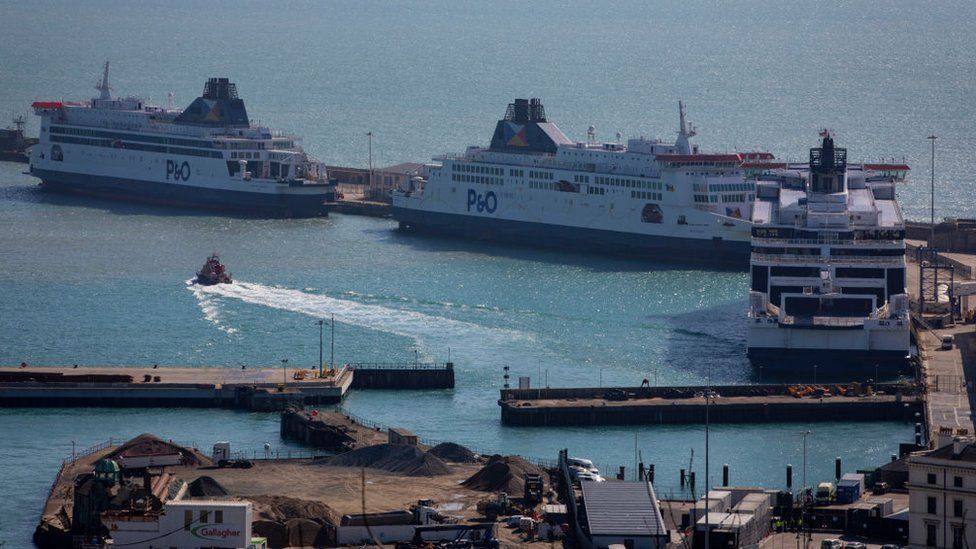 P&O Ferries' sacking of 800 staff without warning last week was "awful" and "wrong", Chancellor Rishi Sunak has told the BBC.

The government is examining the legality of the firm's actions, the chancellor confirmed.

However, the Sunday Times reports that ministers knew of the plan to sack crew beforehand, but failed to challenge it.

The Department for Transport said "full details" were not available at that stage.

A memo sent to ministers by a senior Whitehall official - and seen by the Sunday Times - outlined P&O Ferries' strategy before the sackings took place, the newspaper said.

According to the Sunday Times, the note said the sackings were designed to ensure P&O remained "a key player in the UK market for years to come through restructuring".

The memo, as reported in the newspaper, said: "We understand that P&O Ferries have an intention to try and re-employ many staff on new terms and conditions or use agency staff to restart routes; they estimate disruption to services lasting 10 days."

It was circulated before Thursday's announcement, made over Zoom, telling 800 P&O staff that they were losing their jobs with immediate effect.

The news was met with outrage from trades unions representing crew and ministers responded with strong criticism, announcing they would review all government contracts with the firm.

Mr Sunak, speaking to Sophie Raworth on the BBC's Sunday Morning programme, said P&O's approach was "appalling in the way that they've treated their workers".

The government does not appear to have voiced concerns directly to P&O before the sackings.

The Department for Transport (DfT) said it was standard practice for officials to outline what they had been told by a private firm in an internal memo.

"This was sent before ministers were advised of the full details and as soon as they were informed, they made clear their outrage at the way in which P&O staff had been dismissed," a DfT spokesperson said.

The DfT said the memo made clear that the department's priority was to "work with unions to ensure workers' rights continue to be protected".

The transport secretary had urged the company to "sit down with workers and reconsider this action", the DfT added. Grant Shapps has said he was "deeply concerned" at the move. 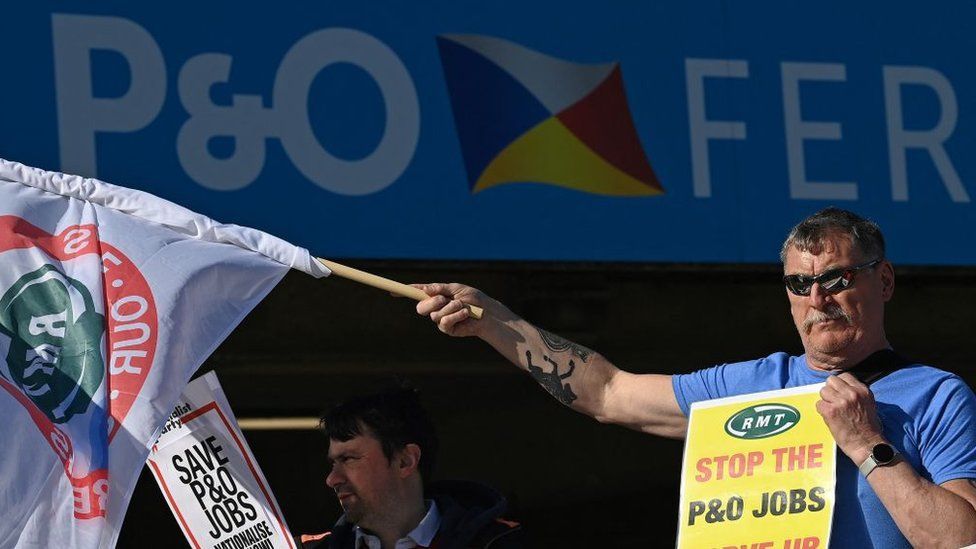 Louise Haigh MP, Labour's shadow transport secretary, said: "This bombshell letter proves that the government was not only aware of P&O ferries' scandalous action - but complicit in it.

"They knew people's livelihoods were on the line and they knew P&O was attempting to use exploitative fire and rehire practices. But they sat back and did nothing."

In a statement, P&O Ferries said: "We took this difficult decision as a last resort and only after full consideration of all other options but, ultimately, we concluded that the business wouldn't survive without fundamentally changed crewing arrangements, which in turn would inevitably result in redundancies."

Chris Parker, a director at DFDS, one of P&O's competitors, told the BBC that his company is prepared to hire some of those sacked by P&O Ferries.

"We reduced the capacity of vessels quite sharply during the pandemic because of social distancing. We're increasing that back up again now and we're looking for some staff to come in and help us with that," he said.

P&O Ferries is owned by Dubai logistics giant DP World which is, in turn, controlled by the Dubai sovereign wealth fund.

Last year, DP World's revenue soared by more than a fifth to over £3.7bn ($4.9bn) as the global economy began to pick up after coronavirus lockdowns. The company received support of around £10m during the pandemic to furlough 1,100 workers.