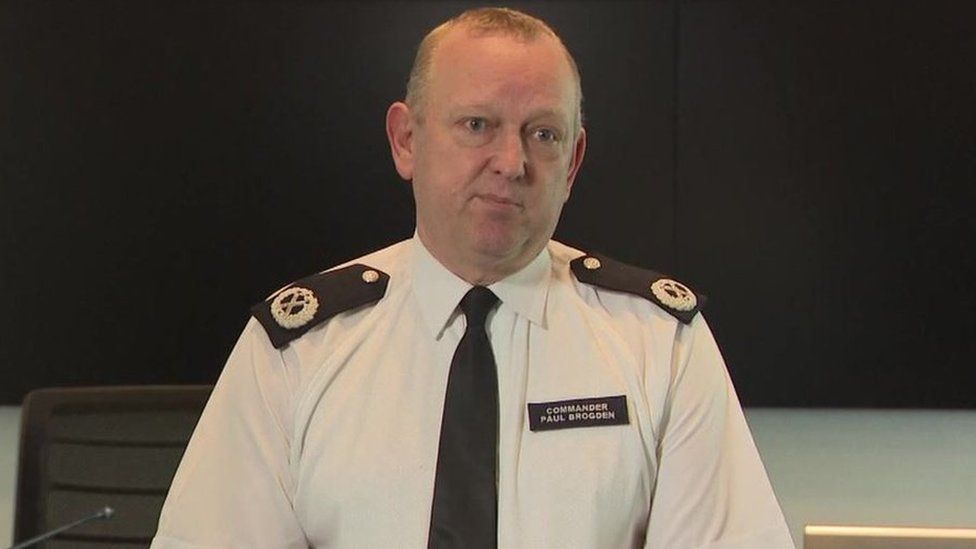 The police watchdog will take no further action over the Owami Davies case after she was found safe and well following her disappearance.

The Independent Office for Police Conduct (IOPC) had received a mandatory "death or serious injury" (DSI) referral from the Met Police.

It was made during the search for the 24-year-old's whereabouts and when it emerged Met officers had spoken with her the day she was reported missing.

However, the referral is now "invalid".

Student nurse Ms Davies left her family's home in Grays, Essex, on 4 July and was reported missing by relatives on 6 July, the day Met officers spoke to her in London.

Ms Davies had not yet been marked as a missing person on the police database, the Met said, with the force adding it had only later established the woman it had spoken to was Ms Davies as a result of their missing person investigation.

She was then last seen on CCTV footage in Derby Road in south London, near to West Croydon rail station, on 7 July at 00:03 BST, with police making public appeals to find her for the next seven weeks until she was found on Tuesday.

The IOPC said the DSI referral had been filed on 5 August, after the Met announced arrests had been made on suspicion of her murder.

An IOPC spokesperson said: "Given that Owami Davies has now been found safe, and we have not received information from the force that Ms Davies has suffered any serious injuries, the referral not does not meet the criteria for a DSI referral.

"We have advised the Met that it is invalid and therefore we will be taking no further action."

Mandatory referrals are made whenever police contact with someone who is later killed or seriously injured may have directly or indirectly contributed to harm.

Met Police Cdr Paul Brogden said concerns around the full investigation would still be reviewed by the London and Essex police forces.

"Whilst this matter does not meet the criteria for an investigation by the IOPC, and this matter is not subject to any inquiry by our Directorate of Professional Standards, we know there have been concerns raised around the search for Owami," he said.

"Therefore we, alongside our colleagues in Essex Police, will be carrying out a review of all our actions from when Owami was first reported missing.

"We will carry out the review in an open and transparent manner to ensure we have acted correctly and to identify any ways to improve our response to finding other missing people."

Officers were said to be "ecstatic" to report Ms Davies had been found "safe and well" in Hampshire on Tuesday.

"We the Davies family would like to express our deepest gratitude to every one of you, wherever you are, whoever you are.

"Thank you for all your well wishes, love hugs & thoughts. Together we searched far & beyond. We are forever grateful," one post said.

Despite the arrests of five people and numerous appeals for information, officers were struggling to locate Ms Davies as they trawled through 117 reported sightings.

The 118th report, made in response to a media appeal by a member of the public, at 10:30 BST on Tuesday was the one which led to her being found.