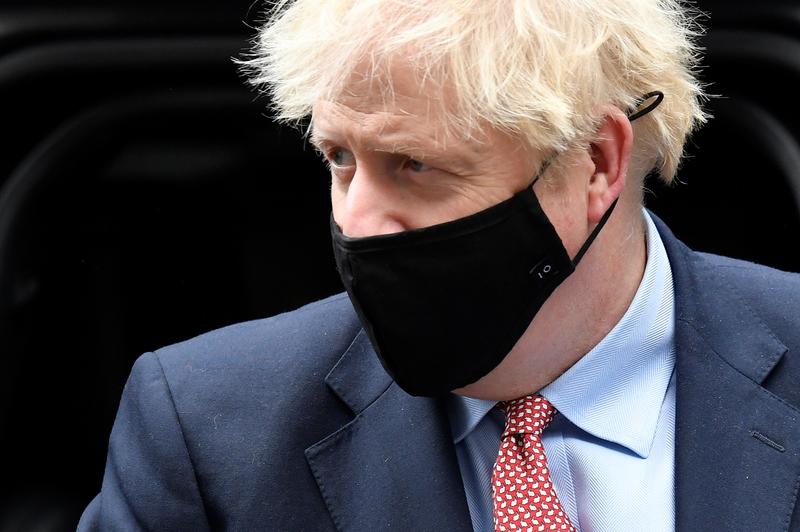 Prime Minister Boris Johnson, under fire over his handling of the COVID-19 pandemic, vowed on Tuesday to transform Britain rather than settle for the “status quo” by building more new homes, improving education and boosting the green economy.

Prime Minister Boris Johnson, under fire over his handling of the COVID-19 pandemic, vowed on Tuesday to transform Britain rather than settle for the “status quo” by building more new homes, improving education and boosting the green economy.

In a speech aimed at rallying his Conservative Party, which has become increasingly critical of its leader, Johnson laid out his vision for a country where deep-rooted inequality has been laid bare by the COVID-19 pandemic.

Using his own battle to shed excess weight - which made a bout of COVID-19 more difficult to overcome - as a metaphor for changing Britain, he listed the areas he wanted to tackle - housing, education, jobs, climate change and crime.

But Johnson offered few clues on funding after huge budget-busting expenditures to combat the pandemic, and opposition parties criticised the speech for being the “usual bluster” with scant detail on how he would protect jobs or get control over the increasing number of coronavirus infections. Britain has recorded the highest COVID-19 death toll in Europe.

“We’ve been through too much frustration and hardship just to settle for the status quo and to think that life can go on as it was before the plague,” he told his party’s annual conference, held virtually this year.

“It will not, because history teaches us that events of this magnitude, wars, famines, plagues, events that affect the vast bulk of humanity, as this virus has, they don’t just come and go...We cannot now define the mission of this country as merely to restore normality. That isn’t good enough.”

Hitting back at critics who say he has both lost control of the coronavirus pandemic in Britain and struggled personally since suffering from COVID-19, Johnson said suggestions he had lost his “mojo” was “self-evident drivel”.

“The kind of seditious propaganda that you’d expect from people who don’t want this government to succeed, who wanted to stop us delivering Brexit and all our other manifesto pledges,” he said, adding he was sticking with a diet after losing 26 pounds.

After being criticised for presiding over a glitch-plagued COVID-19 testing system, giving the public confusing guidance and repeatedly backtracking on policy, Johnson sought to buoy party members, many of whom are increasingly concerned less than a year since the Conservatives won a resounding election victory.

To try to turn the tide, he vowed to curb violent crime and protect the justice system from “lefty human rights lawyers”, while also accusing his political opponents of trying to rewrite history, saying he was proud to sing “Rule Britannia”.

For many in the party, it was just the ticket. One Conservative lawmaker said Johnson had rallied the troops while another felt that although the prime minister looked “tired”, it was good enough.

Keen to assert his green credentials before Britain hosts COP26 climate summit next year, Johnson promised to create jobs and make progress towards net zero carbon emissions by 2050 by building back greener and investing in wind power.

He also pledged to construct more homes and make them more accessible to younger people, and to improve education.

But he offered few specifics on how he would achieve this.

Angela Rayner, deputy leader of the main opposition Labour Party, said Johnson had offered “the usual bluster and no plan for the months ahead”.

“We end this Conservative conference as we started it: with a shambolic (COVID-19) testing system, millions of jobs at risk and an incompetent government that has lost control of this virus and is holding Britain back.”