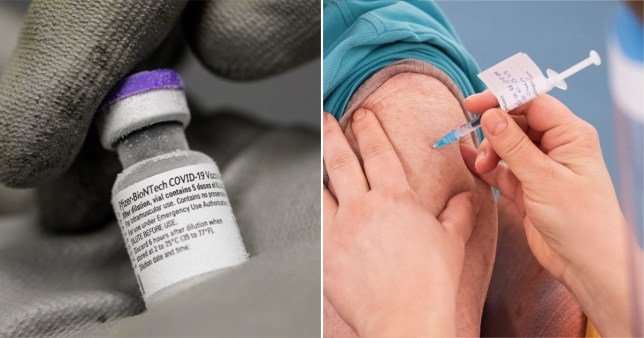 All 33 people were over 75-years-old and seriously ill before receiving the Pfizer vaccine, the Norwegian Medicines Agency said today.

‘Clearly Covid is far more dangerous to most patients than vaccination. We are not alarmed,’ the agency’s medical director Steinar Madsen told Bloomberg.

But he also said that the vaccine’s possible side effects could technically ‘tip the patients into a more serious course’ if they are already ill.

Norway recorded side effects of the Pfizer jab that include fatigue, nausea, dizziness and muscle pain.

By Friday, 13 of the fatalities had been autopsied and they all showed signs of these side effects, the medicines agency reported.

As a result doctors are now deciding whether people who are elderly or already unwell should get the jab, amid concern it could put them more at risk. 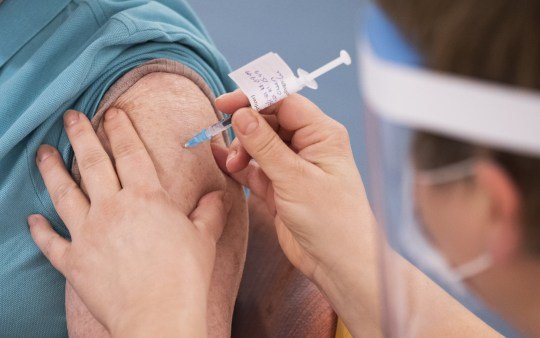 The Pfizer jab could cause fatigue, nausea, dizziness and muscle pain

Medical workers should weigh up ‘whether the benefits of vaccination outweigh the risks of eventual side effects’, the agency said.

In the same statement they said studies of the Pfizer vaccine did not look at people with acute illness and did not have very many participants over 85-years-old.

Although all deaths that happen within a few days of receiving the coronavirus vaccine are investigated, it is very hard to determine whether the vaccine caused the death. Medical experts are required to rule out any other possible cause first.

An average of 400 people die every week in nursing and care facilities in Norway, with the 33 reported deaths making up around one in 1,000 of the people vaccinated at care homes.

The European Medicines Agency said on Friday it would be assessing safety reports every month from all companies that are distributing the vaccines. The assessments will start in January with the Pfizer jab.