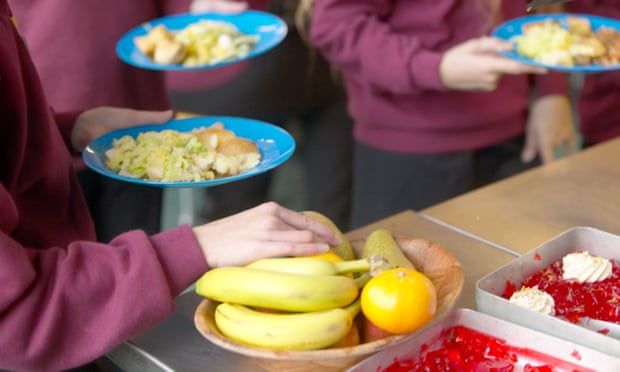 Activity and food clubs funded by government and councils in England used by 600,000 children, according to official figures
Almost a third of all children on free school meals in England benefited from government-sponsored activities and free meals over the summer holidays, according to figures from the Department for Education (DfE).

More than 495,000 children from deprived backgrounds took part in the holiday activity and food clubs funded by the government and councils. Figures collated for the DfE show that 600,000 children in total took part, including those not eligible for free school meals who were considered to be in need of extra support by their local authorities.

Annual funding for the programme was boosted to £220m this year, in the wake of campaigns by the Manchester United and England footballer Marcus Rashford, who highlighted holiday food poverty among deprived families during the pandemic.

In January this year, more than 1.7 million children were eligible for free school meals during term time, a sharp rise on the figure of 1.4 million eligible before the Covid outbreak.

Independent evaluation of the holiday programme’s impact is to be published next year. The DfE said that feedback from families who took part this summer included parents of children in Birmingham reporting less stress, with nearly three-quarters saying their children were “less likely to engage in antisocial behaviour”.

This year, councils are running the activity and food clubs over Christmas for the first time, and the programme is to continue over the Easter and summer holidays for the next three years.

Simon Clarke, the Conservative MP for Middlesbrough South and East Cleveland and chief secretary to the Treasury, said: “I have seen for myself the difference this support makes to children’s holiday experiences and to their getting a proper nutritious meal, and it’s really powerful.”

James Bowen, director of policy for the National Association of Head Teachers, said while the positive impact and funding was good news, school leaders were seeing more families struggling and more children living in poverty.

“Coronavirus has only exacerbated this and has shown just how vulnerable many families really are. We’d like to see more done to tackle the root causes of poverty to eliminate the problem,” Bowen said.

A separate report on the government’s national school breakfast programme found evidence that free, healthy breakfasts aimed at children from low-income families had a positive impact on behaviour, attainment and eating habits.

The breakfast programme began in 2018, for schools with at least half of their pupils from the most deprived households. The schools received free food, advice and a £500 grant, and 325,000 pupils took part at the scheme’s peak.
#Coronavirus  #Covid
Add Comment