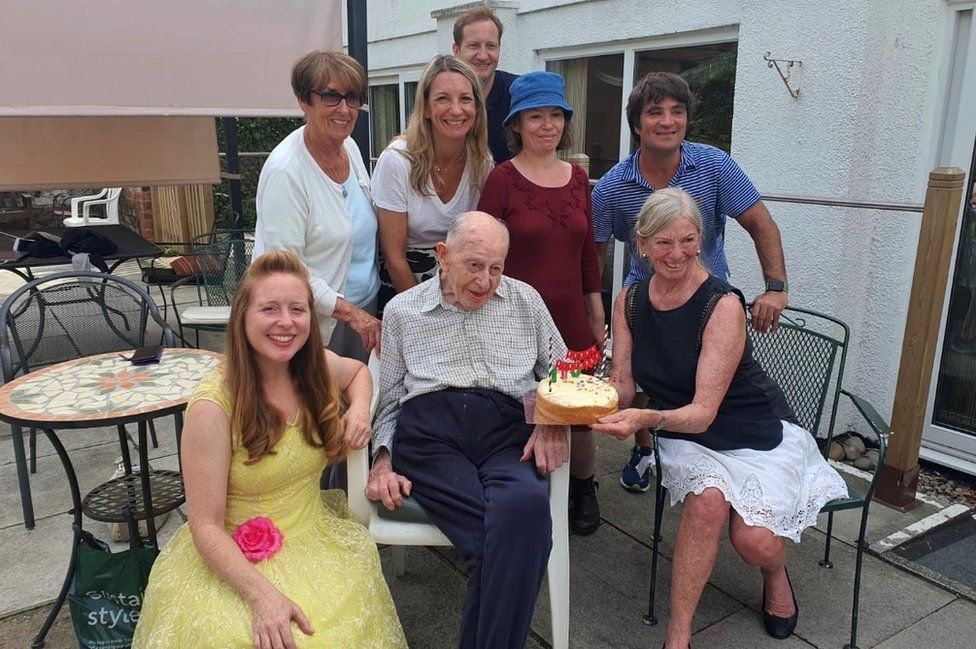 Moderation is the key to life, GB's oldest man says on 110th birthday

Britain's oldest man has celebrated his 110th birthday by declaring "moderation in everything and all things" as the secret to a long and happy life.

John Alfred Tinniswood, who lives in Southport, said he did not believe it when he was told he had become the country's longest living man.

"I don't feel old, I keep up with my friends," the avid Liverpool fan said.

Care home manager Katie Howard said he was an "amazing individual with so many stories" and a "true gentleman".

Mr Tinniswood was born in Liverpool in 1912, meaning he has lived through all but two of his beloved Reds' title-winning campaigns, as well as two world wars and both the Spanish flu and Covid pandemics.

He said when considering the secret to a long life, he had "one word; moderation".

"Moderation in everything and all things," he said. 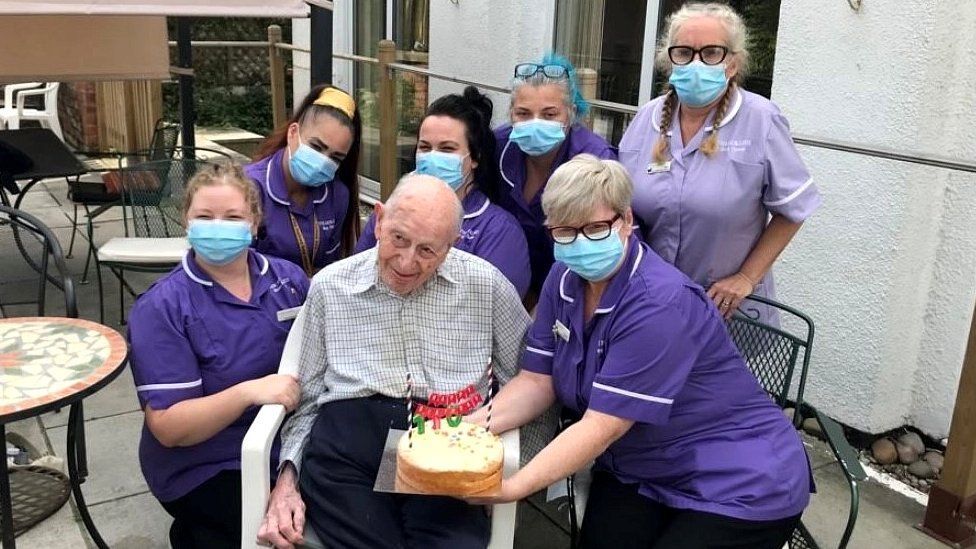 The home's compliance and support manager, said it was "a true honour to care for John"

He also said it was important to "broaden your vision".

"Don't stay with one thing all the time or you'll be on a narrow path," he said.

"So many people today are like sheep, a lot of people go through life not thinking for themselves."

He added that his fondest memories were of his marriage and the birth of his daughter, Susan.

He was visited at The Hollies care home by Mark Blundell, the Lord-Lieutenant of Merseyside, who passed on a birthday card from the Queen.

Mr Tinniswood said it felt "very special" to get the card, which had "very good messages from the Queen". 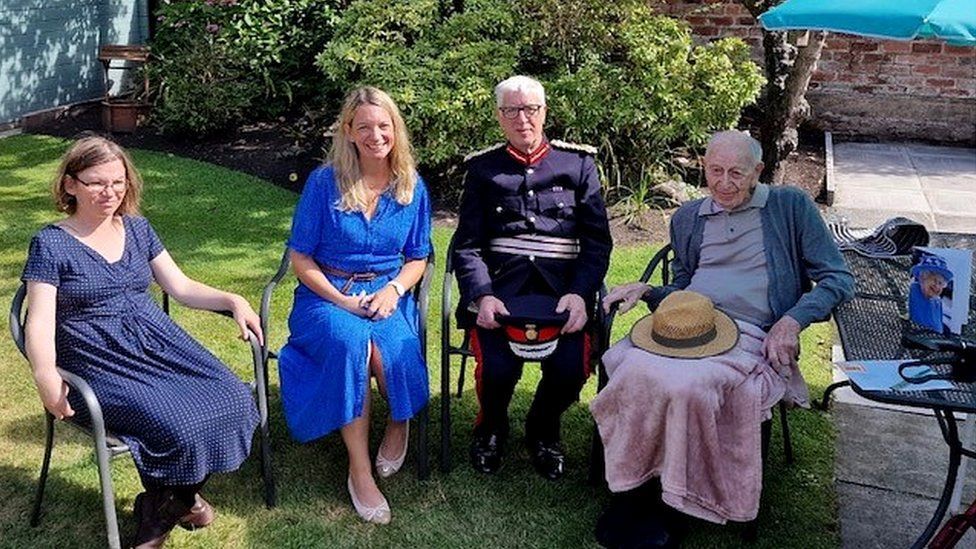 Mr Tinniswood was visited at the care home by Mark Blundell, the Lord-Lieutenant of Merseyside

Asked about being Britain's oldest man, he said he did not believe it.

Ms Howard, the home's compliance and support manager, said it was "a true honour to care for John".

"He is an amazing individual with so many stories to tell."

She said when he was not downstairs among the other residents, "he enjoys reading the paper and listening to the radio".

"He is a true gentleman," she said.

Mr Tinniswood was joined by his daughter, his grandchildren and the home's other residents, including Mary Hanson, who was celebrating her own 98th birthday.