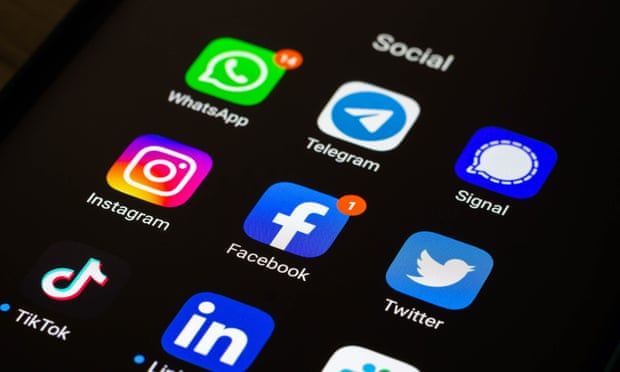 Criminals have been using social media – from dating sites to local community groups – to find, threaten and control people in debt
Local WhatsApp groups have been one of the silver linings of the pandemic, creating community ties and support networks. Yet loan sharks are increasingly using these groups to extort money from their victims, according to England’s Illegal Money Lending Team (IMLT), an organisation that prosecutes illegal lenders and supports victims.

Such lenders are also targeting their victims online – the IMLT’s 2020 victim statistics report shows that one in 10 victims met the loan shark via social media platforms such as WhatsApp, Snapchat and Facebook, or through dating websites. Criminals are also creating their own WhatsApp and Facebook groups that appear to be for local communities but are actually ways to maintain control over their victims, according to Tony Quigley, the head of the IMLT. “It looks like a local community group,” he said. “They will say ‘come and join the group’, ‘see what’s going on’. But it has a more sinister side to it.”

Loan sharks operate by offering victims short-term loans, then increasing their repayments arbitrarily and adding extra costs, often with threats of violence if money is not repaid.

“The illegal moneylender uses the group to apply pressure to the individual,” he said. “’I can’t give out loans this week, because Doris still owes me money’, that sort of thing. As well as ‘if you don’t pay me this week, I’ll put a note on the WhatsApp group about how you owe money’.”

The economic impact of the pandemic means that the IMLT fears there could be an increase in the number of loan-shark victims.

“What we find is that wherever there is financial difficulty, then the illegal moneylenders will exploit that to their own advantage,” said Quigley.

“But it can take as long as two years for people to come through and ask for help – when people are at their most desperate.”

The IMLT said that in one case, a lender allegedly paid a Snapchat influencer to promote its loans.

Another victim was targeted on a dating website, where some loan sharks set up profiles offering loans. The woman was tricked into taking out a £3,000 loan after revealing she had financial problems. The IMLT said the loan shark demanded £10,000 and sexual favours to pay off her debt.

Victims have also described being blackmailed on social sites used by the LGBTQ community by loan sharks threatening to download and share private photographs if they fail to pay their debts.

Those who introduce loan sharks to their victims are also vulnerable, Quigley said: “If you introduce somebody to the illegal moneylender and they don’t pay, then that debt can be moved to you.”

Charities supporting victims of crime say gangs have been using family debt as a way to force children into county lines drug dealing.

Bali Rodgers, the founder of the Safer Communities Alliance, a Kent-based community interest company, said they had recently supported a 17-year-old whose mother was a drug user.

“She has mental health problems and ran up a £3,000 debt and the son has taken responsibility for paying it off by doing county lines drug dealing,” she said. “For the gangs it is all about power and control, and one of the currencies of control is cash.

“They hold debts over vulnerable people as a way of hot-wiring their entire lives. We have assisted families in south-east London, many of whom had to pay back spiralling interest of alleged drug debts for their children.

Quigley said the depiction of loan sharks in soap operas, most recently an EastEnders storyline where Karen Taylor, played by Lorraine Stanley, is threatened over a £10,000 debt, had helped raise awareness of how they operate.

“We’ve put illegal moneylenders on the agenda now. It’s been in all the soaps, whereas before it never had been. It’s a real issue that anyone could be affected by.”
#Coronavirus  #Facebook
Add Comment