The charity gathered views from half a million people in the UK on bringing up children under the age of five.

It found parents increasingly worried about feeling cut off from support, particularly in more deprived areas.

The duchess said it had been a "hugely challenging" year for families.

'Every second is a battle'

"It's very tough," says Emily Wingrove, mother of three-year-old Franklin and Denis who had his first birthday this month, in celebrations muted by the lockdown. 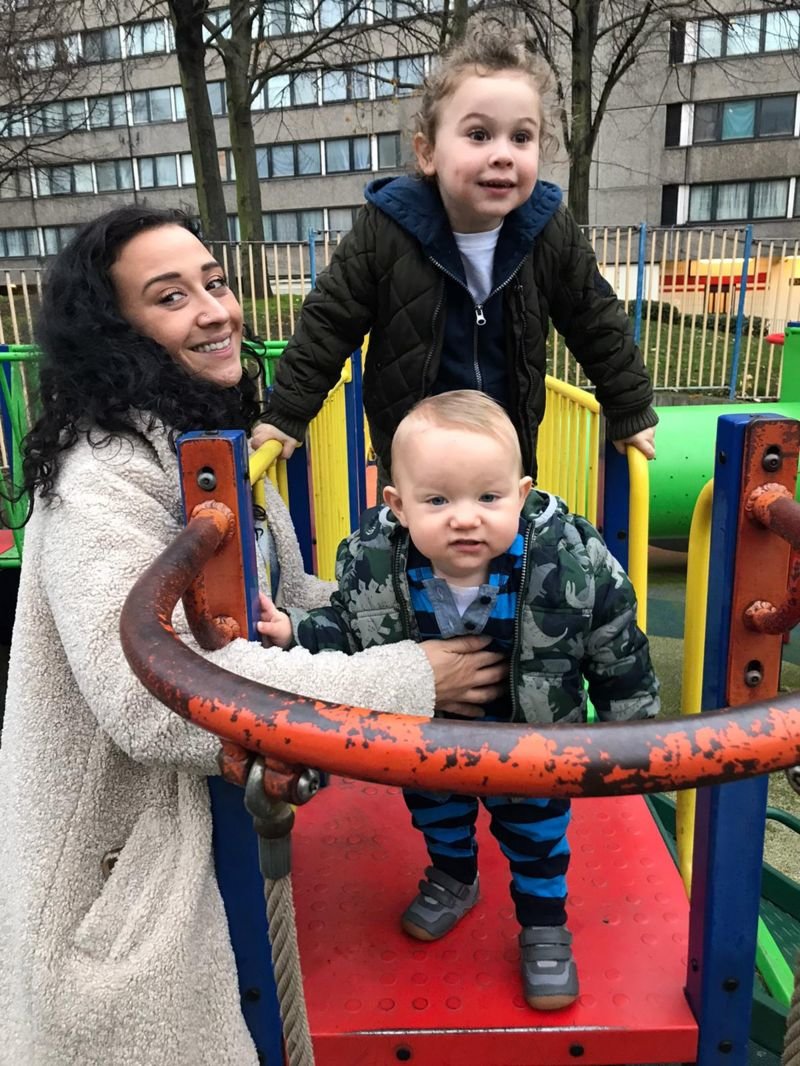 She lives with her two young children in a small flat in south London and has been cut off from her own family and in-laws.

"It's draining. It takes its toll. There's definitely a burn out, like hitting a brick wall. When is it going to end?"

Emily misses the "reassurance" of being able to talk to other mothers and worries about the lack of access to children's centres and baby clinics.

The pressure on parents is relentless, she says, with "no night off to recharge the batteries".

Families without a garden have had a much tougher time than has been recognised, she says.

"It's so difficult to keep them entertained. Every second is a battle," she says.

The report from the Royal Foundation shows parents under emotional pressure in the pandemic - drawing on 528,000 responses to the Five Big Questions survey launched by the duchess, plus further research with 3,700 people across the UK.

It is claimed to be one of the biggest ever responses to such a survey into childhood - and the duchess says problems in adult life, such as "homelessness, addiction, and poor mental health are often grounded in a difficult childhood". 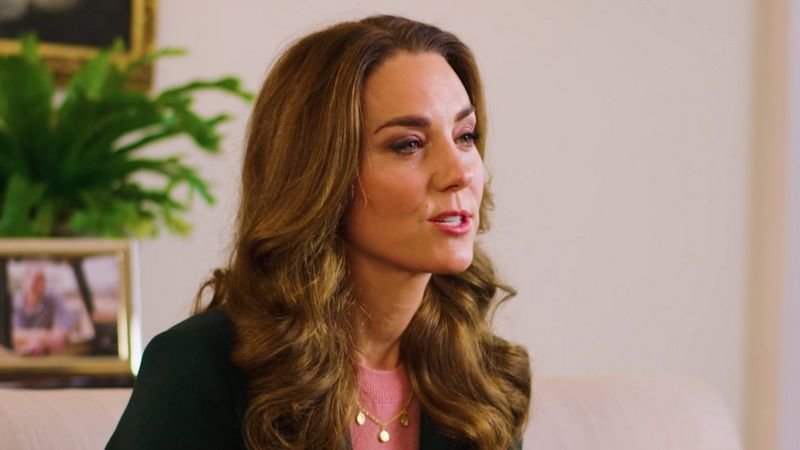 Parents need to protect their own well-being, says the study

Addressing an online forum on Friday, the duchess said support for children in early years should have equal status to "the other great social challenges".

A greater investment in children's first years "isn't for the quick win - it is for the big win," the duchess told her online audience.

The research shows separation from family, friends and support networks during the lockdown taking a heavy psychological toll on parents of young children - with 63% reporting feelings of loneliness, compared with 38% before the pandemic.

But the Duchess of Cambridge warns her research also shows "just one in four recognise the specific importance of the first five years of a child's life".

"I can't describe the loneliness. Everything is on you," says Rebecca Goatley, a lone parent, living in Wallingford, Oxfordshire, with her three year old son. 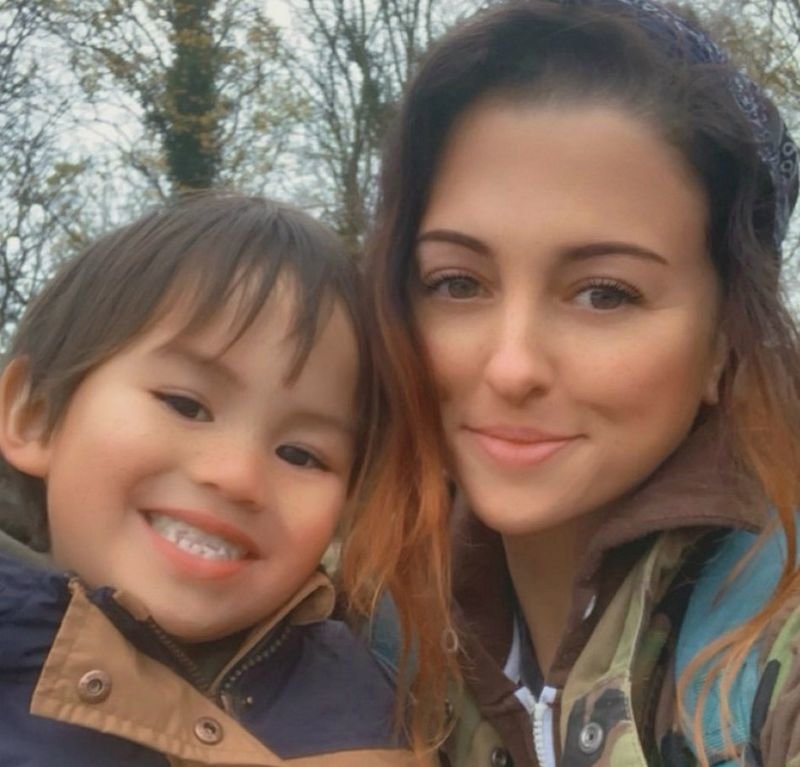 Making it even more of a "complete nightmare", she had coronavirus during the lockdown.

"I've never been so unwell in my life. I thought I was getting a bit of a sore throat and then when I was cooking dinner I couldn't smell anything," she says.

It meant looking after her son in their flat while suffering from Covid, with her mother helping by dropping round food.

"I've never felt tiredness like it," says Rebecca, who usually enjoys playing rugby rather than being "stuck in a flat with no one to talk to". 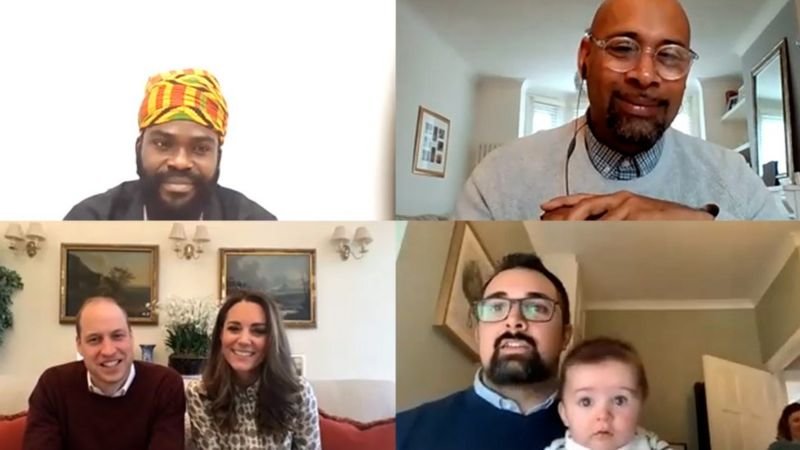 The whole experience of the pandemic has been one of exhaustion for parents with young children, says Rebecca.

"Mentally and emotionally it's been really hard," she says, with parents isolated from their friends and family while children have also been desperate to play with their own friends.

"It's been so strange - and made me feel disconnected from everything," she says.

"There's not been enough focus on kids in the lockdown and how it has affected them. It was like cabin fever," says Rebecca.

The research launched by the Duchess of Cambridge says parents have neglected their own well-being, with only 10% taking time to think about their own mental health.

It also found 70% of parents "felt judged" about how they were bringing up their children, or how their children were behaving, and that could "make a bad situation worse".

Neil Leitch of the Early Years Alliance says "the first five years of a child's life are absolutely critical for a child's long-term life chances".

But during the pandemic, he says, the focus was too often on getting children back to school, rather than the support and childcare needed for families with young children.

"Parents put pressure on themselves," says Zunaira, who misses the friendships and social activities that would usually be a lifeline for this mother of two young children.

It is easy for parents to be guilt-tripped into thinking they should be coming up with amazing activities every day. 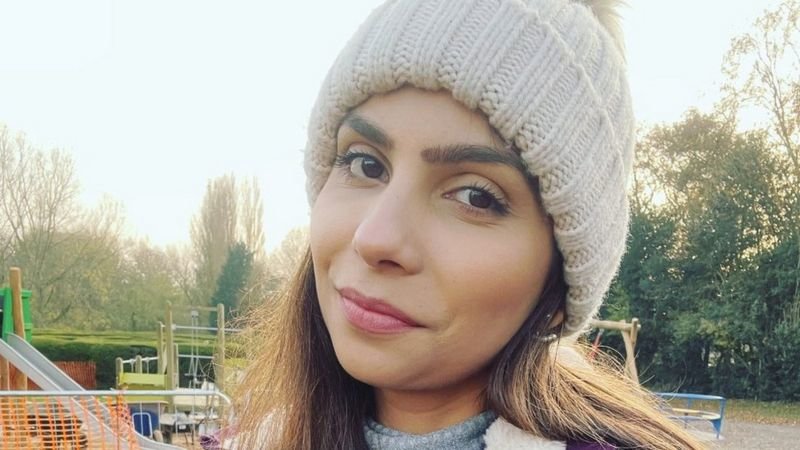 "It's lonely. You lose your own self, you forget about yourself - and all the focus is on another person.

"Your identity goes and I felt like I was suffocating," said Zunaira, from Peterborough.

The long, exhausting pandemic is taking its toll on young families, she says, cutting them off from the simplest pleasures.

"You just want to sit in a cafe, have a bit of cake and a talk," she says.