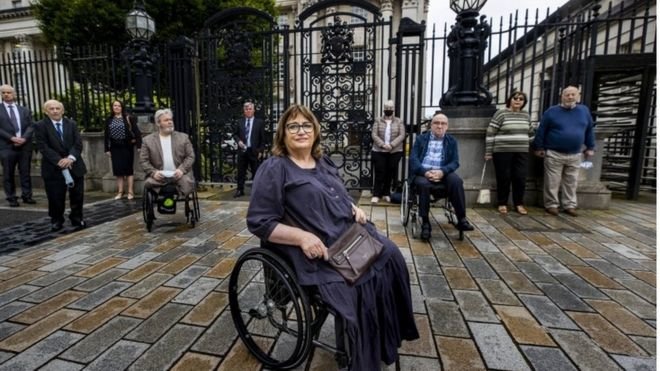 A judge has accused NI deputy first minister Michelle O'Neill of deliberately choosing to ignore the rule of law by delaying a compensation scheme for Troubles victims.

He said her stance in not nominating a department to administer the scheme was "inappropriate".

He said this at the outset of a legal challenge.

It has been taken by Jennifer McNern who lost both legs in a Troubles bombing.

"I see it as one element within the Executive Office deliberately choosing to ignore the requirement to comply with the rule of law to express a political advantage," Mr Justice McAlinden told Belfast High Court.

"That is a fundamentally inappropriate stance to take and it is a stance that this court will have no hesitation in describing in the bluntest terms and in requiring a remedy to be provided in the shortest timeframe."

He said having read the arguments put forward by Ms McNern's legal team and the Executive Office, his "initial view" of the issue was unlikely to change as a result of hearing the case in full.

Ms McNern is seeking a judicial review of the Executive Office's failure to introduce the scheme, which should have been open to applications at the start of May.

Ms O'Neill has declined to progress the scheme by refusing to allow the Executive Office, of which she is jointly in charge, to nominate a department to administer pension payments.

Sinn Féin has claimed that the criteria for those who are eligible to apply potentially discriminates against some republicans with convictions from the Troubles.

Mr Justice McAlinden adjourned the judicial review hearing for a short period on Monday morning and asked the legal parties to discuss whether they wished to proceed. 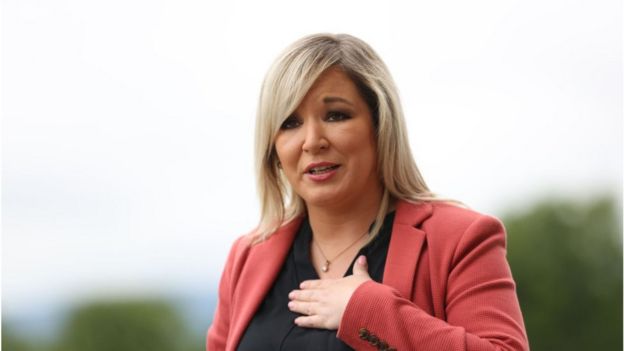 Mr Justice McAlinden said he would hear the case in full, if the legal parties adopted "entrenched positions" and wished to proceed.

"What I see here is there has been significant and unjustifiable delay, that delay cannot be allowed to continue and this scheme, which is a scheme enacted by the Westminster parliament by primary legislation, followed up by regulations, this scheme is overdue and it needs to be brought forward and brought into operation as soon as possible for the benefit of those individuals, like Ms McNern and many others, who quite clearly have suffered for long enough without their suffering being appropriately recognised by our society.

"That is the initial view I take upon this case having carefully considered the papers."

Ms McNern sustained life-changing injuries in the Abercorn restaurant bombing in Belfast in 1972.