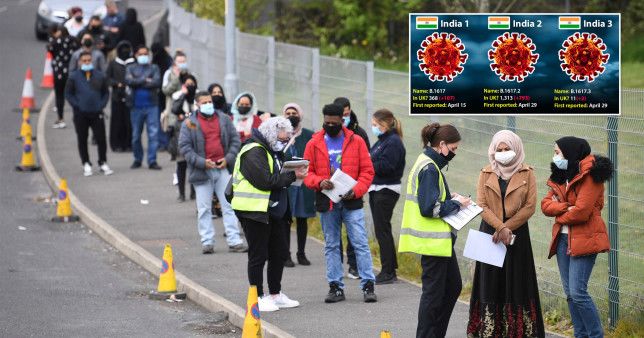 The Indian Covid variant could be up to 50% more infectious than the Kent strain that sparked a deadly second wave across the UK, the Scientific Advisory Group for emergencies (Sage) has warned.

It is ‘highly likely that this variant is more transmissible than B.1.1.7 (high confidence), and it is a realistic possibility that it is as much as 50% more transmissible‘, minutes of a meeting between the Government’s scientific advisers on Thursday read.

If the variant is 40% to 50% more transmissible, it is likely Monday’s easing of restrictions could lead to ‘a substantial resurgence of hospitalisations similar to, or larger than, previous peaks’, they add.

The Kent variant is suspected to spread up to 70% faster than the original virus, thought to have started in Wuhan, China.

The paper from Sage is based on modelling on May 5 from Warwick University that cautions daily hospitalisations could reach 5,500 by late summer if the variant was found to be 50% more infectious.

These rates could be reached even with millions of people vaccinated and could eventually overwhelm the NHS, experts say.

The Sage paper on May 13, said: ‘Transmission of this [Indian] variant is currently faster than that of the [Kent] variant most prevalent in the UK (high confidence).

‘Observed doubling times are around a week or shorter for some of the largest clusters but slower in others. 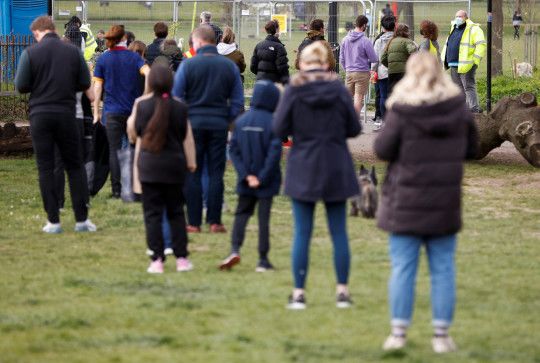 ‘There are also plausible biological reasons as to why some of the mutations present could make this variant more transmissible.’

It comes as England’s chief medical officer Professor Chris Whitty says the Indian variant is expected to become the most dominant in the UK.

Seeking to reassure the public, he said there is ‘no evidence’ vaccines will not be effective against it.

However, Boris Johnson has warned the new variant has the potential to delay stage four of the lockdown roadmap on June 21.

The easing of rules on May 17 will go ahead across England – but second Covid vaccine doses will be sped up, the Tory leader told a Downing Street press conference today.

Anyone aged over 50 or clinically vulnerable will be invited to get their second jab within eight weeks rather than 12.

Those aged over 40 who have still not come forward will be prioritised for first doses, as the PM warns the ‘race between the virus and our vaccine programme may be about to become tighter’.

The Army will be deployed to help with surge testing on the streets of Bolton and Blackburn after cases of the strain more than doubled in the space of a week.

Official figures show there have now been 1,313 cases of the Indian variant in the UK – after 780 new infections were recorded in the week to Wednesday.

Mr Johnson said: ‘I do not believe that we need, on the present evidence, to delay our road map and we will proceed with our plan to move to step three in England from Monday.

‘But I have to level with you that this new variant could pose a serious disruption to our progress and could make it more difficult to move to step four in June.’