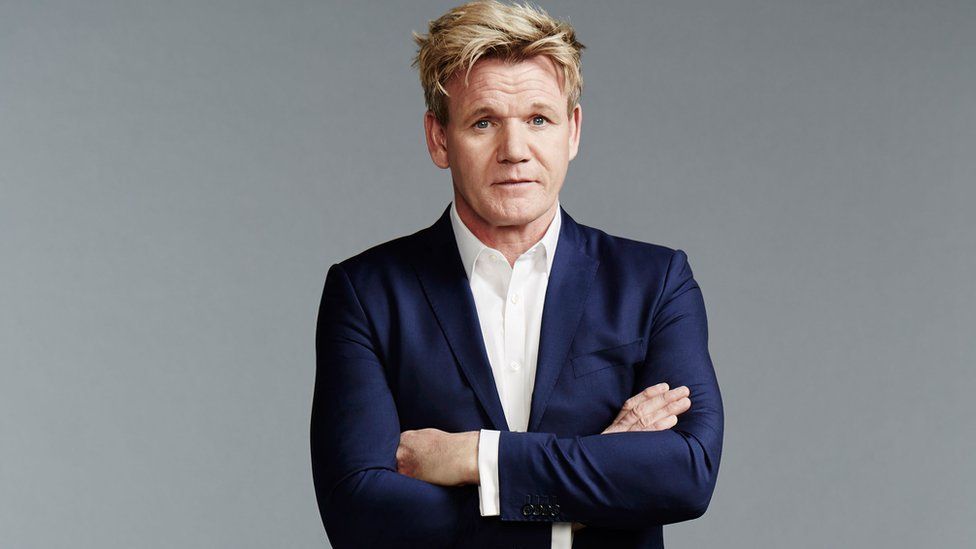 The TV chef discusses his new BBC game show and how restaurants are coping in lockdown.

With restaurants still closed across the UK, Gordon Ramsay would have good reason to be in one of his famously foul moods.

But while lockdown continues to have a devastating impact on the hospitality sector, the chef and TV personality has at least managed to find one silver lining.

"Well, I haven't missed the food critics! But never doubt, those [haters] will be coming back," he laughs, using a rather stronger word than that.

Like most restaurant owners, Ramsay has had a rough year. His group, Gordon Ramsay Restaurants, operates 35 eateries around the world. Most of those remain shut, including 18 in the UK.

Efforts have been made to help restaurants since the pandemic hit, with schemes like Eat Out To Help Out and a temporary ban on landlords evicting businesses who fall behind on rent. But many are still desperately struggling.

"The government have been super supportive, and incredibly concerned, in terms of, landlords seem to be taking a breather, which is good," Ramsay acknowledges.

"But think of the pressure," he continues. "We had to cancel 22,472 reservations through the month of December, and that's the one glory month that gets us through the first weak part of the year, January and February, when everybody goes dry and becomes vegan. 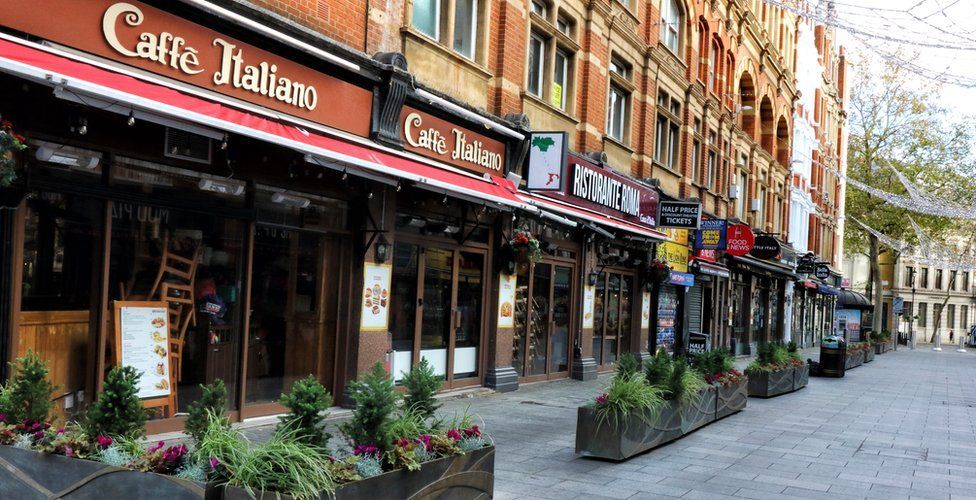 "So I'm not going to lie, it's been tough. But how do we come back and open these restaurants, fingers crossed, in March? We've gone back to [being] creative, so every restaurant in the group will be re-opening with new additions to the menu."

Ramsay explains he and his team have been having tasting sessions via Zoom and keeping in contact for support. "I spend a lot of time on a daily basis with the youngsters of the group, which is super important, and I'm encouraging long walks, fresh air, and just feeling free and getting out."

Yet while he's quite happy to have gone without any bad reviews for a few months, it's clear the 54-year-old is itching to get back to work, much like the rest of the industry.

"What have I missed most? Breaking bread," he says. "The atmosphere that restaurants create. The atmosphere when you open those doors and you walk into a restaurant, and when you sit with someone you haven't seen for a couple of weeks and you've got a nice cocktail and amazing food, that's what I miss. And the smiles on their faces, there's something quite unique and content about being in that arena."

His restaurants may have been closed, but Ramsay certainly hasn't been lazing around during lockdown. He's used the extra time to shoot a new game show he's been developing since 2019. 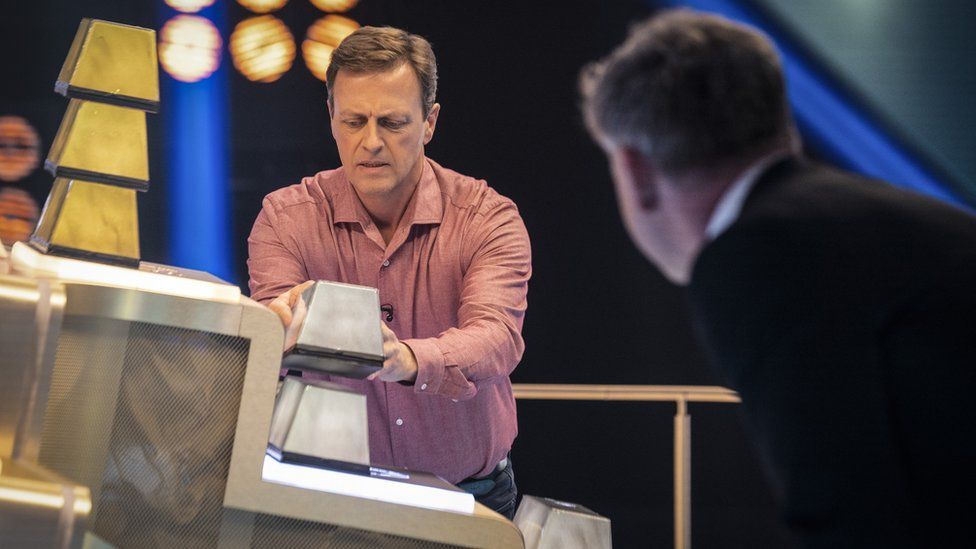 The show sees contestants trying to win money by balancing gold, silver and red bars of varying weights across a pyramid without it tipping over, which is evidently harder than it looks. "That board is so unpredictable, it's more unpredictable than me," Ramsay jokes.

All the standard game show elements are there, including tight time restrictions, general knowledge questions, plenty of jeopardy and large cash prizes - the jackpot is £100,000.

Ramsay acknowledges that viewers might be surprised to see him hosting such a programme ("Do I look like a game show host?" he asks). But it's worth saying he hasn't tried to conform to stereotype; he's still recognisably sweary and short-tempered, which may have been the reason for the show's post-watershed timeslot. 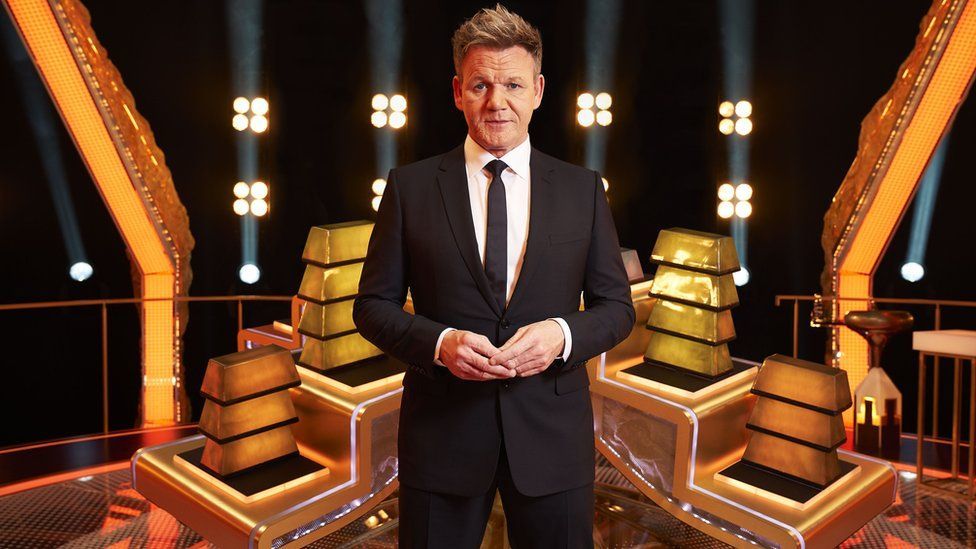 "I didn't go up there all cocksure about becoming a phenomenal game show host, I wanted to be me," he says. "And I think, on the back of that level of support from the BBC, and not [putting me] in a straitjacket, I needed room to breathe. And so there's something pretty dynamic about being given a show at 9pm."

Kate Phillips, the acting controller of BBC One, says: "He was very much at home in a game show studio, I have to say. He embraced the whole process with gusto."

She will be hoping Bank Balance can equal the popularity of Ramsay's previous shows. So far in his career, the chef has been a reliable ratings winner on both sides of the Atlantic. His TV career really took off with Kitchen Nightmares, which launched in 2004 and saw him help failing restaurants to turn their fortunes around. 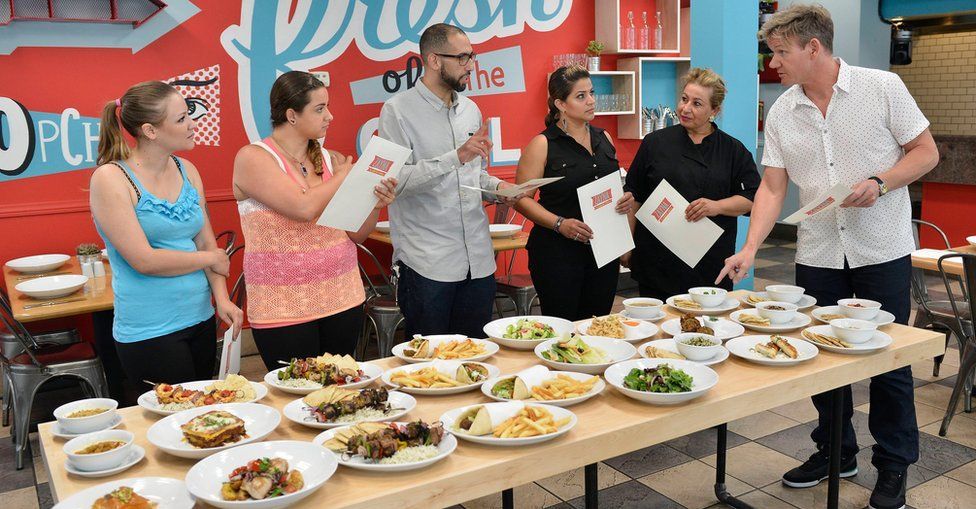 It didn't take long for him to break America, where he has so far hosted 19 series of Hell's Kitchen. More recently, he launched a new restaurant rescue show, 24 Hours to Hell And Back. He's remained on British screens too, fronting a road trip series with Gino D'Acampo and Fred Sirieix.

You can see why he spends so much of his life in front of the camera. His explosive personality has always been compelling to watch, and his programmes still get big viewing figures, particularly in the US.

Ramsay may not have softened his swearing on his new game show, but he explains any frustration he feels comes from genuinely wanting the contestants to do well.

"These are real people who are experiencing some awkward, difficult, traumatic times. And £100,000 is quite life-changing money," he says. "There's nothing wrong with telling them, 'I want you to do well... but I'll be really [annoyed] if you don't win.'"

He adds: "It's a tough show to launch, and there are so many moving parts, so you've got to be this multi-faceted, caring, firm but fair, and driven to get the contestants some money. And if they don't do well, I feel bad, I take it personally."

For the contestants' sake, hopefully not as personally as a bad restaurant review.