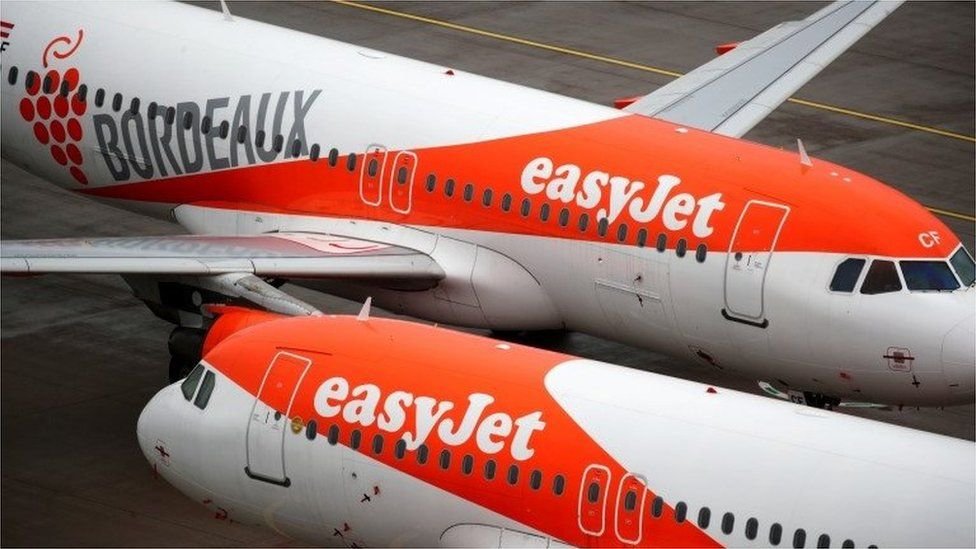 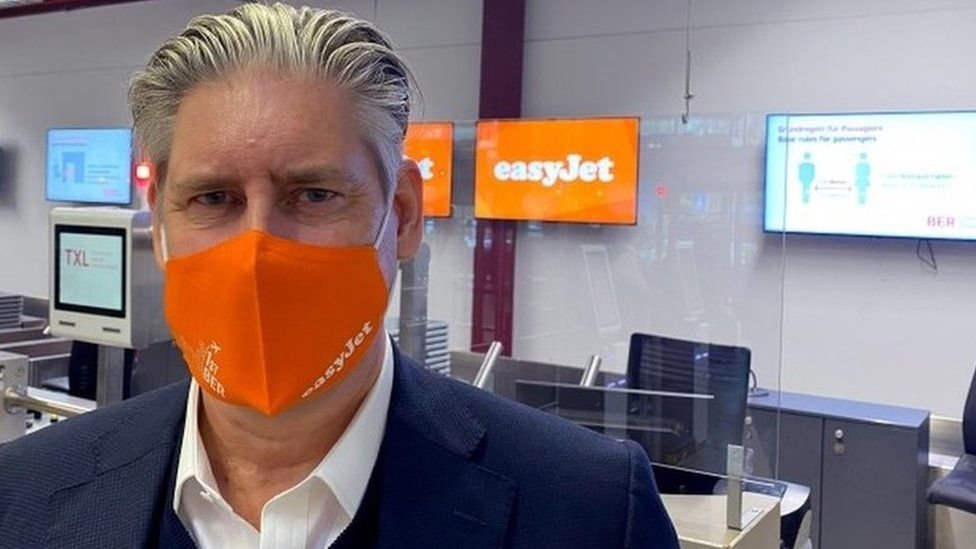 "We know that people want to go on holiday as soon as they can," he said.

May is currently proving to be the most popular month for holidays, Mr Lundgren added.

Tougher lockdown rules across Europe, the closure of air corridors, and uncertainty about travel now the UK has left the EU, have piled more pressure on the airline industry at the start of 2021.

"We know there is pent up demand - we have seen that every time restrictions have been relaxed, and so we know that people want to go on holiday as soon as they can," Mr Lundgren said on Monday.

"We have been pleased to see that some customers are making plans for their summer holidays now, with EasyJet holidays bookings for summer 21 up 250%, compared to the same time last year, and with May currently proving to be the most popular month for holiday bookings at the moment."

Mr Lundgren told the BBC the vaccination programme underway in the UK and Europe was "undoubtedly the key to unlocking travel again". The airline was ready to ramp up its flying schedule as soon as customer confidence returned, he added.

Pre-departure coronavirus tests were part of this confidence process, but were to some extent "prohibitive", he said.

With most tests at least costing £75, rising to £150 in some places, it makes flying much more expensive. "We would like to see the prices comes down," Mr Lundgren said.

On Monday, new rules for travellers entering the UK came into force. Arrivals are required to take a negative coronavirus test up to 72 hours before departure and self-isolate for up to 10 days after entering the UK.

Some of the earliest arrivals at London's Heathrow Airport said it had taken more than an hour to be processed, due to "substantial" lines at passport control.

The aviation industry called for ministers to ensure they have a plan in place for when restrictions can be eased.

Travel corridors were a lifeline for the travel industry when they were introduced in summer 2020, as struggling firms saw a spike in bookings for destinations added to the list.

Karen Dee, chief executive of trade body the Airport Operators Association, supported the decision to remove them but stressed the need for "a clear pathway out".

She told BBC Radio 4's Today programme: "We've had the worst year in the entire history of our industry, so the sooner we can get flying again safer, the better."

Mr Lundgren, also speaking to Today, said the loss of travel corridors will not have a "significant impact" on his airline in the short term, as flight numbers were already limited due to the pandemic.

"We know that there's a big difference between people's willingness to sacrifice to go and travel if you have to quarantine for 10 days or 14 days, down to five days or even three days," he said.

"So it's really, really important that, as part of the plan for recovery, the government also has the plan to unwind these restrictions that are in place."