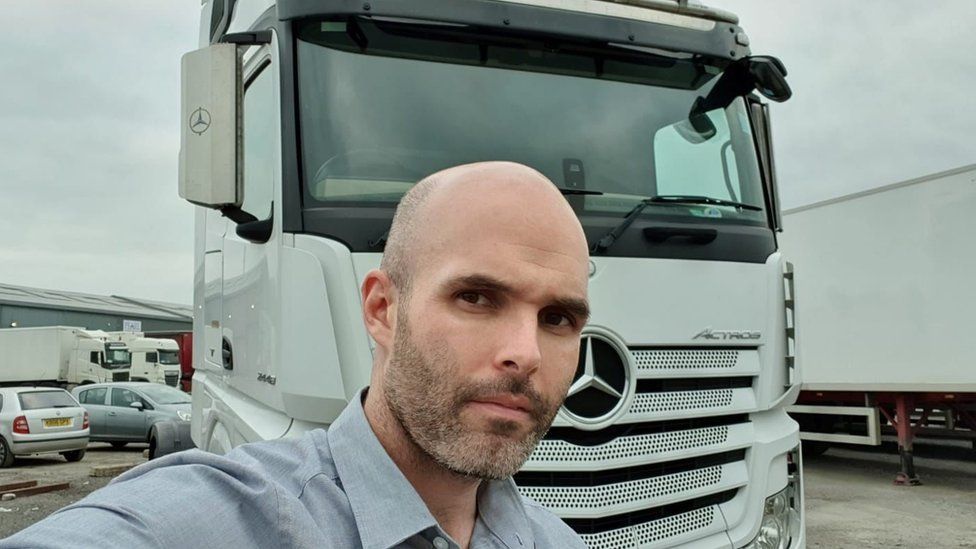 Driver shortage: 'I got a big pay rise overnight'

Many businesses have been complaining about the UK's shortage of lorry drivers, which is still causing serious supply chain problems.

The coronavirus pandemic, Brexit and tax changes have all contributed to a lack of qualified drivers. Industry bodies estimate there is a shortfall of about 100,000 workers.

The BBC spoke to some people working for smaller operators to find out what is it like to be a heavy goods vehicle (HGV) driver in the industry.

"I've never known anything like it," he told the BBC's Wake Up To Money programme. "But they could pay me £80,000 a year and it wouldn't be enough, I want to leave."

Mr Reddy says it is difficult to have a family life with the unsociable hours the job demands.

While Brexit is a factor, it is the shifts, regularly sleeping in a lay-by and the rude way in which members of the public talk to him that make him no longer want to continue in the job.

He also blames gender imbalance in the workplace, as well as racism and xenophobia on the road for his decision to leave.

While he welcomes recent moves by the industry to give more attention to the mental health of drivers, this isn't enough for Mr Reddy.

However he thinks it can be difficult for some people to leave the profession: "For many of us, it is hard to get out of, because it doesn't give you the skills other employers want, even though it is a highly skilled job." 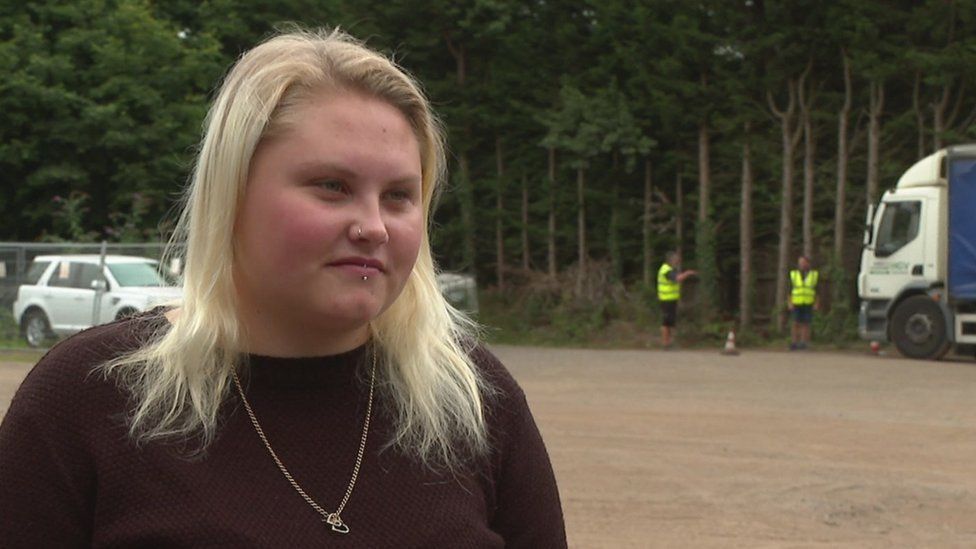 Sam Waine works as a delivery driver for automobile parts distributor Euro Car Parts, but she is now looking to make a switch to driving HGVs for a new challenge.

"I enjoy the quietness, you can do what you like as long as you get the job done - and you feel a bit more free."

Having previously worked as a care assistant, she doesn't have a problem with the long shifts.

Even so, the process has not been without its challenges.

She initially applied for her licence in early January. Her provisional licence took a month to arrive, but had to be sent back after mistakes were made with the category she was awarded.

And few theory and practical tests were available during the pandemic.

Now desperate to get behind the wheel, Ms Waine says: "It's very frustrating at the moment - I can't risk getting a full-time job and having to quit a few weeks or months later.

"I know a lot of companies need help and obviously we need a job. It's not our fault - we're just waiting."

'Conditions get worse every week' 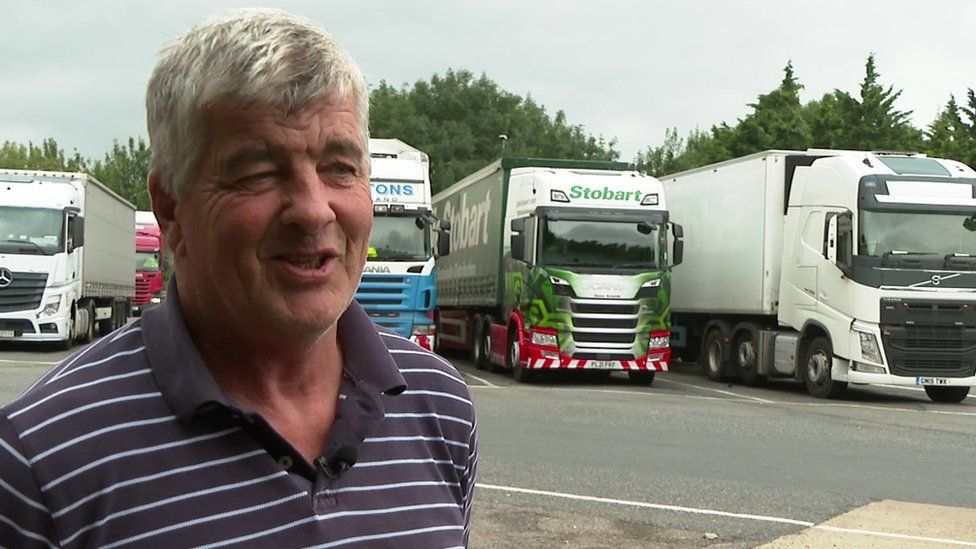 Nick Downing, an HGV owner and driver, has been in the role for 43 years and seen how the industry and working conditions have changed over time.

When he started out in the late 1970s, parking overnight and using free facilities in towns like public bathrooms was quite common. He says most have now closed, leaving few options available when driving in the UK.

"On the Continent, their facilities are a lot better than our own and I think that's a lot of the reason why the younger generation are not coming into the job."

He says that conditions "get worse every week" and people are often not very understanding.

"We're away five or six nights a week. We just want to feel secure and have facilities with a toilet and shower block. I don't think that's a lot to ask in the 21st century."

He says that the time taken to find somewhere suitable to park at night can have a knock-on effect, delaying deliveries and resulting in lost revenues the next day.

Due to his experiences, Mr Downing says he cannot recommend his profession to young people.

"It's a sad thing to say, but I don't think you should. Maybe pay a bit more attention at school, instead of kicking a ball about like I did."