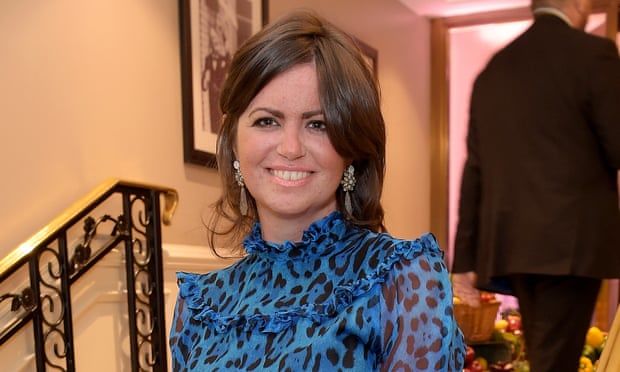 NHS chief says James’s last message to public to ‘check your poo’ is life-saving
There was a tenfold increase in people checking bowel cancer symptoms online immediately after the death of Dame Deborah James, the NHS has said.

More than 23,000 visits were paid to NHS websites for bowel cancer on Wednesday, compared with 2,000 the previous day.

Dame Deborah, a former deputy headteacher, who had raised £7m for cancer research though her Bowelbabe fund, died aged 40 on Tuesday. She documented her illness on Instagram and the BBC’s podcast You, Me and the Big C.

Her last words to the public included a message for people to “check your poo – it could just save your life”. The NHS chief executive, Amanda Pritchard, said there was no doubt that James’s message had been “lifesaving”.

After the announcement of James’s death, 23,274 visits were made to NHS bowel cancer websites, where symptoms listed include changes in bowel habits, persistent abdominal pain, unexpected weight loss and unexplained fatigue. Bowel cancer is England’s fourth most common cancer, with about 37,000 new cases each year.

Paying tribute, the health secretary, Sajid Javid, said: “Dame Deborah James has left an incredible legacy and changed the national conversation around cancer. These figures reflect the powerful and lifesaving impact she has had – inspiring countless people across the country to get informed, get checked and speak up.

“Having lost my father to bowel cancer, I know how devastating this disease can be, and we must continue to break down barriers around what she called the ‘C word’ – encouraging people to have open and honest discussions.”

He added: “Our upcoming 10-year cancer plan will build on this with a focus on early diagnosis to help save more lives.”

Pritchard said James was “an inspiration to us all – her death this week has touched the nation. People often don’t feel comfortable speaking about their cancer diagnosis and treatment but Deborah bravely speaking out about her personal journey has prompted thousands more people to check the symptoms. There is no doubt about it – this has been lifesaving.

“We must now continue Deborah’s fantastic work in her honour … Talking about cancer saves lives. So, our message to you is – don’t be prudish about poo; get checked out if you have worrying signs or symptoms.”

Dame Cally Palmer, the national cancer director for NHS England, said: “Early detection of bowel cancer saves lives and Deborah has made a difference to so many people with her extraordinary courage and spirit. She did the unthinkable and through getting people to talk about this disease, she has been an inspiration to so many.