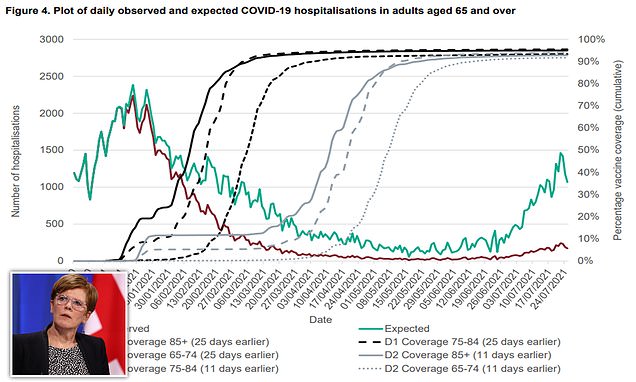 The Government-run agency said the figures — based on modelling by academics — prove just how well the vaccines work.

Dr Mary Ramsay, PHE's head of immunisations, said: 'These figures show the vaccine programme’s remarkable impact on saving lives and reducing the spread of the virus.

'As cases have increased, the true scale of protection from the vaccine programme has become clear. Everyone who has come forward for the vaccine has played a part in this vital effort.

'It’s important people under 30 continue to take up the offer of the vaccine. Infection rates are highest in this age group and Covid can be serious for some.'

Meanwhile, doctors hailed the 'brilliant' achievement of more than 70 per cent of 18-29-year-olds in England having now had their first dose.

And NHS England bosses began inviting 17-year-olds who are within three months of turning 18 for their first jabs. 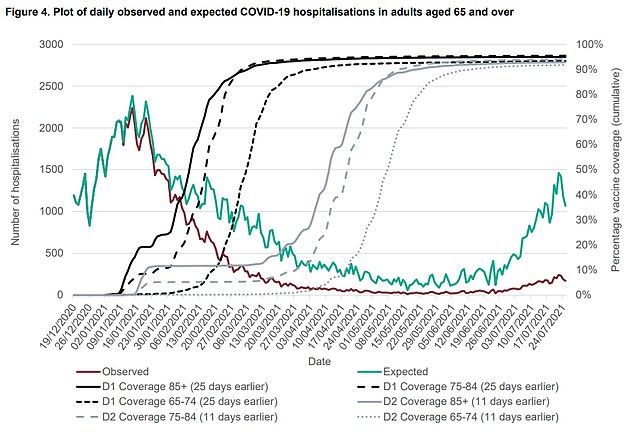 Graph shows: The number of hospitalisations in over-65s (brown line) plotted against the number of expected admissions without the vaccine programme (green line). The dotted lines show vaccine coverage in people aged 85 and above, 75 to 84 and 65 to 74 for first (D1) and second (D2) doses 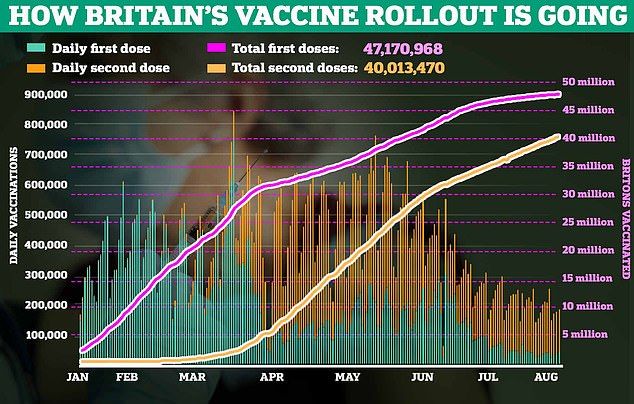 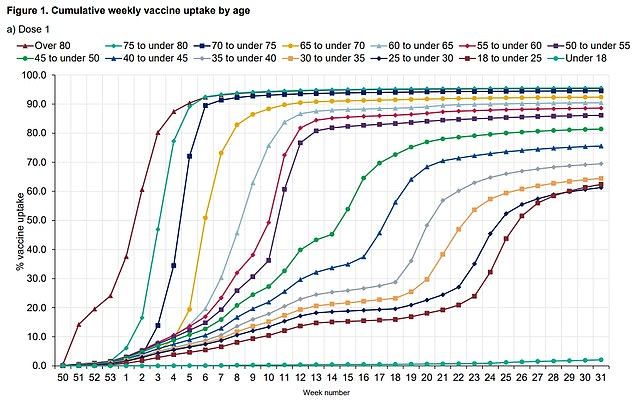 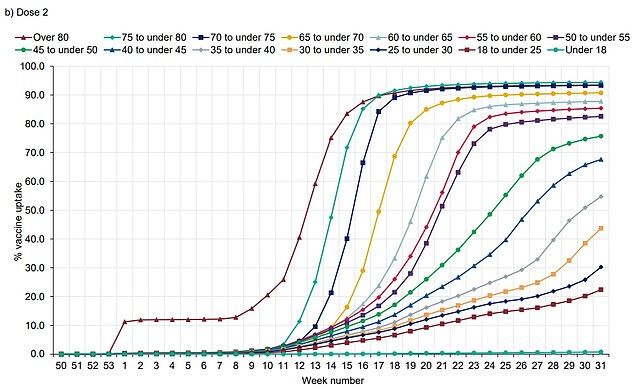 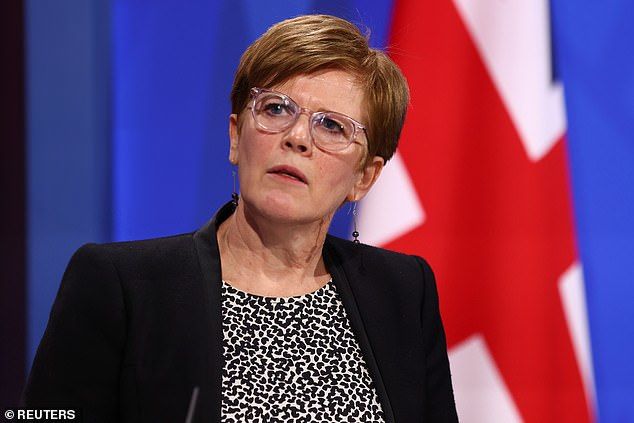 The latest estimates for deaths and infections prevented by the vaccine drive 'show the vaccine programme's remarkable impact on saving lives and reducing the spread of the virus', according to Dr Mary Ramsay, head of immunisations at Public Health England

Case rates have risen in all regions of England except the north-east, according to Public Health England's weekly Covid surveillance report.

Yorkshire and the Humber had the worst infection rate in the week ending August 8, recording 372.4 positive tests for every 100,000 people.

At the other end of the coronavirus scale was the South East (255.0).

Rates in England have also risen among all age groups except 10 to 19-year-olds, PHE said.

'Vaccines are breaking the link between infections and serious illness, and on Monday the rules will change so that those who have been double jabbed for at least two weeks, or are under 18, don't need to isolate if they are a close contact.

'Even if you have had both doses, if you are a close contact you should still get a PCR test as soon as you can and consider wearing a face covering in enclosed spaces, and limiting contact with other people, especially with anyone who is clinically extremely vulnerable.'

She encouraged all eligible young people to get a jab 'so you can take your next steps in life safely'.

It comes after data revealed more than 70 per cent of adults aged 18 to 29 in England have received a first dose of a Covid vaccine.

Latest data from Public Health England and Cambridge University shows that vaccines have saved around 84,600 lives as well as preventing 23.4million infections and 66,900 hospitalisations in England up to 6 August.

And teenagers as young as 17 can now book their first vaccine appointment if they are within three months of their 18th birthday.

In line with Joint Committee of Vaccination and Immunisation (JCVI) guidance issued last week, the NHS is already vaccinating people who are 16 and 17 with a single dose of the jab at GP and walk-in sites, and more than 16,000 in this age received theirs last weekend.

Vaccination sites across the country are working hard to complete the rollout with more than 300 sites already offering the jab to 16- and 17-year-olds including GP teams who began vaccinating eligible teens last week.

Children aged 12 to 15 who are clinically vulnerable or who live with adults who are at increased risk of serious illness from the virus are also being contacted by the NHS and invited for their vaccine.