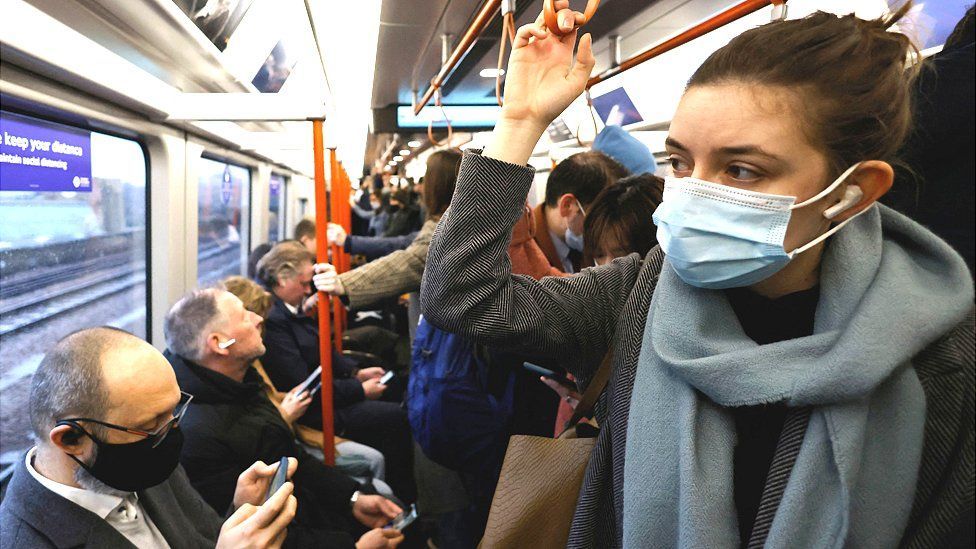 Covid cases have continued to rise in the UK, with an estimated one in every 20 people infected, figures from the Office for National Statistic suggest.

All age groups are affected, including the 75s and over, who are due a spring booster jab to top up protection.

An easily spread sub-variant of Omicron, called BA.2, is now causing most cases.

Recent easing of restrictions and waning immunity from the vaccines could be factors behind the rise too.

The ONS infection survey, which tests thousands of people randomly in households across the UK, estimates that 3.3 million people would have tested positive in the week ending 12 March - up from 2.6 million the previous week.

Scotland has seen infection levels rise for seven weeks in a row. They have now reached a new record high, with 376,300 people estimated to have had Covid last week, or one in 14.

Infection rates across the nations were:

It comes as the UK continues to lift previous Covid restrictions. As of Friday, people arriving in the UK will no longer need to take a Covid test, even if they haven't been vaccinated.

It is part of the government's Living with Covid strategy that relies on personal responsibility and mass vaccination to protect the public, rather than laws and limits on what people are allowed to do.

Scotland's rules on face coverings in shops and on public transport will, however, remain in place until April due to the rise in Covid.

Sarah Crofts, head of analytical outputs for the Covid-19 Infection Survey, said Scotland was showing the highest level of infections yet.

"It's notable also that infections have risen in all age groups, with the over-70s reaching their highest estimate since our survey began," she added. 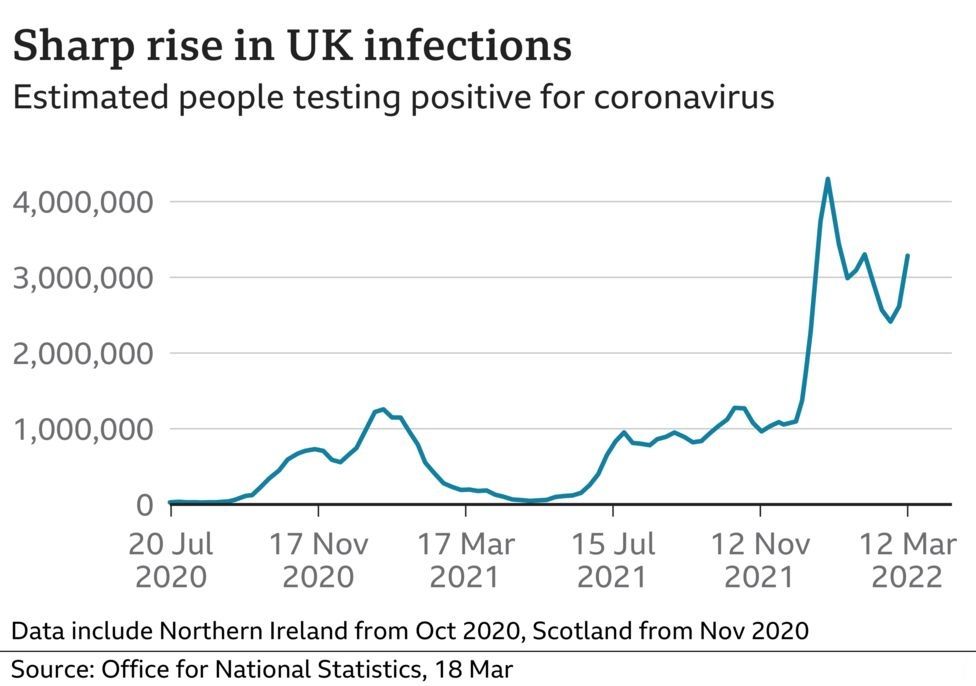 Prof James Naismith, Director of the Rosalind Franklin Institute, and Professor of Structural Biology, University of Oxford, said the high infection rates around the UK currently, with few Covid restrictions, meant that almost anyone could catch the virus.

He said: "My main concern is for the vulnerable for whom this disease is serious.

"Every effort must be made to triple vaccinate as many people as possible, quadruple vaccinate the most vulnerable."

Public health expert Prof Linda Bauld told the BBC: "Let's hope we are heading towards the peak or we are already at it in terms of infection because the problems in our hospitals are, once again, pretty acute."

She said Scotland might soon be reaching a new high for Covid hospital admissions.