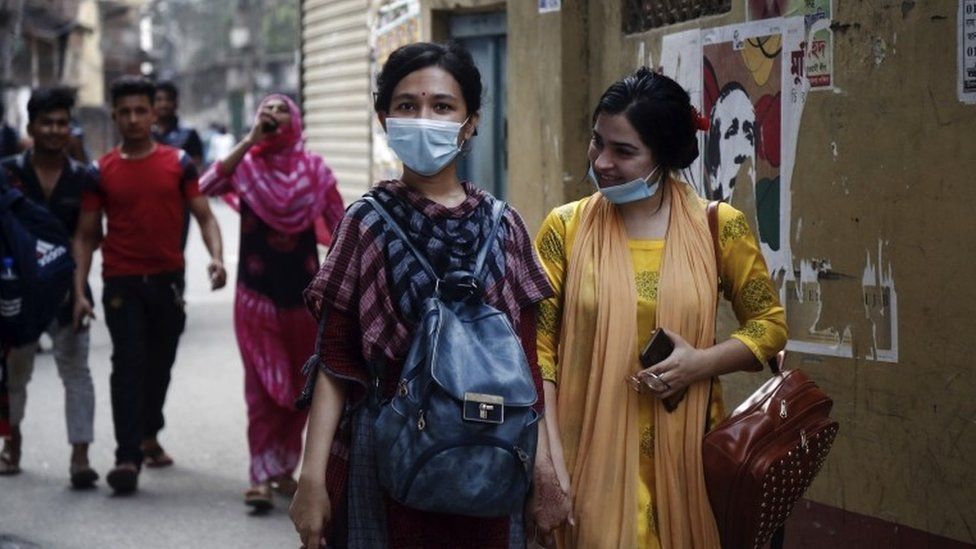 Travel from the Philippines, Pakistan, Kenya and Bangladesh is to be banned from next week, the government says.

They are being added to England's "red list" amid concerns about the spread of new Covid-19 variants.

From 04:00 on 9 April, international visitors who have travelled from or through those countries in the previous 10 days will be refused entry.

An exception is made for British or Irish passport holders, or people with UK residence rights.

But they must first pay to quarantine in a government-approved hotel for 10 days.

During their stay, passengers will have to take two coronavirus tests - but a negative test result does not mean they can shorten their time in quarantine.

Neither will they be able to end it early through the Test to Release scheme, where travellers from non-red list countries can leave home isolation after a negative test on day five.

The Department for Transport (DfT) said information about exemptions for nurses arriving from the Philippines "who are critical to supporting the NHS during Covid and the recovery" would be set out before Friday.

Travel bans are intended to reduce the risk from new coronavirus variants like the South Africa strain, the Department for Transport (DfT) said. They are based on advice from the Joint Biosecurity Centre.

Data has shown that most cases of the South Africa coronavirus variant found in the UK so far have been linked to international travel, with very few having come from Europe, said the DfT.

Nearly 40 countries are currently on the UK government's red list of countries from which travel is banned:

No direct flight bans from the four countries will be put in place, but passengers are advised to check their travel plans before departing for England.

Simon Calder, travel editor at the Independent, said the government has "plenty of evidence that there's a risk from new variants of concern coming in from these countries" and is alarmed about numbers.

But he said the changes could cause a "great deal of problems" for many in the UK whose family live in the four affected countries as they now have less than a week to get home if they are overseas.

He said "bookings are soaring" ahead of next Friday.

Meanwhile, Labour shadow minister Naz Shah questioned why the government has not also put countries such as France and Germany on the red list, amid a third wave in Europe.

Under the current rules, foreign travel from the UK is banned apart from for exceptional reasons.

The earliest date people from England will be able to travel abroad for a holiday is 17 May, when the government hopes to move to step three of its lockdown exit plan.