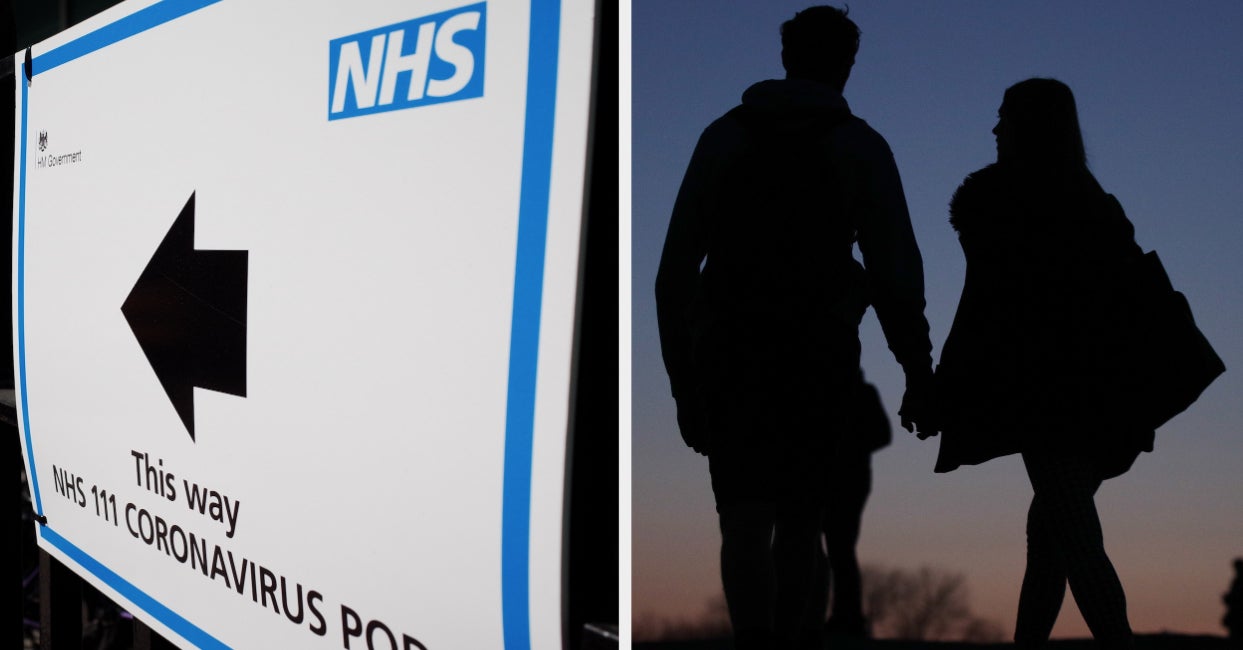 Health secretary Matt Hancock also announced that the government was opening a new temporary hospital with 4,000 beds at an exhibition centre in east London.
Couples in the UK have been told they must either start living together or not see each other in person for what is potentially several weeks, after the government announced stricter social distancing measures that say different households must not mix.

After reporters sought clarification at a press conference on Tuesday evening, deputy chief medical officer Jenny Harries said couples should consider the "strength of their relationship" and commit to either spending the lockdown period together or apart.

"The principle is that we want people to stay in their household units primarily," she said, explaining why they would not be able to see each other otherwise.

"If your two individuals, two halves of a couple, are currently in separate households, ideally they should stay in those households," Harries said. "The alternative might be, that for quite a significant period going forward, they should just test the strength of their relationship and decide whether one wishes to be permanently resident in another household."

If a couple decide to live together, they will then be able to leave the house together to exercise — but otherwise they should not be spending time together during the lockdown period, she said.

"The issue here, what we do not want is people switching in and out of households. It defeats the purpose of the reduction in social interactions, and will allow transmission of disease," Harries said. "So perhaps test very carefully your strength of feeling, stay with the household, either together or apart, but keep it that way while we go forward because otherwise we will not all be working towards achieving our outcome."

At the same press conference, health secretary Matt Hancock announced that a new temporary hospital, with 4,000 beds, would open in east London next week, to “make sure we have the capacity we need” to tackle the coronavirus outbreak.

The NHS Nightingale Hospital will open at the Excel Centre, a massive conference and exhibition space, and would comprise of "two wards, each of 2,000 people", Hancock said. "With the help of the military and with NHS clinicians, we will make sure that we have the capacity that we need, so that everyone can get the support they need."

Hancock also hit back at London mayor Sadiq Khan when he was asked why construction workers were still allowed to go to work, given that there was still significant overcrowding on many Tube trains, especially during the early morning rush hour.

Khan had said earlier on Tuesday that he had asked prime minister Boris Johnson to tell construction workers to stay at home, but had been overruled. Transport for London introduced a massively reduced service across the network last week and has since said it is not able to run more trains due to staff self-isolating and being ill.

However, in an apparent dig at Khan, Hancock said, "When it comes to the Tube, the first and the best answer is that Transport for London should have the Tube running in full, so that people travelling on the Tube are spaced out, and can be further apart, obeying the two-metre rule wherever possible, and there is no good reason in the information that I've seen that the current levels of Tube provision should be as low as they are. We should have more Tube trains running."

Hancock added that many countries had made the same decision that construction could carry on, so long as workers stayed a safe distance of two metres away from each other.
Add Comment