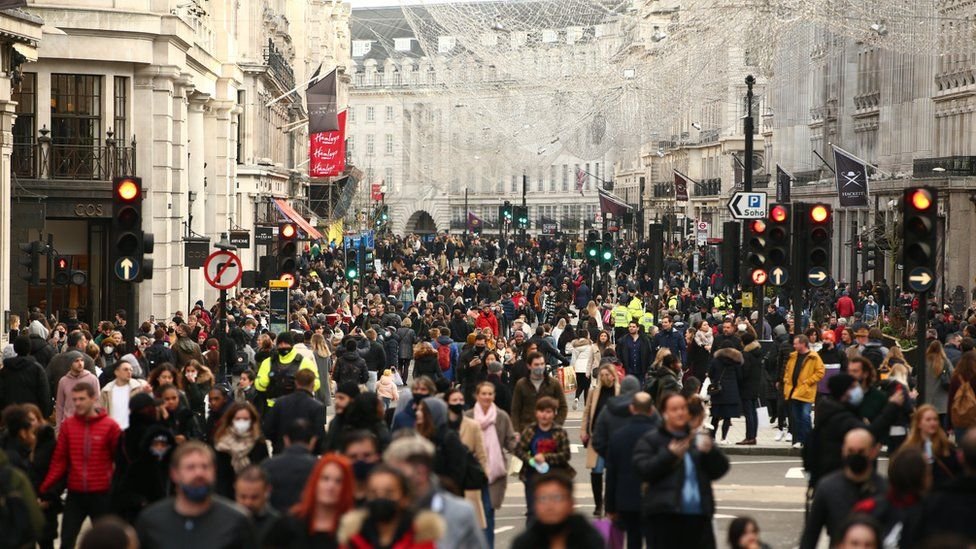 Shoppers flocked to High Streets and shopping malls across England this weekend, but in numbers well below pre-pandemic levels.

It was the first weekend since stores in England reopened on Wednesday.

Many business owners are pinning their hopes on a curtailed pre-Christmas trading period, having endured two national lockdowns already this year.

But on average, shopper numbers were a quarter below 2019 levels, according to the market researcher Springboard.

It says across the UK as a whole, footfall was down by 30% compared to the same December weekend last year.

It comes on the back of a horror week for the retail industry when Topshop-owner Arcadia went into administration, Debenhams announced the closure of its 124 stores, and Primark reported an estimated £430m loss in sales caused by Autumn lockdowns across Europe and North America.

Central London remains far emptier than usual because of the coronavirus pandemic, despite some crowds flocking to specially pedestrianised shopping areas in Regent Street on Saturday.

On Sunday, shopper numbers in the capital were half what they would normally be weeks out from Christmas, Springboard reported. 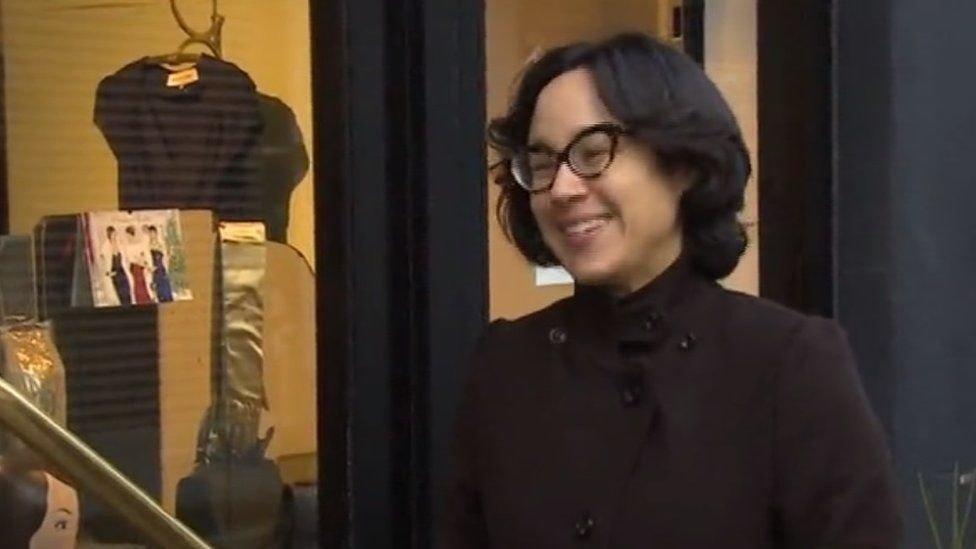 Rowena Howie, who runs a womenswear boutique called Revival Retro in central London, said there were far fewer shoppers in her store than she would normally expect in the lead up to Christmas.

"We definitely wouldn't have been as busy in the shop as we might have been in a normal year, particularly in the first weekend of December," she said.

Although Ms Howie - who took part in a campaign promoting small businesses on Saturday - said strong online sales meant she was able to record a good day's trading, the first since before Covid-19.

"We're in Fitzrovia, having a bricks and mortar store, our takings have been really impacted," she said.

Shoppers appear more eager to visit retail parks than malls and High Streets. On Saturday, footfall numbers for England's retail parks were slightly higher than they were this time last year, but on Sunday they fell back and were 10% below last year's figure. 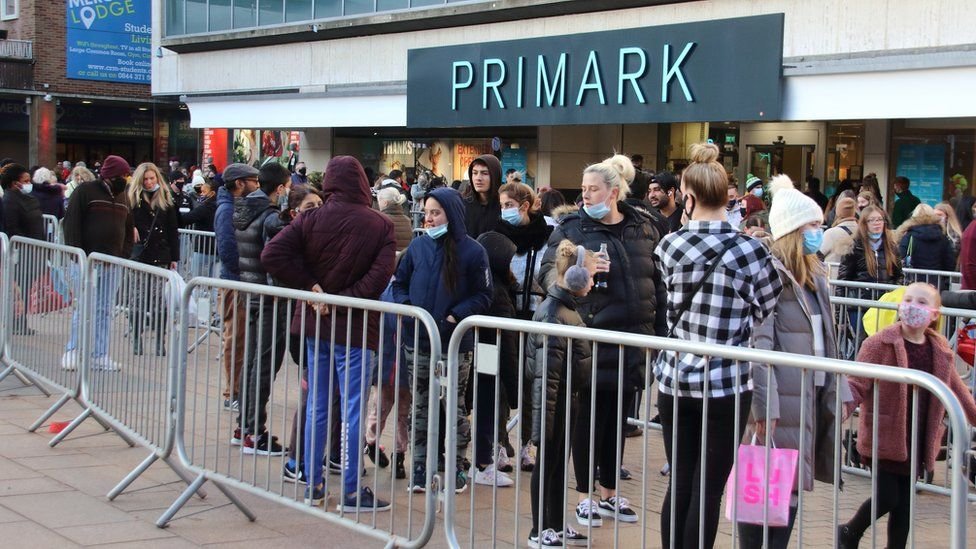 Shoppers queue up outside Primark in Coventry this weekend.

We are still a nation of shoppers. Overall, retail sales are above pre-pandemic levels, according to the ONS.

But that number masks a mixed picture of what we're buying and how we are buying it.

Clothing sales for example are down by 25%. And there has been a dramatic shift to online, accelerating a growing trend.

It's this dramatic change that has been so devastating for the High Street.

Some of the pictures from this weekend might seem to show a bounce back.

But the figures show that the numbers of people out and about are well down on last December. That comes on top of lengthy closures for non-essential shops.

The cost of running a shop is just too much for many. One independent retailer in central London told me she couldn't see herself still in bricks and mortar next year.

Despite a 12-month break from business rates offered by the government, the rent, coupled with falling shopper numbers, is just too much to bear.

In one encouraging sign for retailers and small business owners, shoppers seem far more comfortable returning to public shopping areas after the second national lockdown than they did after the first.

Footfall across England was 60% higher this weekend than on 20-21 June, the first weekend shops were allowed to reopen after the country's first lockdown, which began in March.

"Part of this is timing - the proximity to Christmas means there is huge pent up demand amongst consumers to shop in store to purchase gifts," said Diane Wehrle, Springboard's marketing director.

"However, it is also an indicator of 'lockdown fatigue', whereby after many months of being restricted to their homes, consumers are keen to visit retail stores again, particularly to experience the excitement of Christmas.

"They have become accustomed to the 'new normal' that involves wearing face masks in stores and queuing in order to adhere to social distancing rules which we were not all comfortable with in June."