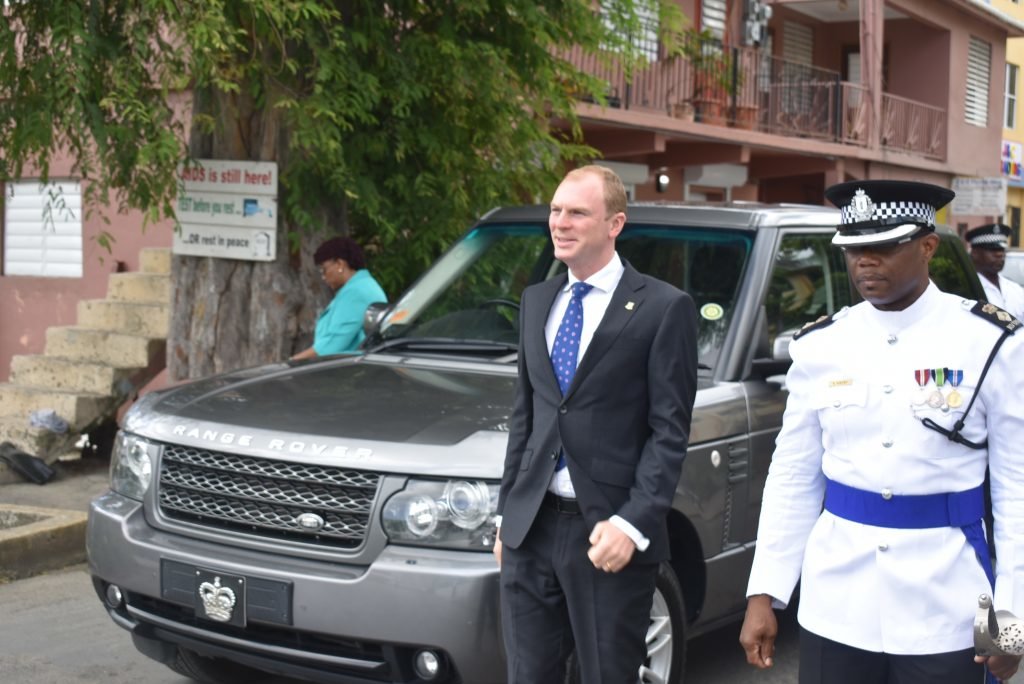 The plan is to ousted the current government -who is calling for independence- and to replace them with the previous ruling party - who is UK loyalist. Government corruption is nothing new in BVI for any government, just like in any other democracy, but a governor initiative to launch an independent investigation against the government is defiantly a new and dramatic move that will reshape the whole BVI political system and future. Not sure that it will clean BVI from corruption, but it will defiantly clean the toxic relationship with the governor and will shut down the BVIxit movement for good.

Gus Jaspert’s extraordinary step comes amid claims of a climate of fear in the UK overseas territory.If it the investigation will find a real evidence of government officials involvement in the drug scandal - that will be a remarkable success for Gus Jaspert and his future as a superstar with impressive success record in UK politic.

Allegations of widespread political corruption, misuse of taxpayer’s money and a climate of fear in the British Virgin Islands have led its governor to take the extraordinary step of establishing an independent judge-led inquiry into the claims.

Gus Jaspert, the British-appointed BVI governor, with the personal backing of the UK prime minister, has established a commission of inquiry to investigate concerns over governance, including specific allegations that point to possible corruption and infiltration by serious organised criminal gangs. The six-month inquiry, to be led by Sir Gary Hickinbottom, follows the discovery by police in November of a haul of cocaine worth more than £190m.

Jaspert broke the news to the island on Monday after returning from the UK, where he was on leave. It was reported that he had been struggling with his communications systems in recent weeks, and complained to the premier, Andrew Fahie, but said nothing was done, forcing him to ring newsrooms individually.

The BVI is a British overseas territory, and one of those most resistant to setting up a public register of beneficial ownership, a means by which tax avoidance can be tackled. But the Foreign Office stressed that the inquiry had been prompted by deepening concerns about governance issues on the islands.

In a written ministerial statement, the Foreign Office said the allegations included political interference and coercion in relation to appointments in the public service and statutory boards; intimidation of people in public service and the media and community leaders; and that $40m (£29.5m) in funds set aside for struggling families during the pandemic may have been channelled to political allies. It is also alleged that 85% of government contracts were issued without a proper procurement process.

Specific concerns have been raised about the use of money to fight coronavirus on the islands, the building of a school wall at a cost of £1m, $32m in excess spending on a cruise ship pier, and $7m on a nonexistent airline. As much as $55m may have been overspent on various hospital projects.

The decision to set up a commission is an acknowledgement that BVI’s own criminal justice system is not capable of mounting an effective and impartial investigation. It also throws the constitutional relationship between the UK and overseas territories into the spotlight. The last similar crisis occurred in the Turks and Caicos Islands.

The Foreign Office said in its statement to parliament: “As those responsible for ensuring the security and good governance of the BVI, the governor and UK government could not stand by amid such serious allegations that have shown no sign of improvement.” It said UK ministers had a moral as well as constitutional obligation to mount the investigation.

The commission, with wide-ranging powers to demand evidence, will investigate whether there is information to substantiate claims that corruption, abuse of position and other serious impropriety have taken place in public office in recent years.

The Foreign Office statement added: “The rule of law, local institutions and the people’s faith in their government have been undermined by these allegations.”