The main doctors union in Britain is calling on the government to delay its plans to ease coronavirus lockdown restrictions as new data shows a spike in cases of the highly transmissible delta variant.

The British Medical Association said Friday a “sensible delay” would help to stop infections from rising.

Government figures on Friday showed 8,125 new COVID-19 cases, the highest daily total since February. The delta variant, originally identified in India, now accounts for 90% of all new cases in the country.

According to the COVID-19 Roadmap laid out by Prime Minister Boris Johnson’s government, all pandemic-related restrictions are scheduled to be lifted June 21, one week from Monday.

However, in an interview Friday, England’s COVID-19 vaccines minister, Nadhim Zahawi, told Times Radio the nation must be very careful about the opening, given the dominance of the delta variant.

Zahawi said the government should examine the data from this coming weekend very carefully and share it with the nation, and then decide about reopening. 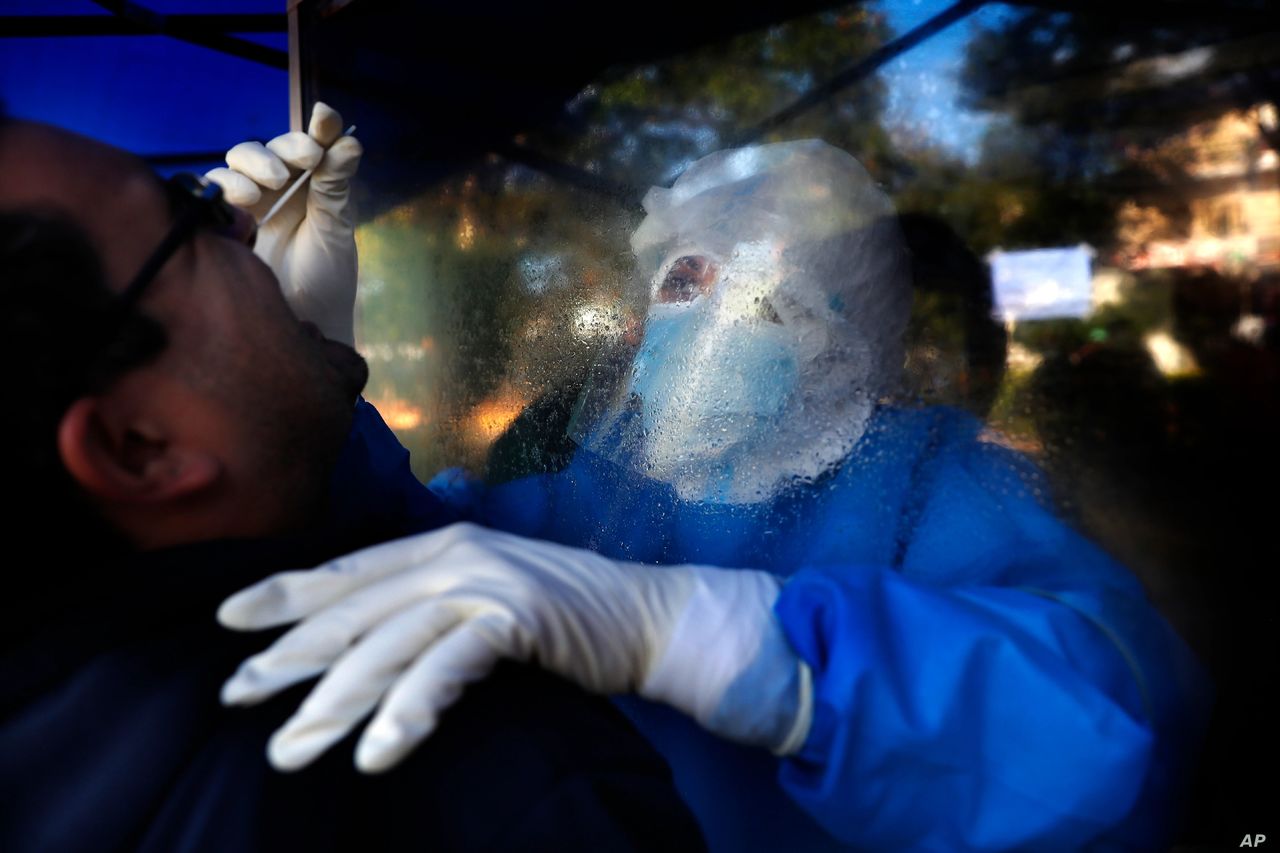 Separated by a plastic barrier, Nurse Mariel Portillo takes a swab sample from a man for a COVID-19 test outside the General Hospital in Luque, Paraguay, June 11, 2021.

Johnson is expected to announce on Monday whether the planned lifting of restrictions will go ahead.

The Sun newspaper reported Friday that Johnson will hold off on easing the lockdown restrictions.

Meanwhile, Chicago became the largest U.S. city to fully reopen Friday. During a news conference formally announcing the reopening, Mayor Lori Lightfoot told reporters that for more than a year, Chicago residents have endured so much, but they did their part every step of the way.

“You masked up, you got vaxxed up, and now it's time for you to get up, get out of the house this summer and fully and safely enjoy the events of the best city on the planet, our beloved city of Chicago," Lightfoot said.

Earlier Friday, leaders from the G-7 nations announced they will donate a billion COVID-19 vaccine doses to low- and medium-income nations. The U.S. will donate 500 million shots, while Britain will donate 100 million doses.

In the United States, the Centers for Disease Control and Prevention said Friday that 64% of Americans 18 and older had had at least one dose of a coronavirus vaccine.

The Associated Press reported Friday that because of slowing demand for vaccinations, some states have stopped new orders for vaccine doses and others have sent millions of doses back to the federal government. States sending vaccines back to the government include Tennessee and North Carolina, even though less than half of their populations have been vaccinated.

In other developments Friday, Malaysia’s government said it would extend a two-week nationwide lockdown by another two weeks because daily infections remain high at more than 6,000.

Sri Lanka also extended its lockdown for another week as deaths from COVID-19 surpassed 2,000 on Friday.

The Johns Hopkins Coronavirus Resource Center said Friday the number of global COVID-19 infections has reached more than 175 million. The U.S. remains the location with the most cases at 33.4 million infections, but India is rapidly catching up with more than 29.3 million infections.