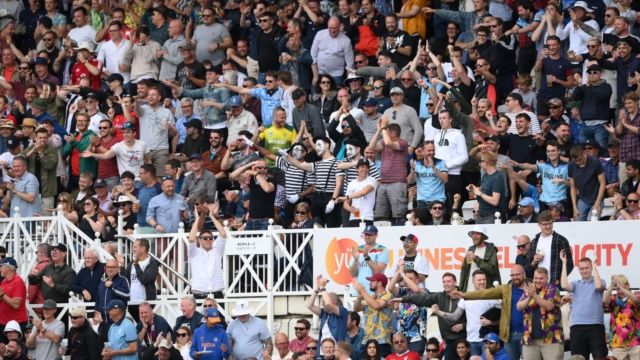 Britain faces biggest test for living with Covid this weekend

The UK faces its sternest test since Covid-19 lockdown restrictions were eased this weekend as up to 1.7 million people travel to attend football matches, festivals, music gigs and the theatre.

With the return of England’s Premier League, there will be almost 400,000 football fans attending games, and many more cheering on their team in pubs and clubs up and down the county.

Along with cup and league matches in Scotland and Wales, England’s test match against India at Lords, and tens of thousands attending music festivals and the Edinburgh Fringe, experts are warning the strategy of the governments across the four UK nations will result in an increase in Covid infections, hospitalisations, and deaths.

Alongside Premier League matches, up to a further 850,000 people will attend football matches in England, Scotland and Wales, while around 150,000 are expected at major cricket matches in Nottingham and London.

There are also expected to be around 300,000 people attending music and arts festivals, including 53,000 young people at the Boardmasters events in Newquay, Cornwall. 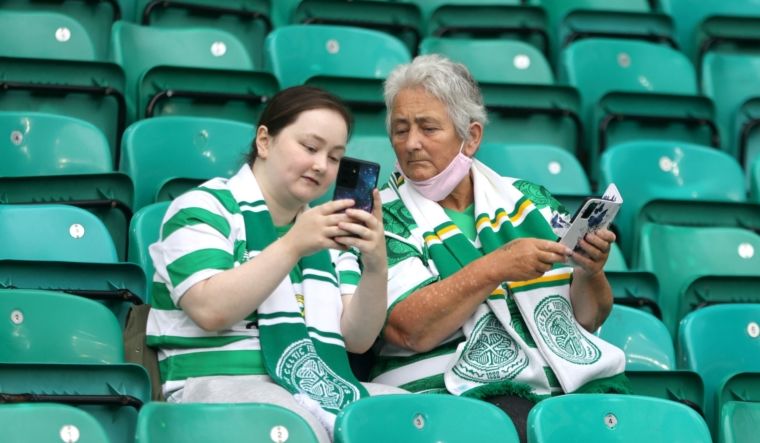 Celtic fans in the stands prior to the Uefa Europa Conference League third qualifying round, second leg match at Celtic Park, Glasgow

What are the Covid check rules

Chelsea and Everton are the only Premier League football club to have confirmed they will insist on proof of a double vaccination or a negative Covid test before allowing fans to enter this weekend.

The other eight clubs with home ties will either implement random spot-checks or not have any checks in place.

Collette Roche, chief operating officer at Manchester United, which will welcome a packed house of more than 70,000 when it kicks-off its campaign against newly promoter rivals Leeds United on Saturday, said: “Checks will not take place at our home game against Leeds United this Saturday.”

Newcomers to the Premier League Brentford will also allow fans in without any checks.

In a statement, the club said: “For Friday’s match against Arsenal there will be no specific conditions of entry. However, we do recommend face covering in the concourses and indoor areas.”

It is a similar story at the 30,000-capacity Lord’s cricket ground, where England take on India this weekend.

While cricket fans are told not to attend the test if they have Covid or are showing symptoms, there are no checks.

However, away from sporting venues, Covid-status checks are in place. The 53,000 music fans attending Boardmaster in Newquay this weekend are required to show proof of vaccination or a negative test before gaining entry.

They are also required to bring lateral flow tests with them and test regularly during the five-day event in Cornwall.

For London’s West End theatres there are different rules for different shows. Some theatres require proof of a negative test or double vaccination, while others don’t. You will have to wear a mask in some to watch some shows, and not others.

Despite the biggest weekend for mass gatherings since the UK went into its first lockdown 18 months ago, venues and stadiums are not required to check the Covid-status of fans until 1 October.

Of the 10 Premier League matches taking place from Friday to Sunday, only fans attending Chelsea and Everton’s home ties on Saturday are certain to be required to prove they have had both doses of a vaccine, or that they have tested negative for Covid within 48 hours of kick-off.

Compulsory Covid-status checks for mass events do not come into for until 1 October in England, so along with football clubs, theatres, and festivals are not required by law to ensure people entering their venues are not infected with coronavirus.

Professor Graham Medley, of the Government’s pandemic modelling group Spi-m and member of the Scientific Advisory Group for Emergencies (Sage), told i the forthcoming weekend will be a test for the Government’s strategy.

“Every weekend over the next few months is going to be seen as a test, and it is,” said Prof Medley. “Personally, I expect that incidence of infection will start to increase.”

However, he added that mass events were not his main concern.

“One thing that science has failed to do is convince the public that mass events are not especially risky.

“Whilst more than a million people will be attending mass events this weekend, I suspect a much larger number will meet friends, attend weddings and go to the pub. We are naturally socially distanced with strangers, but get close to family and friends.”

Dr Zubaida Haque, a member of alternative Sage, warned that the Government was playing “fast and loose” with the vaccine rollout, and that with a sudden rise in the number of mass gatherings over the next few days the chances of a vaccine-resistant strain of the virus emerging would increase.

No compulsory Covid checks until 1 October

The Government has indicated that a Covid certification checks, showing either a negative test or proof of double-vaccination through the use of the NHS Covid Pass, is likely to be mandatory for those attending large events from 1 October.

In the meantime, stadium and venue owners, theatres and festival organisers are left to put in place their own Covid protocols.

Crowd safety research gathered during the Government’s Event Research Programme (ERP) – which included the Euro 2020 final at Wembley – will not be published before the restart of the Premier League on Friday.

The results of Phase One of the study have been published and showed only 28 Covid cases were recorded over nine events, including the FA Cup Semi Finals and Final, but critics claimed the data was flawed as there was a low uptake of PCR tests among people attending the events.

The results of Phase Two and Three are yet to be made public, with scientists still analysing the data. The Premier League starts on Friday with no restrictions on crowd size.

From Monday, anyone who is double-jabbed will not be required to self-isolate after coming into contact with someone with Covid, a move Dr Haque suggest would further increase the infection rate after the biggest weekend of events since Covid hit the UK.

“It beggars belief that the government are playing Russian roulette with our lives” said Dr Haque. “We were doing absolutely nothing to protect our vaccination programme, and this disregard for people’s health only increase the chances of a new strain emerging that is resistant to the vaccines.”

There was also a traffic warning for those travelling to events across the nation from The AA.

In the weeks leading up to the first Covid-19 lockdown in March last year, two events caught the eye and have since been blamed for being the UK’s first super spreader events.

Less than two weeks before all mass gatherings were banned 250,000 people flocked to the Cheltenham Festival, while 52,000 fans packed Anfield for Liverpool’s Champions League tie against Spanish side Atletico Madrid.

At the time, the Government insisted such huge events were safe. Then they were banned for 18 months.

The experts believe these two events had a devastating impact.

Sir David King, the government’s chief scientific adviser from 2000 to 2007, said the events were “the best possible way to accelerate the spread of the virus”.

A month after the Cheltenham Martin Fewell, from the British Horse Racing Authority, said it was “appropriate” for mass gatherings at the point the meeting took place and they “took their cue” from the Government guidance at the time.

“It was inevitable when the Government said that mass gatherings were safe to continue at that point, provided people followed public health advice then we would follow their lead,” he added.

At the time of the events Boris Johnson was telling the British public it should “as far as possible, go about business as usual” while other European countries were going into lockdown.

“Many will have long journeys to do which, combined with the holiday season, may mean traffic is heavier than usual this weekend,” said AA president Edmund King

“Football fans should plan their journeys carefully to allow plenty of time for breaks and always make sure they have prepared their vehicle for the journey.”

A spokesman for the Government said: “We continue to urge all members of the public to do the right thing for themselves, for their families and for the general public in following Covid-19 guidance at all times.”