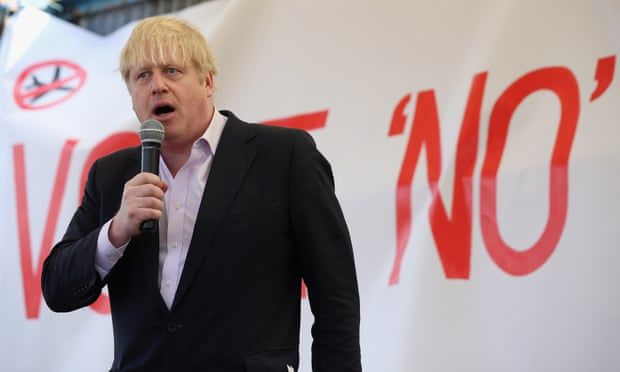 Prime minister has not had to formally declare his stay at Zac Goldsmith’s luxury villa in Marbella last month
Another detail of Boris Johnson’s largely-free holiday to southern Spain last month has emerged after the prime minister declared £1,800 of hospitality from Heathrow.

The declaration was made in the latest update to the register of MPs’ interests, where donations or other gifts must be set out, with their value. Johnson used the Windsor suite at Heathrow’s Terminal 5 on 7 October, when he was en route to Málaga.

The Windsor suite is described by the airport as a collection of eight “unique and beautifully decorated private lounges”. Johnson declared its use for three people, with a total value of £1,800.

While Johnson was previously a vehement opponent of Heathrow’s expansion to a third runway – he once pledged to stop it by lying down in front of bulldozers – he opted to travel to Kabul so as to miss a Commons vote that approved the plan in 2018, when he was foreign secretary under Theresa May.

Johnson, after being elected for his Uxbridge and South Ruislip seat, which is close to the west London airport, told supporters: “I will lie down with you in front of those bulldozers and stop the building, stop the construction of that third runway.”

Downing Street say Johnson, his wife, Carrie, and their one-year-old son, Wilfred, took a commercial flight to Spain. Once there, they stayed for free at a luxurious villa in Marbella belonging to the Goldsmith family.

While the villa is rented commercially for about £25,000 a week, this use of the villa was not put in the register of MPs’ interests, meaning Johnson has not had to formally declare its value.

Downing Street has confirmed the holiday was provided free of charge by the family of Zac Goldsmith, the former Conservative MP who, after he lost his seat in the 2019 election, was made a peer and an environment minister by Johnson.

The stay was instead listed by the prime minister in the register of ministerial interests, which is updated less regularly, and does not cite monetary values. Downing Street said this was the correct way to register the free stay, “given the hospitality was provided by another minister”.

However, there is speculation that Johnson is seeking to set a precedent that costs and obligations incurred as prime minister fall under the remit of Lord Geidt, the adviser on ministerial interests, who does not have the power to unilaterally begin investigations, rather than Kathryn Stone, the independent parliamentary commissioner for standards.

Last week, Downing Street also argued that Stone should not investigate who paid for the renovation of Johnson’s official flat, as this was not connected to his role as an MP, prompting Labour to warn the PM was trying to evade proper scrutiny.

As a minister, Johnson’s opportunity to earn extra income is severely limited. When he was a backbench MP, he was paid almost £23,000 a month by the Daily Telegraph to write a column, and regularly took on speaking engagements paying tens of thousands of pounds.
#Boris Johnson  #Johnson
Add Comment