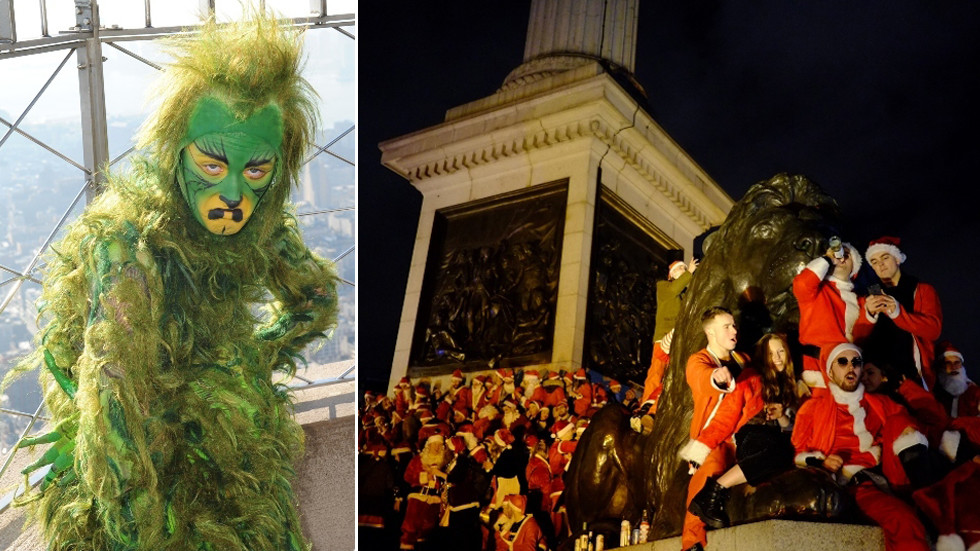 A Sky News poll suggests Christmas gatherings ‘not a priority’ for UK public during Covid. Oh yes they are, Twitter cries

More than half of Britons think fighting Covid-19 is more important than having a normal Christmas, Sky News has reported, citing a new poll. The news was met with mistrust and anger by the outlet’s Twitter audience.

British Prime Minister Boris Johnson has sent signals that the notorious “rule of six”, which bans larger gatherings during the coronavirus epidemic, could be lifted for Christmas Day. But the proposal runs contrary to the wishes of the “majority of the public” in the UK who “do not agree that Christmas is a priority”, according to a Sky News report on Friday.

Britons are actually happy to sacrifice Christmas gatherings and support even tougher lockdown measures, the outlet said, citing an opinion poll conducted on its behalf by YouGov.

Britons believe Christmas gatherings should be sacrificed this year in the battle against coronavirus?src=hash&ref_src=twsrc%5Etfw">#coronavirus, as a new poll for Sky News reveals public support for a toughening of restrictions https://t.co/AmlTxDQ3HV

The poll shows that “59 percent want the current rules to stay in place through the festive period, compared to 30 percent who say they should be relaxed,” the report said. Between 50 percent and 58 percent of Britons support measures like closing non-essential shops, banning visits to other people’s homes and shuttering pubs and restaurants, according to the survey.

Britons on Twitter were not buying the statistics, however, and began flooding Sky News with expressions of mistrust in the story. 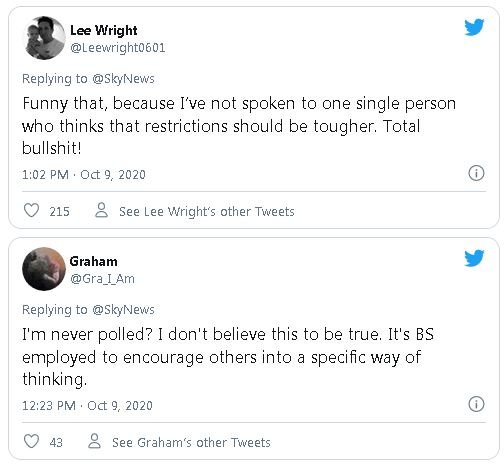 In fact, the Sky News report seems more like an attempt to “shape” public opinion rather than reflect it, the skeptics said. Or at a minimum, people said the channel misrepresented the responses by framing it as a settled issue in its headline, when the numbers showed a more divided attitude. 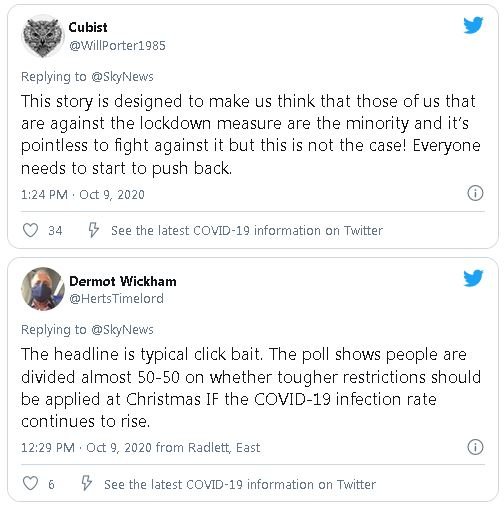 Many pledged to celebrate Christmas like in any other year, coronavirus or not.

Others found a silver lining in the thought that the restrictions may rein in the consumerist wastefulness that usually accompany the festivities. 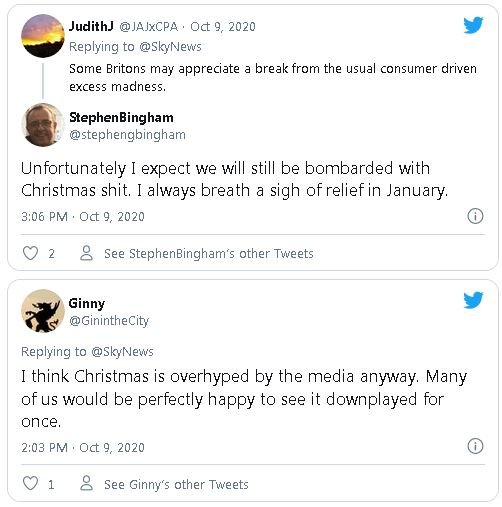 Some took issue with the government singling out a Christian holiday as the only one deserving of a reprieve from the restrictions. 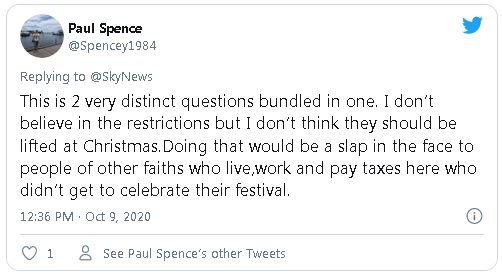 Sky News did not provide raw data from the poll, only saying that YouGov interviewed 1,678 people on 5 and 6 October. Incidentally, there is a poll with a similar theme, sample size and timing on YouGov website for comparison.