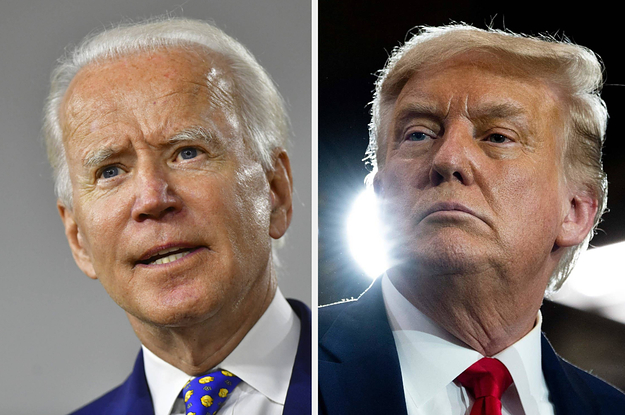 China, meanwhile, "prefers" that Trump does not win reelection and is "expanding" its own efforts, an intelligence community leader said.
Russia is again attempting to interfere in the US presidential election and is using "a range of measures" to undermine former vice president Joe Biden's candidacy, a top intelligence official said Friday.

William Evanina, director of the National Counterintelligence and Security Center, made the revelation public in a statement describing the efforts the intelligence community believes foreign actors are making to meddle in the November general election.

Intelligence officials are also concerned about efforts by China and Iran to interfere in the election, saying that foreign actors generally have preferences for who wins and will "use covert and overt influence measures" in an attempt to sway voters and "undermine the American people’s confidence in our democratic process."

The intelligence community believes China would like Trump to lose reelection, according to the statement, citing his administration's COVID-19 response, the closure of China's Houston consulate, and recent actions on the Chinese-owned app TikTok.

"China has been expanding its influence efforts ahead of November 2020 to shape the policy environment in the United States, pressure political figures it views as opposed to China’s interests, and deflect and counter criticism of China," Evanina said.

Iran, Evanina added, "seeks to undermine U.S. democratic institutions, President Trump, and to divide the country in advance of the 2020 elections," and aims to do so primarily online through misinformation campaigns.

Evanina said as part of Russia's efforts, Andriy Derkach, whom he described as a "pro-Russia Ukrainian parliamentarian," has been leaking phone calls purportedly between Biden and former Ukrainian president Petro Poroshenko to spread corruption claims.

"We assess that Russia is using a range of measures to primarily denigrate former Vice President Biden and what it sees as an anti-Russia 'establishment,'" Evanina said. "This is consistent with Moscow’s public criticism of him when he was Vice President for his role in the Obama Administration’s policies on Ukraine and its support for the anti-Putin opposition inside Russia."

"Our election should be our own," Evanina added. "Foreign efforts to influence or interfere with our elections are a direct threat to the fabric of our democracy."

Republican Sen. Marco Rubio and Democratic Sen. Mark Warner, who serve as acting chair and vice-chair, respectively, of the Senate Select Committee on Intelligence, thanked the director for providing the information to the public, saying in a joint statement that it was important for Americans to know about the threats.

“Everyone - from the voting public, local officials, and members of Congress - needs to be aware of these threats," the lawmakers said. "And all of us should endeavor to prevent outside actors from being able to interfere in our elections, influence our politics, and undermine confidence in our democratic institutions."

Citing the committee's investigation into the 2016 Russian election interference, Rubio and Warner said sharing information about these efforts by foreign actors is one of the best ways to fight them.

"We encourage political leaders on all sides to refrain from weaponizing intelligence matters for political gain, as this only furthers the divisive aims of our adversaries," they said.
Add Comment