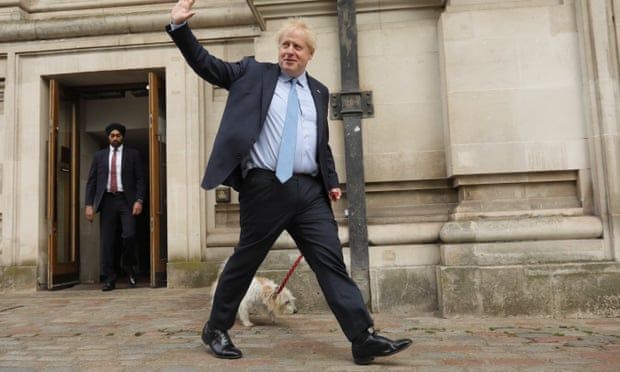 Queen’s speech preview shows a government scrabbling around for ideas

Tuesday’s Queen’s speech is meant to be a relaunch for Boris Johnson’s beleaguered government, against the backdrop of a deep cost of living crisis, and with Tory backbenchers still divided about his future.

But if the advance briefing is anything to go by, this is an administration with little fresh to offer.

With the benefit of hindsight, most such efforts are widely viewed as worthy, but incremental.

Of course, freed from the shackles of the EU, the government has more wriggle room to make regulatory change; but the examples given by Boris Johnson during the leave campaign – the size of olive oil bottles and the packaging for fish – underline the modest scale of what is likely to be possible. Such tweaks would also almost certainly be dwarfed by post-Brexit border bureaucracy.

Some bills will enact crucial but long-promised changes, such as reform of the school funding formula, or ensuring Companies House, the official register of companies, combats fraud.

Other plans, such as the levelling up bill, giving local authorities the power to force landlords to rent out empty shops and take control of empty buildings, appear modest, but are clearly designed to deliver the changes “red wall” voters may hope to see if they are to stick with Johnson at the next general election.

A new British bill of rights, meanwhile, allows the government to keep one of its favourite culture wars, the battle against “lefty lawyers”, burning brightly, while Channel 4 privatisation would cheer the party’s rightwingers.

But the overall sense, as with mooted plans for tackling the cost of living crisis that included two-yearly MOTs, is of a government scrabbling around for ideas.

Part of the difficulty, for an administration which has never had much of a guiding purpose beyond Brexit and keeping Johnson in power, is knowing what its electoral constituency is.

In Friday’s local election results, the Tories received a kicking from the Lib Dems in the south, amplifying the warning signal sent by the Chesham and Amersham byelection last year.

So the list of expected bills appears shot through with the contradictions of trying to keep north and south, red wall and blue wall, onside.

Hence the toned-down planning reform mooted by Michael Gove at the weekend: gone is the no-holds-barred approach drawn up by his predecessor, Robert Jenrick, that was intended to disfranchise Nimbies and lead to a drastic increase in housebuilding.

Instead, local authorities will apparently be given more latitude in applying housing targets; and Gove was full of soothing talk of small-c conservative developments such as Prince Charles’s favourite, Poundbury in Dorset.

While Conservative campaign headquarters sources continue to deny that an autumn election is even a remote possibility, there is also a whiff of Lynton Crosby’s notorious advice to David Cameron to “get the barnacles off the boat”, too.

Gone is the ban on foie gras and fur, it appears – and gone, too, the employment bill that would have strengthened workers’ rights, but perhaps couldn’t be easily shoehorned into the theme of levelling up.

Plenty of legislative time will also be taken up working through bills carried over from the last parliamentary session – including on animal welfare and online safety.

It remains to be seen whether Johnson can fashion a coherent narrative out of Tuesday’s pomp and ceremony. But as after Rishi Sunak’s spring statement, there is a clear risk that again, the main impression is of a government that has failed to grasp the scale of the crisis at hand.