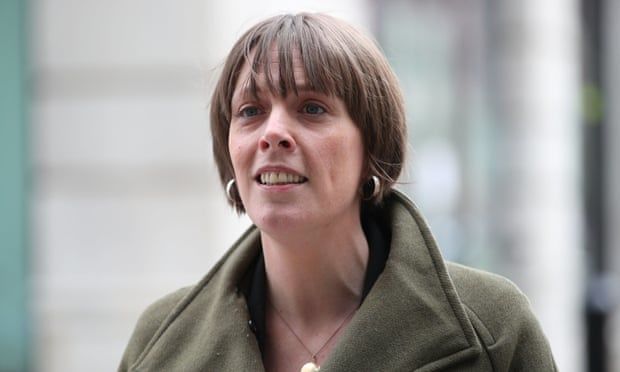 Workplaces as run down as parliament would cause picketing, says Jess Phillips

Speaking at the Hay festival in Wales, the MP for Birmingham Yardley said “the place is just falling apart” and that she often found rodents running around at her feet. “I once took a mouse back to my office because it had run into my bag,” she said, adding that if parliament were any other workplace “it would be condemned”.

She went on to describe toilets leaking into her office and said masonry was “falling on a daily basis”.

The shadow minister for domestic violence and safeguarding said that if her constituents were working in such conditions, they would think it was “unfit for human habitation” and hold their employers to account.

Phillips, who said she aimed to “lift the lid” on her profession with her book The Life of an MP, said “there’s all sorts of weird things” about her job.

As well as the crumbling work environment, the 40-year-old criticised the “stupid” rules that MPs were expected to follow, such as having to bow to the Speaker in the House of Commons. “I was taught: never bow down to anyone,” she said.

Phillips also expressed disdain at the way she was expected to remember the names of other MPs’ constituencies when she referred to them in the chamber. “I’ve only got two kids and I struggle to remember their names,” she joked.

She was equally dismissive of having to refer to a colleague who has a law degree as a “learned friend” or one who has been in the army as “gallant”. She suggested that spotlighting certain qualifications or professions in this way was unfair. “There’s no ‘caring friend’” as a term to describe someone who has done care work, she said.

Despite taking issue with many of the ways parliament is run, Phillips said people should engage with politics and vote, even if they chose to spoil their ballot.

She said she “sort of” agreed with the Australian model, where citizens must pay a fine if they fail to vote. When people choose not to vote, it is not an “act of defiance”, the MP said: “It is an act of surrender.”
Add Comment