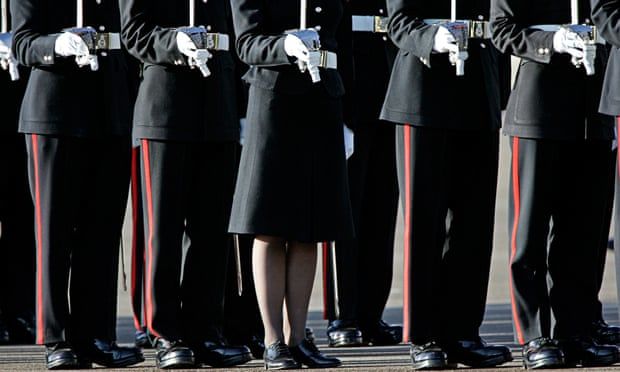 Army veteran Diane Allen tells MPs that women are coerced to withdraw harassment complaints
Women who serve in the armed forces find that they face “a hostile environment” when they are victims of bullying or harassment and try to complain, according to candid testimony given to a parliamentary committee on Thursday.

Diane Allen, who served for 30 years in the British army, told MPs that women were often pressed to withdraw their complaints, reflecting what she said were “mixed messages” from the defence leadership.

“I think it’s a very large problem in the current service, and I do believe women are being coerced to withdraw stories, to change their evidence and to generally be almost gaslighted to withdraw a story and not take it forward,” said Allen, who now represents dozens of female personnel and veterans.

The 30-year veteran said life in the military could be “very good, and it’s a wonderful place to work.” But she added that military service could become “a very hostile environment for those who do find themselves in a vulnerable position”.

Allen was responding to the committee’s chair, the Conservative MP Sarah Atherton, who had said evidence given to the committee suggested that “six out of 10 complaints” were not pursued “because of the chain of command”.

Similar issues were faced by former personnel, said Paula Edwards, a mental health therapist with Salute Her, which works with woman veterans. “As soon as they leave a service [the] complaint is almost forgotten about.”

A total of 4,106 personnel and veterans completed an anonymous survey, and Atherton said “interest in this subcommittee has been immense”. She said 9% of all women serving in the regular forces had already given some form of evidence.

Women make up 11% of the armed forces and 15% of the reserves, according to official statistics, but the committee heard Allen and other witnesses argue that progress towards equality across the military had stalled.

No roles were off-limits in theory, but Allen said there was a problem of inclusion, with women reporting that in male-dominated areas such as the infantry it was not uncommon to hear “overt comments saying they will never be allowed to join their regiment” and “stories of initiation ceremonies designed to embarrass women”.

She said equipment was “still designed for men and simply resized for women”. It was still a “significant problem, equipment does not fit,” she told MPs. Training regimes were not adjusted for women, they were “designed by men for men”, Allen said.

She said another issue was the effectiveness of military police, who have the power to investigate rape and sexual assault cases in the UK. “I cannot see why on the UK mainland we are allowing our service police to do this, it seems perverse and it isn’t working,” she said.

Last year Wallace rejected a review recommendation that in effect would have handed the jurisdiction of such cases over to the civilian justice system.

Allen complained about the lack of independent oversight of the British armed forces. “I believe it’s the only UK public body that has no sort of an Ofsted for defence, it has no body that is independent and can actually look into defence. Defence marks its own homework,” she said.
Add Comment