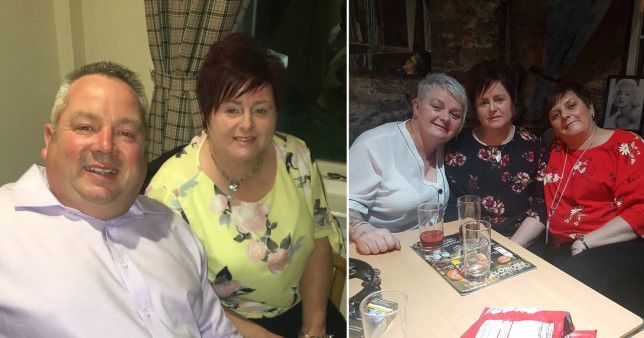 A PPE factory worker died with Covid-19 days after being told by NHS 24 call handlers to ‘take paracetamol and weather the storm’ at home.

Mary Clark, 48, from Dailly, South Ayrshire, died on Wednesday – nine days after she tested positive for the virus.

She fell ill following a major Covid-19 outbreak at the PPE-producing factory where she worked, leading to around 20 staff members contracting the virus, according to The Post.

Following her death, her family have been left ‘incensed’ by the healthcare treatment Mary received.

They said she insisted to her GP that her infection was ‘getting worse not better’, but was passed onto NHS 111 who told her to take paracetamol. Mary told her sisters she had no choice but to ‘lie here and die’.

NHS Ayrshire & Arran said it could not comment on individual cases but extended their condolences to Mary’s family, and encouraged the public to contact them with concerns.

Mary worked alongside two of her sisters Heather Kirkwood, 55, and Margaret Clark, 51, at the Rocialle factory in Grangestone Industrial Estate, Girvan.

Her sisters said Mary was ‘terrified’ of catching Covid-19 and only left the house to go to work. But they said her worst fears were realised when staff began displaying symptoms at work following the Christmas break and were sent home. 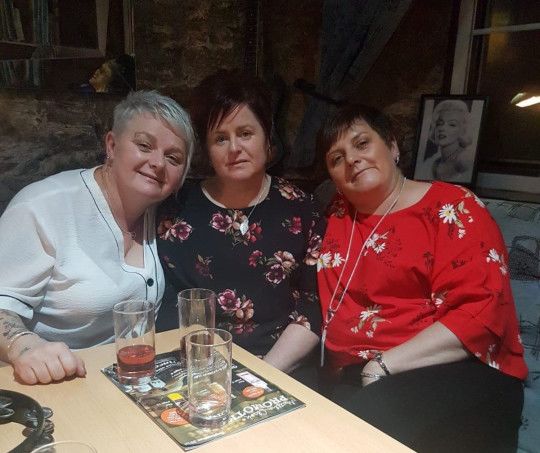 Mary tested positive on January 19 but her symptoms continued to worsen. She suffered with severe nausea and was ‘unable to move’ without vomiting.

Six days later, she called her GP and was passed onto an NHS 111 call handler who advised her to manage her symptoms at home. Two days later, she became ‘incoherent and breathless’ and her family called for an ambulance.

But she suffered a cardiac arrest caused by a blood clot in her lung and died just three hours later.

Mary leaves behind her fiance of 30 years, Colin Grant, 51, who raced to the hospital after being told his partner had suffered a heart attack, along with sisters Heather, Margaret and Marish Fyfe, 52.

The sisters said the death of their ‘Wee Mary Doll’ has left a ‘big hole’ in their hearts, as they called out the healthcare she received.

Heather said: ‘Mary was meant to return to her work on Thursday, instead she died on Wednesday.

‘It wasn’t for the lack of my sister asking for help from the local GPs and the “magic” 111 number – she did phone and she tried to get help.’ 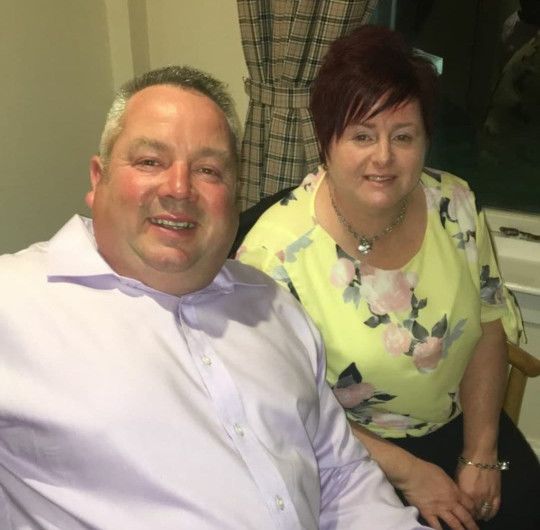 ‘Despite being sick all the time and in pain the call handler has just told my sister to take plenty of fluids, paracetamols and weather the storm,’ added Heather.

‘My sister passed away, of course we will never know what might have happened if they just took a bit more time with her, would she still be here?

‘She didn’t get the care that she deserved, she just had to lay in bed until it killed her. We are incensed by the whole thing, her GP are going to investigate how she was treated.

‘She said “I’m never going to phone any of them again and ask for help, I’m just going to lie here and die” that’s what has happened.’

Heather added: ‘Wee Mary Doll was a character, she has left a big hole in our heart that will never be replaced She was one of them and no one could have said a bad word for her.’

Medical director at NHS Ayrshire & Arran, Dr Crawford McGuffie, said: ‘While we cannot comment on individual patients, we would like to extend our condolences to Ms Clark’s family at this sad time.

‘We would encourage anyone who is unhappy with our services to contact us directly with any concerns they have. This is the only way that we can involve families in the process and provide feedback.’

NHS 24’s Medical Director, Dr Laura Ryan said: ‘NHS 24 is very sorry to hear of the death of Ms Clark and our sympathies are with her family at this difficult time. We would welcome feedback from her family about the care provided by NHS 24.’