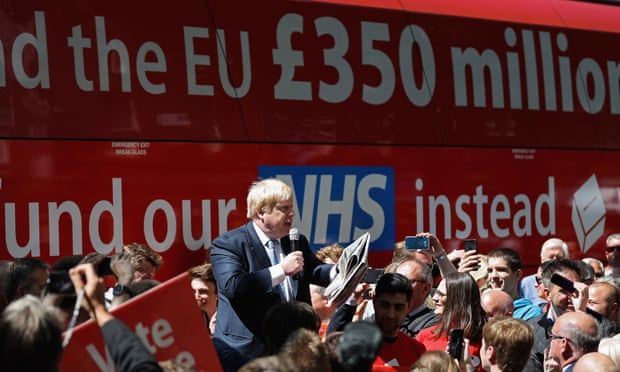 Why the panic among Boris Johnson’s allies? Because they know Brexit is unravelling

There is an air of desperation in attacks from those on the right and their supporters in the press, says the former deputy prime minister Michael Heseltine
Did something change this month? Having proclaimed the Brexit referendum triumph of 2016 as the unique achievement of Boris Johnson and praised his historic success in the election three years later with the slogan “get Brexit done”, did the wreckers of the European dream slowly begin to realise that if Johnson goes, it shifts the sands from beneath their feet?

I’m the president of European Movement – Andrew Adonis is chair – and between us we agreed that this link needed a public airing. Learning from the direct and simple messaging of the anti-European newspapers, we felt the phrase: “If Boris goes, Brexit goes” said it clearly enough. Adonis duly tweeted it, to the horror of the pro-Brexit press.

The past few weeks have been a torrid time for the prime minister. He designed a set of restrictions he said were of critical importance for our safety and for the ability of the NHS to cope with the pandemic. He was right to do so. But disclosures since give the clearest impression that he not only broke the rules, but that he also misled parliament.

Johnson said he would accept the findings of Sue Gray’s inquiry, in stark contrast to his treatment of Sir Alex Allan’s report into the home secretary’s behaviour in 2020.

I believe he is entitled to insist that matters are not prejudged prior to the release of the full findings of the Gray inquiry, and the completion of the Metropolitan police investigation. I do not believe in the rule of the mob.

But a great deal hangs on this. If the prime minister is found to have lied to parliament and to the people, what defence is there to the allegation that the Brexit cause – mired in similar controversy over lies and dissembling – was conducted with the same disregard for the truth?

We all have a clear memory of the Brexit campaign and what was said. That we were being run by Brussels. That European restrictions were holding back our economy and lowering our living standards. That we could keep all the benefits of the single market and customs union, while negotiating trade deals with faster-growing countries in a world that was shifting east. That we had to regain control over our borders. That there would be no new border between Northern Ireland and mainland Great Britain, and that the Good Friday agreement, having ended years of strife, would be fully honoured.

Theresa May became prime minister and immediately handed important offices of state to the three leading Brexiters. Boris Johnson went to the Foreign Office. David Davis went to the Department for Exiting the European Union, and Liam Fox to the Department for International Trade. They had their hands on the levers of power for two years before Johnson and Davis resigned, claiming their jobs were impossible.

Having ousted May, they claimed that a bare-bones trade deal – without most of the benefits of the customs union and the single market – was “oven ready” and would “get Brexit done”. In a straight contest with the unelectable Jeremy Corbyn, Johnson secured his mandate.

Except their deal didn’t “get Brexit done”. Within months it had seriously frustrated trade between Northern Ireland and Great Britain, and the government threatened to tear up the very deal it had itself negotiated to safeguard the position of Northern Ireland. Lord Frost resigned from the cabinet as Brexit minister last December after less than a year, complaining of the Covid strategy but also bemoaning that, regarding Brexit, the correct agenda was not being pursued.

Characteristically, he gave no detail as to what that agenda should have been or who was holding it up, but the villains were familiar: the metropolitan elite, the civil service, the BBC, Brussels, the remoaners – more or less anybody, and now including myself and Andrew Adonis. Everyone except the actual people in positions of power.

That is why February 2022 feels so significant. The cry has been growing louder. The right wing has been circling. Letters have been landing on the chairman of the 1922 committee’s desk. Something must be done. Reshuffle the pack, create a new government department and put yet another Brexiter in charge to pluck all those low-hanging plums that proved beyond the reach of predecessors.

Anyone with experience of Whitehall knows what happens next. The nameplates will change and the same civil servants will have new titles without actually moving their offices. But they will face exactly the same questions that have now been unanswered for five years. What is Brexit all about?

Jacob Rees-Mogg, Lord Frost’s spiritual successor in his new role as minister for Brexit opportunities, has a novel approach. He told the Sun last week that he is bypassing the civil service to ask if anyone else in the country has any ideas about Brexit benefits. Sun readers are invited to write to him with suggestions and he will see what can be done. But that too is revealing. One of the first tests officials apply to new ministers is to ask if they know what they want and to assess whether they have the ability to communicate that to them. I am afraid that Rees-Mogg has not passed this test, which is all the more surprising as he had plenty of time lounging on the government frontbench, listening to suggestions from Brexit-supporting Tory MPs.

So did something happen in February 2022? Maybe it’s just a feeling, a cloud no bigger than a man’s fist, the first breath of wind before the storm when the Daily Mail and the Daily Telegraph employ two of their most renowned columnists to attack Andrew Adonis and myself, merely for making the point that their hero may have feet of clay and take the Brexit house down with him. Perhaps they have smelled the wind, just as I have.
#Boris Johnson  #Johnson  #Covid

Andy Pep 177 days ago
Yer, keep dreaming. The 40 million who have seen their pay increase 20% since last January might have something to say if they try kicking Boris out for wallpaper or whatever the fools who read the media lies talk about. Those 40 million watched the scum, corrupt leaders, before Boris import cheap labour for 30 years to keep their wages down and job security non-existent. Anybody who even says let's rejoin will be marked as a sell-out for the rest of their lives. Most rejoiners have government paid, whether you go to work or not, jobs so membership doesn't affect them. The fact that they give their countrymen zero consideration is what's unforgivable to most British people.
View all comments (1)Add comment