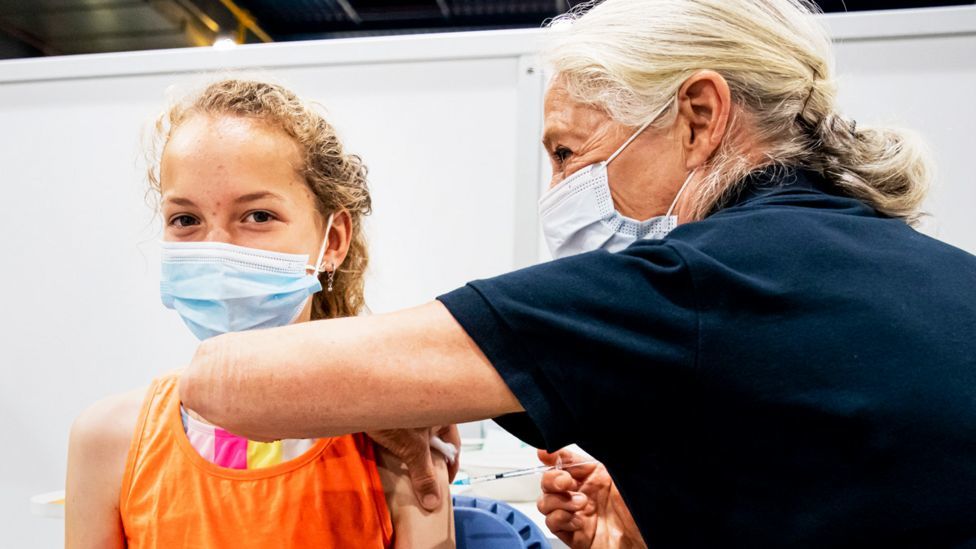 Which children are being vaccinated and why?

Hundreds of thousands of children at higher risk from coronavirus infection are to be offered a Covid vaccine in the UK.

However, the vast majority of children will not be immunised.

Which children will be offered the vaccine?

The evidence on the harms and benefits of vaccination has been reviewed by the UK's Joint Committee on Vaccination and Immunisation (JCVI).

It has recommended vaccinating children aged 12-15 if they are at higher risk of Covid due to:

*  Severe neurodisability (which could include conditions such as cerebral palsy, autism or epilepsy)

*  A severely weakened immune system, including some children with cancer

Those at higher risk who are already aged 16 or 17 can be vaccinated under existing rules.

The JCVI has also recommended immunising 12-17 year olds who live with people who have a suppressed immune system, as a form of indirect protection.

What about those who are nearly 18?

Young people who are within three months of turning 18 will also be offered the jab.

Born in the summer, they would be the youngest in their classes. The aim would be to get them protected before going to university or starting work.

Which vaccine will they get?

It will be the Pfizer-BioNTech vaccine.

This is the only vaccine that has been approved for use in children in the UK. The medicines and safety regulator has given a license for the vaccine to be used in the over 12s. 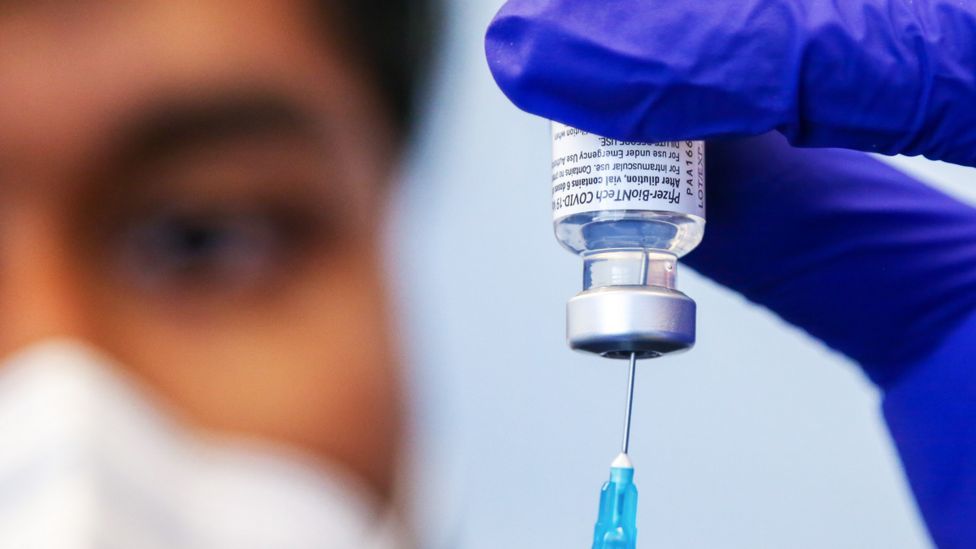 Is the Covid vaccine safe for children?

No medicine is completely safe and all are a balance of risk and benefit.

But the Pfizer jab wouldn't have been approved for UK use if it wasn't considered safe.

The vaccine has been linked to incredibly rare cases of inflammation of the heart muscle (myocaritis) and of the sac the heart beats inside (pericarditis). This was found to be more common in younger men and after a second dose.

But the European Medicines Agency - which approves vaccines for the European Union - says there have been one-to-two cases per million people given the vaccine. Nearly everyone made a full recovery.

What are other countries doing?

Many countries have already decided to vaccinate children over the age of 12 - including Canada and Brazil.

The EU approved the Pfizer vaccine for over-12s in May - after a study found a similar immune response in 12- to 15-year-olds as for 16- to 25-year-olds. Children were also found to experience the same common side effects, such as headaches.

*  In the EU - France, the Netherlands and Italy have begun jabbing children

*  The US is recommending that all over-12s be vaccinated, citing a rare but serious illness (Inflammatory Multisystem Syndrome) that can occur after being infected by Covid

*  The Hong Kong government rolled out the Pfizer vaccine to over-12s, partly to allow them to "return to normal campus and daily life as soon as possible"

Both Pfizer and Moderna are conducting trials of their vaccines on children as young as six months old.

Will all UK children be offered the vaccine?

No, or at least not yet.

The government's vaccine advisors say the benefits of being vaccinated are very small in healthy children. This is because so few children become seriously ill or die from Covid.

However, the JCVI is waiting for more safety and effectiveness data to see if more children should be offered jabs.

There is no vaccine currently approved for use in the under 12s in the UK. 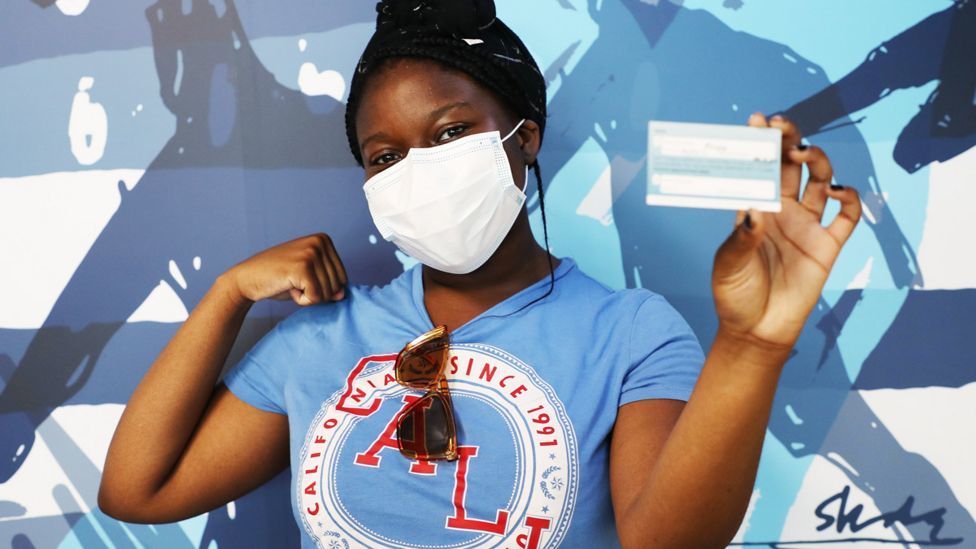 How many children have died from Covid?

Almost all children and young people are at very low risk from Covid-19.

Data for England suggests about 25 children died from Covid in the first 12 months of the pandemic.

The majority of them also had severe health problems, including complex neurodisabilities.

Only six had no recorded health conditions.