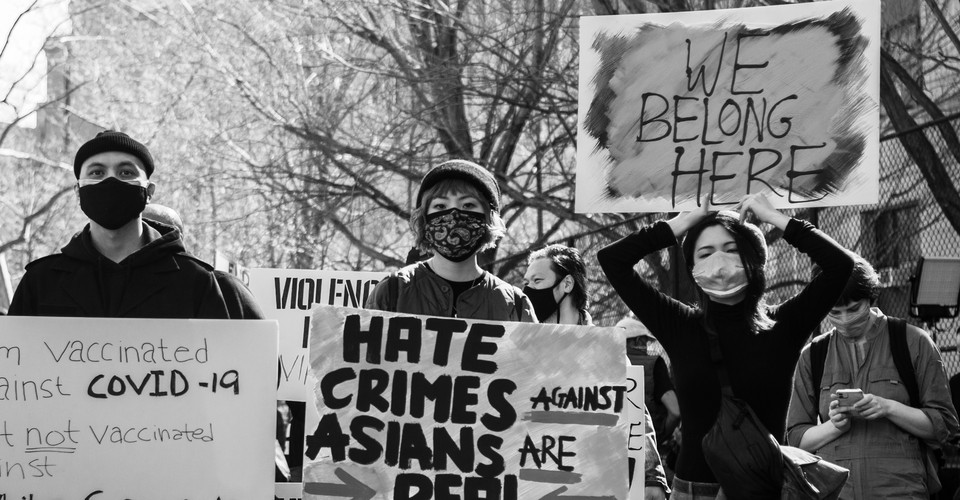 Far too few of our leaders have spoken up.

The pandemic has been challenging for all of us, but Americans of Asian descent have had to deal with an additional crisis that accompanied the arrival of COVID-19: an alarming increase of hate, vitriol, and harassment directed at them simply because of their ethnic backgrounds or national origin.

This disturbing reality has only recently spilled out into public view, but it’s nothing new for Americans of Asian descent. Over the past year, we’ve heard countless horrifying stories from friends and family about what they’ve endured. Asian Americans are being harassed at the grocery store, blamed for the coronavirus crisis, and yelled at to “go back to China.”

And, sadly, some Asian Americans have been the victims of more than just harsh words. Elderly men and women were physically assaulted in California and Arizona; a father and his two young children were stabbed in a Texas parking lot; and, most recently, six Asian American women were murdered in brutal attacks on several Georgia spas. All of these incidents reinforce the concern and vulnerability that many Asians in America feel as this hatred seems to rise, unabated.

While reports of hate crimes declined last year in 16 of America’s largest cities, reports of those against Asian Americans surged nearly 150 percent. A Pew Research survey conducted in June, just a few months into the pandemic, found that an astonishing 31 percent of Asian Americans said they had experienced some form of discrimination since it began.

But these statistics simply quantify what we already know. Asian American communities throughout the country are facing challenges that they have not seen in many years—perhaps decades. Too often, these attacks don’t receive the attention that they should. As a result, the victims are less likely to tell their stories, because they’re not sure it will make a difference.

We urge leaders across the country, in both the public and private sectors and across the political spectrum, to clearly and forcefully denounce the hate. Far too few have spoken up directly to condemn these acts. Words—or the lack thereof—matter.

But words should be accompanied by action. In Maryland, we are directing state and local law-enforcement agencies to increase their enhanced-visibility patrols to keep our communities safe, issuing awareness bulletins to help ensure the safety of Asian-owned businesses, and launching a campaign to encourage victims and witnesses to report incidents to Maryland’s hate-crimes hotline.

At all levels of government, policy makers should address the linguistic and cultural barriers that prevent Asian Americans with limited English proficiency from interacting with and accessing law-enforcement services. Congress should pass legislation that improves and fully funds data collection and reporting of hate crimes against Asian Americans. Federal prosecutors and law enforcement should vigorously investigate alleged hate crimes against Asian Americans and fully enforce existing civil-rights laws.

Beyond the policy changes, however, leaders should remind all Americans that what we have in common binds us together as one nation, regardless of ethnicity or national origin. Our nation is strengthened by immigrants and the descendants of those who came to America looking for a better life. Every day, we wake up with the hope that we can create a better life for our families. In America, such opportunities aren’t limited to people of one race, religion, or ethnic background. That’s part of what makes our nation special.

But today, it feels as if our country is being torn apart by those who would seek to divide us based solely on our identities. The hate behind these attacks is not driven by patriotism. It is driven by a misplaced fear of the “other.” But the victims—Asian Americans throughout our country—are not the “other.” They are our fellow Americans.

One of our national mottoes is E pluribus unum—“Out of many, one.” Part of meeting that challenge is working together to confront the things that threaten to tear us apart. We hope that leaders across our country will speak forthrightly about the need to defeat anti-Asian hatred and violence. Our fellow Americans are counting on us.