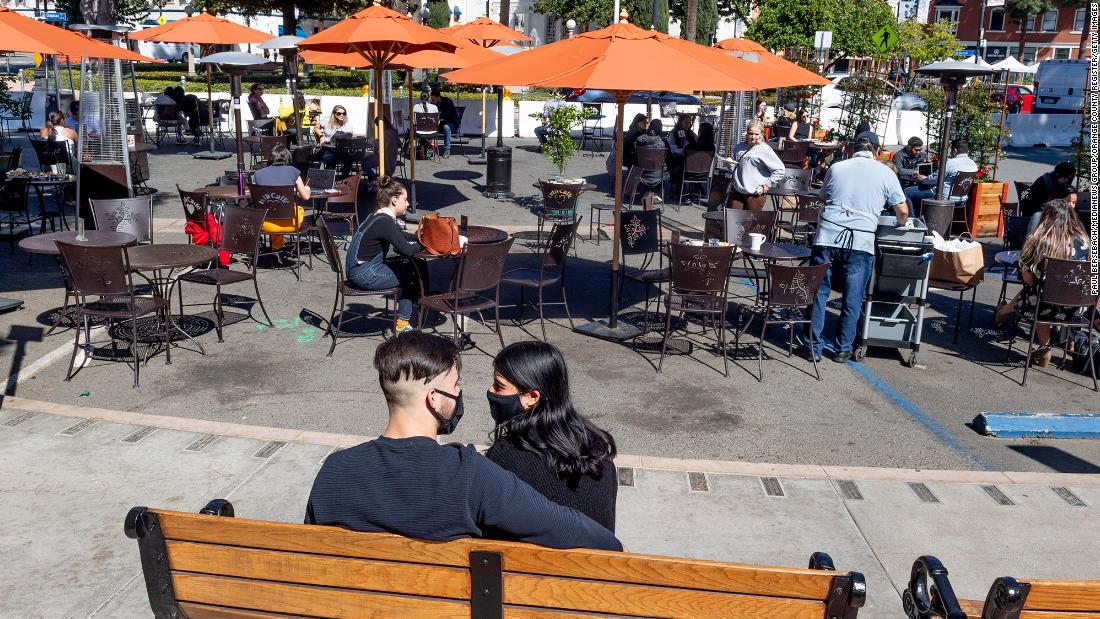 American consumers are growing more confident as the light at the end of the pandemic tunnel becomes brighter.
The rollout of Covid-19 vaccines, President Joe Biden's call on states to make shots available to all adults by May 1, and the new $1.9 trillion stimulus package signed into law Thursday, create a powerful cocktail of good news to help Americans feel better about the economy.

Preliminary data collected in the University of Michigan's consumer survey showed that respondents felt much more optimistic in March.

The consumer sentiment index rose to 83 points, up from 76.8 in February. Although that's still below the level from a year ago, it was stronger than experts had predicted.

Notably, the survey was conducted before President Biden signed the stimulus bill Thursday and reflects only an expectation of more government aid.

"Consumer sentiment rose in early March to its highest level in a year due to the growing number of vaccinations as well as the widely anticipated passage of Biden's relief measures," said Richard Curtin, chief economist for the Survey of Consumers.

Even though all socioeconomic groups grew more optimistic this month, the biggest improvements were concentrated among those in the bottom third of income distribution, as well as among respondents aged 55 and older, Curtin said.

Survey respondents also upped their assessment of current economic conditions, as well as their expectations for the future, according to the data.
The new stimulus package includes direct checks to qualifying individuals with the intention to bolster spending in the months to come.

Economists have warned that inflation could pick up significantly as the economy reopens and Americans reopen their wallets.

The survey also found increased expectations for higher inflation, as well as higher mortgage and other loan rates, for the year ahead.

Rising inflation could be a sign that the subdued economy is recovering more rapidly, but if prices go up too quickly, the Federal Reserve could be forced to raise interest rates to keep the economy from overheating. This dynamic has been the bogeyman of Wall Street in the past several weeks, pushing bond yields higher and periodically weighing on stocks.
#COVID-19  #Joe Biden  #Covid  #Vaccines
Add Comment